Zero Deaths from Colloidal Silver and Other Supplements 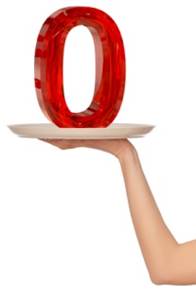 A brand new report has been released from the American Association of Poison Control Centers, documenting the number of deaths that occurred in 2013 from some 400,000 substances tracked by the organization.

Yes, colloidal silver is one of the 400,000 substances they track, along with most other nutritional supplements, as well.

But can you guess how many deaths were attributed to these supplements, including colloidal silver? Here’s the straight scoop you won’t hear anywhere else…

Each year, I like to watch for the report from the American Association of Poison Control Centers National Poison Data System (NPDS), published in the journal Clinical Toxicology.

The report lists all deaths from nutritional supplements, as well as from thousands of other substances ranging from household products such as laundry detergents and cleaning products to over-the-counter medications and pain-killing drugs (up to 400,000 substances are tracked in their database annually).

In the recently released 31st Annual Report, which covers data from the year 2013, the nation’s 57 main regional poison centers logged in 2,188,013 reported cases of human exposure to various substances, plus 59,496 reported cases of animal exposure.

The largest number of deaths from those exposures were due to cardiovascular drugs, which tied for first place with exposure to the pain reliever, Acetaminophen (Tylenol users beware).

The report shows there were ZERO deaths from nutritional supplements, including:

So where did colloidal silver fit into the picture, in the Association of Poison Control Centers report?

Yes, colloidal silver is indeed one of the substances they track in the electrolyte, mineral and multi-mineral supplements categories.

And yes, as you’ve likely guessed by now, there were zero deaths reported for colloidal silver, as well.

Where Are All of the Bodies?

These kinds of results for nutritional supplements have pretty much been the case for the past 31 years, according to the Orthomolecular Medicine News Service. The extremely low toxicity of natural health substances is simply irrefutable.

Meanwhile, the Journal of the American Medical Association has reported that there are an astonishing 106,000 deaths from Big Pharma’s toxic prescription drugs each and every year. That’s over one million people every ten years who die from properly prescribed and properly administered drugs!

Indeed, Big Pharma spends something like $4 billion annually on media advertising for their drugs. Yes, that’s billion with a “b.” And yes, that’s every single year.

So with that kind of money coming into their coffers, the major news media have a vested financial interest in promoting Big Pharma’s side-effect laden drugs, while working to discredit natural health remedies such as colloidal silver which allow people to successfully handle many of their own health and medical issues without the need for drugs or doctors.

This is precisely why the big news networks so snidely portray natural health remedies as dangerous “snake oil” remedies – even as they collectively rake in billions of dollars annually from the big drug makers in return for promoting some of the most deadly and side effect-laden drugs in the world.

My question: Where are all of the bodies?

I’ll tell you where they’re at: They’re at the doorsteps of Big Pharma and their news media lackeys who won’t tell the public the pure, unadulterated truth – the truth that supplements rarely kill anyone, while pharmaceutical drugs routinely kill.