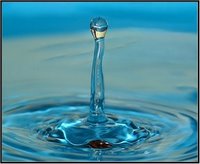 The FDA does not want you to know about the phenomenal infection-fighting qualities of colloidal silver (i.e., silver ions, also known as ionic silver). Yet brand new studies being conducted by a wide variety of Big Business enterprises interested in using silver as an anti-microbial agent are showing that safe, simple ionic silver is able to kill many of the most deadly pathogens known to man.

In the study described in the news article that follows, a company called NVID International Inc. has developed a new technology designed to inject very small amounts of ionic silver into the drinking water supply. The study results demonstrate that with only 78 parts per billion of silver ions injected into the city water supply, ALL fecal coliform bacteria were wiped out.

It is important to note here that 78 parts per billion is an extremely small amount of silver. Colloidal silver generators, such as the new Micro-Particle Colloidal Silver Generator from www.TheSilverEdge.com make ionic silver in the parts per million range, which means the colloidal silver solutions produced by such a machine are approximately 1,000 times stronger than that used in the study described below. (1 part per billion is one microgram per liter of water, whereas 1 part per million is one milligram per liter of water. A microgram = 1/1000 of a milligram. In other words, you get 1,000 times more silver per liter with a microgram than with a milligram).

This means that a generator like the new Micro-Particle Colloidal Silver Generator allows you to produce an ionic silver solution with approximately 1,000 times the microbial killing power than those used in the study below. But don’t let that overshadow the point: it takes only a very small amount of colloidal silver (i.e., ionic silver) to kill numerous forms of pathogenic microorganisms.

Additionally, tests by NVID International Inc. confirmed that ionic silver killed nine different kinds of extremely serious pathogenic microorganisms, including microbes know to be resistant to the prescription antibiotic Vancomycin which is considered to be the “antibiotic of last defense” against drug-resistant bacteria.

In other words, ionic silver was able to kill the microbes even Vancomycin couldn’t kill. And it was able to do so in within one minute at very low levels! Here is a list of the pathogens from the article below that NVID International, Inc. has demonstrated ionic silver to be effective against:

Would You Rather Have Colloidal Silver or Viruses Sprayed on Your Lunch Meat?

It is interesting to see Listeria monocytogenes on this list of pathogens that were shown to be destroyed by even small amounts of colloidal silver. Only recently the FDA has deemed Listeria to be such a threat to human health that it approved the spraying of foods such as lunch meats and poultry with a cocktail of viruses – yes, viruses — that allegedly prevent Listeria from spreading.

The FDA claims these viruses are “harmless” to human health, and that eating viruses with your lunch meat or poultry is a good trade-off for the ability to avoid a nasty Listeria infection.

But since colloidal silver has been demonstrated to kill Listeria in independent clinical studies (see the news article below), you’d think the FDA would go that route instead, wouldn’t you?

After all, other recent studies have demonstrated conclusively that colloidal silver, when sprayed on meat, destroys greater than 90% of the disease-causing microbes on the meat. Here is a quote from one recent study conducted by the Animal Science Food Safety Consortium at Kansas State University:

Treating beef flank with 32 ppm colloidal silver (Ag) solution had a bactericidal affect on Salmonella spp. and Escherichia coli O157:H7, resulting in a greater than 90% reduction after 240 min. Samples inoculated at 104 log CFU/ml with Salmonella spp. or Escherichia coli O157:H7 and treated with 32 ppm colloidal silver demonstrated a 1.23 and 1.58 log10 CFU/cm2 reduction, respectively after 240 min when compared to untreated samples (P<0.05).> Atomic Absorption Analysis of treated beef samples yielded residual Ag well below the Environmental Protection Agencies (EPA) allowance for 3 oz of red meat. Although not yet approved for use on foods, a colloidal silver rinse implemented in conjunction with other intervention technologies during the carcass conversion and/or fabrication process could be an effective intervention technology against Salmonella spp. and Escherichia coli O157:H7.

Unfortunately, the FDA refuses to remove its blinders when it comes to the use of colloidal silver. Ever since their ridiculous “Final Ruling” in June 1999 when they were laughed to scorn for pronouncing colloidal silver “not safe and effective” for infection-fighting uses, they have waged a long war against the use of this powerful natural substance regardless of how many clinical studies to the contrary reveal its incredible effectiveness against infectious microorganisms.

To learn more about how to use colloidal silver safely and effectively to heal infections, boost immunity, and restore health and well-being, see the inexpensive new, studio-quality 60-minute Colloidal Silver Secrets video at https://www.colloidalsilversecretsvideo.com/ while

it is still on sale for under twenty bucks.

And if you are interested in colloidal silver knowledge that is absolutely encyclopedic in scope, be sure to check out the newly updated 547-page Ultimate Colloidal Silver Manual at https://www.ultimatecolloidalsilvermanual.com/

Here is the news article about the study proving that ionic silver can rid municipal drinking water of pathogenic microorganisms in a matter of days, and kill the Listeria food-poisoning bacteria in just minutes…

The 4-month study was conducted in the municipal water system of Grecia, a community of 60,000 people just west of San Jose, Costa Rica. EPA protocols were followed in the study and all testing was performed as described in the Standard Methods for the Examination of Water and Waste Water, 19th Edition, 1995. The objective of the study was to determine the effectiveness of Axenohl as a disinfecting agent in municipal water system applications.

Prior to testing, the Grecia water supply was contaminated with coliform bacteria and was not potable. After treatment with 78 parts-per-billion (PPB) of Axenohl concentrate, the fecal coliforms went from greater than 200 CFU/100ml to zero in a period of 10 days. No other disinfectants or chemicals (including chlorine) were used in conjunction with Axenohl during the testing period. All water samples taken downstream had less than 50 PPB Axenohl, which falls within the current EPA and European water treatment guidelines for the presence of silver. Additionally, Axenohl proved to control and reduce the presence and growth of biofilm in the piping distribution network. The community of Grecia intends to continue the usage of Axenohl in its water supply network.

The data from this study will be submitted to JAMA (Journal of the American Medical Association) and WHO (World Health Organization) for peer review, and ultimately White Paper publication. The project demonstrates the effectiveness and potential of Axenohl as a replacement for traditional water treatment agents.

Under a license agreement from NVID, Innovative Medical Services (Nasdaq:PURE) and Sistecam S.A. teamed together under the direction of Andrew Arata, inventor of record for Axenohl, to implement the costly and time-consuming Grecia drinking water project in Costa Rica.

“The Grecia test results are one more example that prove NVID’s aqueous antimicrobial ionic silver technology can realistically be viewed as a breakthrough disinfectant,” stated David J. Larson, president NVID International. “Axenohl can effectively compete with traditional water treatment disinfectants without creating any known disinfection by-products, such as trihalomethanes (THM), which have been proven to be carcinogenic.”

Axenohl is NVID’s non-toxic antibacterial technology that uses the biocidal properties of stabilized ionic silver to kill bacteria, viruses and fungi. Axenohl does not include the use of traditional disinfectants such as quaternary ammonium salts, phenols, glutaraldehyde, chlorine or bromine compounds.

The Axenohl formulations have been designed to compete, and/or replace these products while eliminating the associated environmental hazards.

Additionally, the technology may prove to be revolutionary in the healthcare market for treatment of disease, including human and animal infections and wounds. The disinfection efficacy of Axenohl has been well documented by independent testing laboratories. Axenohl eliminates the following test organism strains all within one minute and 99.9999% efficacy.

NVID International Inc., based in Clearwater, manufactures and markets patented and patent-pending proprietary ionization disinfection technologies that substantially reduce or replace traditional disinfectants such as chlorine or bromine.