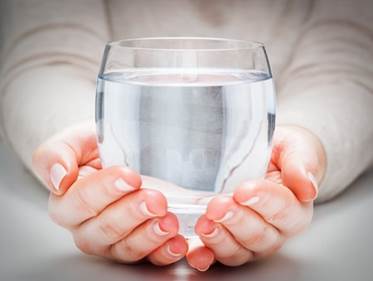 If you’re a prepper, or if you just want to have some water stored for the long-term in case of earthquake, fire, terrorism, civil disorder or other potential dangers, you’ll need to make sure the water is thoroughly disinfected during storage so microbes don’t get a chance to grow in it.

Thankfully, colloidal silver can effectively be used for disinfecting water during long-term storage. And there’s another substance you can add, as well, that’s said to boost the disinfectant power of the colloidal silver by up to 1,000 times.

There are as many opinions on how much colloidal silver to use for keeping water disinfected during long-term storage as there are people using it.

In other words, everyone has a different opinion, and most of them are based on either hearsay or personal experience.

Because water quality differs from town-to-town, region-to-region and state-to-state (and sometimes even from house-to-house), what works best for one person might not work as well for another.

This means a five gallon container of water being put into long-term storage in my home would get 10 ounces of 10 ppm colloidal silver. Yes, that’s overkill. But again, I want to make sure my stored water is safe to drink when the time comes to use it.

Many years ago there was a McGill University study on the use of silver and hydrogen peroxide for the treatment of sewage water. The link I had to that study is now dead. But according to the study, adding hydrogen peroxide to the colloidal silver-treated water increases the decontamination and disinfection of common microbes such as e. Coli by anywhere from 100 to 1,000 times!

Extrapolated to a five gallon storage container, this would suggest the use of 23 drops of standard 3% household hydrogen peroxide, along with about two ounces of a standard 10 ppm colloidal silver solution.

Again, I’m one who believes in overkill in a situation like this where long-term water storage is involved, so I’ve doubled those numbers in my own water storage program, when I choose to add both colloidal silver and hydrogen peroxide together.

My personal opinion is that it’s best to use either of these methods (i.e., colloidal silver alone, or colloidal silver with hydrogen peroxide) both BEFORE placing the water into long-term water storage, and then again AFTERWARDS.

In other words, I’ll add my colloidal silver (or colloidal silver and hydrogen peroxide) before putting the water into storage. And then, when the stored water is needed, I’ll repeat the process before using the water, just in case there was some kind of re-contamination of the water during long-term storage.

Finally, for maximum protection, filtration of the water after long-term storage is very important, in order to get rid of any protozoal cysts such as Giardia that may have been lurking in the stored water from the start.

Many protozoal cysts (of which Giardia is the most common in the U.S.) are not affected at all by the relatively small amounts of colloidal silver, hydrogen peroxide, or even iodine or chlorine bleach frequently used as germicidal and disinfectant agents in water storage.

But because of the relatively large size of these microorganisms (compared to bacteria), filtration through any high-quality gravity fed ceramic filter should do the trick.

In that regard, a company called DoultonUSA has some excellent, gravity fed emergency water filtration units that can filter up to a gallon at a time.

A company called British Berkefeld sells a portable gravity filter, which can hold up to two gallons, and effectively filter up to 10 gallons per day.

What’s particularly neat about the water filters from both of the above companies is that they’re silver-impregnated, so you get additional pathogen germicidal disinfection of the water during the filtration process.

(My company does not sell either of those products, and I don’t have any kind of relationship with the companies, though I do own one of each of the above-mentioned gravity fed water filters.)

When using colloidal silver for water storage, you’ll need to have a lot of it on hand. As I mentioned, I use 10 ounces of colloidal silver per each five gallon container of water I put into storage.

Of course, colloidal silver can be purchased at just about any local health food store, or through a number of online sources including Amazon.com. However, because it’s such a safe and effective all-natural germicide, it’s quite literally one of the most expensive and heavily marked-up products in the natural health field.

Of course, people are willing to pay through the nose for colloidal silver, since it’s safe and natural, and works so effectively against bacteria, fungi, viruses, infections and related diseases.

Yes, you can make it yourself for its actual cost – which is to say, a few pennies per quart – and altogether skip the sky-high mark-ups charged by health food stores!

If you’re interested in learning how to make your own safe, natural, high-quality colloidal silver at home, for about 36 cents a quart, here are some additional short articles you might want to take a look at:

Important Note and Disclaimer: The contents of this Ezine have not been evaluated by the Food and Drug Administration. Information conveyed herein is from sources deemed to be accurate and reliable, but no guarantee can be made in regards to the accuracy and reliability thereof. The author, Steve Barwick, is a natural health journalist with over 30 years of experience writing professionally about natural health topics. He is nota doctor. Therefore, nothing stated in this Ezine should be construed as prescriptive in nature, nor is any part of this Ezine meant to be considered a substitute for professional medical advice. Nothing reported herein is intended to diagnose, treat, cure or prevent any disease. The author is simply reporting in journalistic fashion what he has learned during the past 17 years of journalistic research into colloidal silver and its usage. Therefore, the information and data presented should be considered for informational purposes only, and approached with caution. Readers should verify for themselves, and to their own satisfaction, from other knowledgeable sources such as their doctor, the accuracy and reliability of all reports, ideas, conclusions, comments and opinions stated herein. All important health care decisions should be made under the guidance and direction of a legitimate, knowledgeable and experienced health care professional. Readers are solely responsible for their choices. The author and publisher disclaim responsibility and/or liability for any loss or hardship that may be incurred as a result of the use or application of any information included in this Ezine.