2 Clinical Studies on the Germ-Fighting Effects of Silver Ions 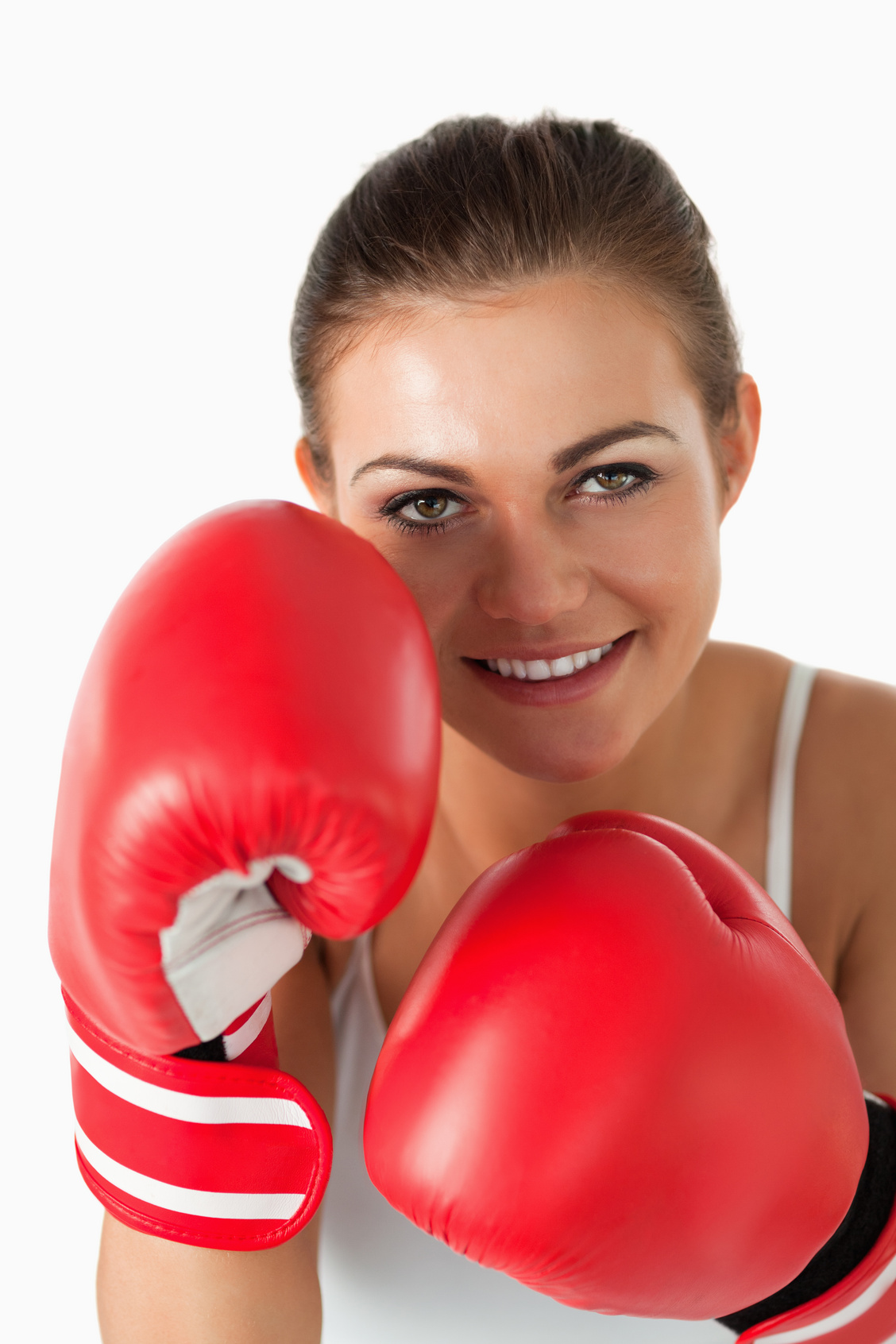 It’s now well-known that silver ions are the active, infection-fighting “specie” of silver.

But exactly how to silver ions kill bacteria and prevent infection from spreading?

We’ll examine that question in this brief article…

There have been numerous studies on the bactericidal effects of silver ions, which are the acknowledged infection-fighting “specie” of silver.

The first if from a study published in December 2000 in the Journal of Biomedical Materials Research, Volume 52, Issue 4, 15.

It’s titled, “A Mechanistic Study of the Antibacterial Effects of Silver Ions on Escherichia coli and Staphylococcus aureus.” The study states, in part:

“Silver ions have long been known to have strong inhibitory and bactericidal effects as well as a broad spectrum of antimicrobial activities.

Some forms of silver have been demonstrated to be effective against burns, severe chronic osteomyelitis, urinary tract infections, and central venous catheter infections…

Similar morphological changes occurred in both E. coli and S. aureus cells after Ag+ treatment. The cytoplasm membrane detached from the cell wall.

A remarkable electron-light region appeared in the center of the cells, which contained condensed deoxyribonucleic acid (DNA) molecules.

There are many small electron-dense granules either surrounding the cell wall, or depositing inside the cells.

The existence of elements of silver and sulfur in the electron-dense granules and cytoplasm detected by X-ray microanalysis suggested the antibacterial mechanism of silver:

DNA lost its replication ability and the protein became inactivated after Ag+ treatment.”

What this means, in essence, is that silver ions are able to target the cell walls of the studied microorganisms, and cause the cytoplasm membrane to become detached.

This opens the microbe up and exposes its DNA to the silver, which deposits itself inside the bacterial cell, destroying the ability of the bacterial DNA to replicate. Hence the bacteria cannot reproduce and spread.

The second clinical study was published in April 2008, in the journal Applied and Environmental Microbiology, Vol. 74, No. 7.

Titled “Antibacterial Activity and Mechanism of Action of the Silver Ion in Staphylococcus aureus and Escherichia coli,” it states, in part:

“Since ancient times, the silver ion has been known to be effective against a broad range of microorganisms.

Today, silver ions are used to control bacterial growth in a variety of medical applications, including dental work, catheters, and the healing of burn wounds.

…The mechanism of the antimicrobial action of silver ions is closely related to their interaction with thiol (sulfhydryl) groups, although other target sites remain a possibility.

Amino acids, such as cysteine, and other compounds containing thiol groups, such as sodium thioglycolate, neutralized the activity of silver against bacteria.

These and other findings imply that the interaction of silver ions with thiol groups in enzymes and proteins plays an essential role in its antimicrobial action, although other cellular components, like hydrogen bonding, may also be involved.

Silver was also proposed to act by binding to key functional groups of enzymes. Silver ions cause the release of K ions from bacteria; thus, the bacterial plasma or cytoplasmic membrane, which is associated with many important enzymes, is an important target site for silver ions.

In addition to their effects on bacterial enzymes, silver ions caused marked inhibition of bacterial growth and were deposited in the vacuole and cell wall as granules.

They inhibited cell division and damaged the cell envelope and contents of bacteria.

Finally, silver ions interact with nucleic acids; they interact preferentially with the bases in DNA rather than with the phosphate groups, although the significance of this in terms of their lethal action is unclear.”

While the science behind this study is a bit more complex to understand, boiling it down, it basically draws the same conclusion as the first study mentioned above, i.e., that silver ions damage and then penetrate the cell walls of the pathogens, and then inhibit bacterial growth and replication by binding to the DNA of the microbes.

Other studies have demonstrated that silver ions damage the cell wall of pathogens through the release of nascent oxygen, which inactivates microorganisms through a process of catalytic oxidation.

“Silver kills bacteria by simple catalytic reduction/oxidation by reacting with any available negative charge…Any organism that is available to the powerful catalytic activity of silver for oxidation is inactivated”.

As stated in the report, “The Development and Functions of Silver in Water Purification and Disease Control,” by Richard L. Davies and Samuel F. Etris of The Silver Institute in Washington, DC:

“Atomic (nascent) oxygen adsorbed onto a bed of silver atoms or ions in solution readily reacts with the sulfhydryl (H) groups surrounding the surface of bacteria or viruses to remove the hydrogen atoms (removed as water) causing the sulfur atoms to form an R-S-S-R bond; respiration is blocked and the bacteria expire.”

And a 2011 study titled Control of Microorganisms in Drinking Water Using Ag-Cu/C Catalysts, which was conducted by the Indian Institute of Chemical Technology in conjunction with researchers at Rensselaer Polytechnic Institute in New York, draws a similar conclusion:

“Silver in its atomic state, has the capacity to absorb oxygen and act as a catalyst to bring about oxidation.

Because oxygen is more electronegative than sulfur, atomic (nascent) oxygen absorbed onto the surface of silver particles in solution will readily react with hydrogen attached to sulfur in the sulfhydryl (- S- H) groups surrounding the surface of bacteria or viruses.

The removal of hydrogen atoms (as water) causes the sulfur atoms to condense to form R- S -S- R bond. This blocks the respiration and causing the bacteria to expire.”

Harvard educated Dr. Jonathan V. Wright, M.D., of the famous Tahoma Clinic in Washington State, insightfully summarizes and explains the process, in his article “Stop Supergerms in Their Tracks With One Powerful Silver Bullet”:

“Silver attacks all three of the germ’s vulnerable targets at once.

First, the silver ions easily rupture a germ’s outer membrane when present in the right amounts, causing the germ’s vital internal components to be exposed in the bloodstream to our white blood cells.

The silver ions then easily attack the germ’s third vulnerable target: its delicate gene pool. Silver ions have the ability to reach into the nucleus of the germ, where its gene pool is located.

Once they combine with the genes, the genes become paralyzed, and the germ cannot replicate itself…

In 1909, the Journal of the American Medical Association was the first medical journal to point out that colloidal silver could actually increase our immune cells’ phagocytic index.

In the past few years, more studies have shown that silver ions greatly enhance the essential second part of the phagocytic index-the part where the germ is digested by our immune cells.

This is brought about because silver ions increase the “digesting juices” (what you know as hydrogen peroxide) of these immune cells.”

The bottom line is that silver ions are widely acknowledged to be the active, infection-fighting “specie” of silver (see Experts: It’s the Silver Ion That Gives Colloidal Silver Its Antimicrobial Power,).

And they stop infection by first attaching to the cellular membrane of pathogens and disrupting its function through a process of catalytic oxidation utilizing nascent oxygen stored on the surface of the silver atom.

Make Your Own Ionic Silver

To learn how to make your own therapeutic-quality colloidal silver (i.e., pure ionic silver), quickly and easily, in the comfort and privacy of your own home, and for less than 36 cents a quart, just click the link in this sentence.

Meanwhile, I’ll be back next week with another great article on colloidal silver…