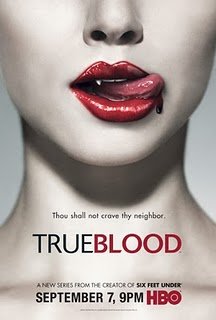 So for years now, I’ve wondered why modern vampire TV shows and movies have yet to catch up with the times and replace those stupid silver bullets with colloidal silver.

After all, spraying the fanged nasties with an aerosol mist of colloidal silver from a pump spray bottle opens up a whole new plotline for the good guy characters in these modern-day sex-and-blood vampire fests.

Besides, you’ve got to admit that using colloidal silver as a weapon against a pack of sexy vampires is a helluva lot more entertaining than firing silver bullets from a handgun at some silly looking Transylvanian guy wearing a dark cape and living in a musty old castle.

Is Hollywood Finally Catching Up With the Times?

So back in 2004, I thought it was pretty darned cool when – finally! – some of the good guys in Wesley Snipe’s epic vampire-hunter movie, Blade Trinity…

…sprayed atomized colloidal silver into the ventilation system of a vampire den to destroy as many of the fanged bloodsuckers as possible before entering on a search-and-destroy mission.

Now, in this week’s episode of HBO’s racy vampire soap opera, True Blood, they’ve added a touch of humor to the concept.

The main vampire character, Bill, was ruthlessly sprayed in the face with colloidal silver by fellow vampire Pam…

…who was trying to prevent him from rescuing his telepathic human girlfriend, Sookie, who in turn, always seems to be getting in trouble with other vampires.

As she sprayed vampire Bill in the face, vampire Pam wise-cracked, mercilessly, “Colloidal silver. In-stock and overpriced at your neighborhood health food store.”

After all, never in this show have such truer words been spoken!

I’d swear the show’s writers must have been reading my colloidal silver advertising.

Afterwards, when the vampire’s girlfriend, Sookie, asks Bill what happened to his face, he replied, dryly,“Silver particles in water.”

I can only hope it was Micro-Particle Colloidal Silver…

…after all, it’s a lot cheaper than the store-bought stuff…

Ya’ gotta love it, folks. The truth is finally coming out.

After years of working to bring colloidal silver to the attention of the American public, it is finally going mainstream.

Although, if you’d have told me ten years ago that it would take a bunch of actors pretending to be vampires to bring colloidal silver to the collective conscience of the American public, I’d have probably laughed you out of the room!

But Does Colloidal Silver Have Bureaucratic Approval
for Use Against Blood-Sucking Vampires?

Let’s get serious for a moment, folks.

In real life, the Food and Drug Administration (FDA) would never approve colloidal silver for use against vampires.

After all, if the FDA found out people were using colloidal silver to keep the vampires at bay, they’d immediately have no choice but to carry out their long-time threat to ban its use.

Because the FDA is nothing more than the enforcement arm of Big Pharma. And collectively, Big Pharma has got to be the greatest pack of blood-sucking vampires on the face of the earth.

The Environmental Protection Agency (EPA) is another federal government bureaucracy that most definitely would never approve colloidal silver for use against vampires.

Just ask any radical environmentalist bloodsucking huckster on the payroll of Big Pharma.

Okay. I’m having great fun with all of this.

And I hope I don’t need to tell you this post is merely satire. (Or is it?)

But just in case, and for maximum protection, make sure you keep a pump spray bottle full of colloidal silver next to your bed stand at night – right next to your handgun and your silver bullets.

It’ll definitely keep the “vampires” away – particularly the bacterial, viral and fungal vampires that truly can suck the lifeblood from anyone they sink their pointed little fangs into…

…IF you don’t take care of them quickly and effectively with colloidal silver, of course!