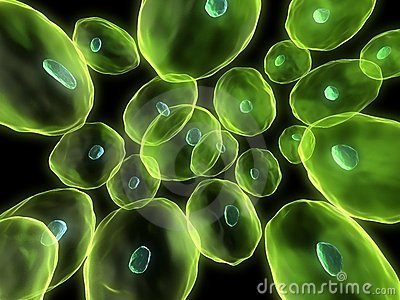 While radical U.S. environmental researchers are working overtime to create the illusion that silver nanoparticles are harmful to human cells…

…researchers from other parts of the world are re-discovering the fact that silver nanoparticles actually PROTECT AND HEAL human cells.

In the article at this link, you’ll learn that researchers from the Department of Cell Biology, Immunology and Neurosciences of the Faculty of Medicine at the University of Barcelona, along with researchers from several other institutes, have discovered that very small numbers of silver atoms can protect cells against damage caused by ethanol.

The most obvious use for this discovery is in aiding the healing of damage to cells and tissues caused by alcoholism.

According to the article:

The results of the study show that these clusters of small numbers of silver atoms catalyze ethanol oxidation at similar concentrations to those found in the blood of alcoholics and at values of membrane potential and pH that are compatible with those exhibited by mammalian cells,” explains Gustavo Egea, a professor with the Department of Cell Biology, Immunology and Neurosciences of the Faculty of Medicine at the University of Barcelona.

In other words, silver seems to neutralize the damage to cells caused by ethanol alcohol. Again, according to the article:

Alcohol has particularly harmful effects on nerve cells, and in the specific case of astrocytes it induces programmed cell-death and an alteration of the actin cytoskeleton.

Following application of the silver nanoparticles to ethanol-exposed cells, the actin cytoskeleton shows marked improvements and cell-death does not occur.

“So, the harmful effect of ethanol on astrocytes is mitigated by the silver nanoparticles, which act as a cytoprotective agent,” explains Javier Selva, a lecturer with the Department of Cell Biology, Immunology and Neuroscience and first author of the paper.

Of course, the term “cytoprotective agent” means the silver protects the cells. This is the exact opposite of what environmental researchers are trying to prove.

The study combines analysis of the electrocatalytic properties of silver nanoparticles with examination of their potential biological applications.

“This is a promising field in electrochemistry applied to cell biology, which harnesses the different properties of nanoparticles formed by very small numbers of atoms, referred to generically as atomic clusters,” explains Gustavo Egea.

So, silver can help protect cells from damage caused by other primary alcohols, as well as ethanol.

…”a disease that develops in some unborn babies when the mother consumes excessive levels of alcohol and which leads to a range of severe neurological disorders.”

Nothing New Under the Sun

Of course, for those who have studied the healing power of silver for any length of time, this new information comes as no surprise.

After all, silver’s healing effects have been known for centuries, and have been “re-discovered” by enterprising researchers many times.

In fact, back in the early 1980’s, it was Dr. Robert O. Becker, M.D., of Syracuse Medical University, who documented the fact that electrically generated silver ions have the remarkable ability to trigger tissue healing in wounds, and even cause cancerous cells to revert to non-cancerous cells.

Silver sulfadiazine cream was also developed during the 1980s. This is a prescription silver-based cream also known as Silvadene. It’s been used for decades now in hospitals and medical clinics to prevent infection and to trigger healing of cells and tissues in the skin of severe burn victims.

What’s more, the above-referenced study on the cell-protective effects of silver nanoparticles comes on the heels of another study from last year…

…which demonstrated that silver nanoparticles can also help prevent blood clotting without causing harm to blood cells. See this link.

What the Environmentalists Don’t
Want You To Understand…

So much for the efforts of the environmentalists to tarnish silver’s reputation by claiming it is “toxic” to human cells.

Listen, here’s what the anti-silver environmentalists don’t want you to understand:

Everything is “toxic to human cells” in some amount. Even water. It’s all dose-dependent.

If, for example, you soak mammalian cells in pure distilled water, it kills them. Yet if those cells don’t get small to moderate amounts of water each day, they wither and die.

In short, water is both deadly to, and vital to, all cellular life.

Yet no one is calling for a ban on water due to its toxic effects on cells at high levels.

…and they immediately begin sounding the clarion call to have silver-based products banned – including colloidal silver!

Yet, as everyone knows by now, when small to moderate amounts of silver are used on cuts, burns, wounds and infections, remarkable cellular healing and rejuvenation takes place.

This has been known for over a century. And in that time countless lives have been saved by silver…countless men, women and children have experienced its healing power.

But by focusing their research solely on silver’s toxicity at excessively high levels, the environmentalists seek to create a consensus that silver-based products should be banned, and extreme regulatory sanctions set into place.

It is time to tell the environmentalists to take their deceptive and biased research, and dump it into the East River.

Leave silver research to the silver experts who are working to bring knowledge of silver’s manifold benefits to the public.