Is There Really Such a Thing as a “Silver Deficiency” in Humans? 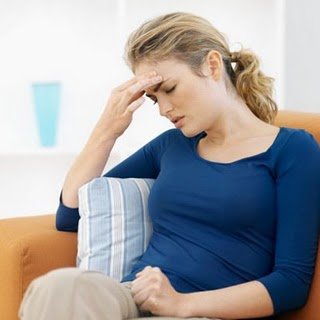 The FDA and other self-proclaimed experts claim there is no such thing as a “silver deficiency” in the human body, because, in their view, the human body has no specific use for silver.

However, many cutting edge researchers strongly disagree, noting that incidences of illness and disease among the general population have skyrocketed simultaneous to the steep decline in the silver content of foods such as fruits and vegetables.

One of the earliest studies reporting specifically on silver content in foods was conducted in 1940, by researcher R.A. Kehoe of UCLA. This study reported that an average daily intake of fruit and vegetables would provide between 50-100 mcg of silver as trace elements.

As shown in Snyder, W.S., “Report of the Task Group on Reference Man”, the average daily dietary intake (including fluids) of silver has been estimated to be a paltry 70 pg/day. This is indeed a startling drop in the silver content of our foods and water!

Silver and all other minerals play important roles in the human body, and if we do not get enough, there are consequences! For example, the mineral iron has the capacity to absorb oxygen and serves as an oxygen transport mechanism in the body. The oxygen rich iron combines with red blood cells to form hemoglobin within the cells. Together they supply the oxygen needs for our body.

Iron is also part of myoglobin, which is the mechanism by which muscle tissue stores oxygen for later use. Some people with iron deficiency (anemia) often feel cold and tired. They feel cold because iron plays a role in regulating the body’s temperature. Iron-deficient people tire easily because their bodies are starved for oxygen. Without enough iron, the body’s fuel cannot be properly synthesized.

Silver also has its role in the body and without enough, there are consequences as well! Indeed, at this time it would be important to note that silver, like iron also has the capacity to absorb and transport oxygen. This fact allows silver to aid and support several oxygen dependant functions in the body, which will be covered within this article.

Many researchers over the years have found indications that prove silver does indeed play an important role in our health and immunity, and deficiency in silver impairs our immune system.

Robert O. Becker, MD, orthopedic surgeon and medical researcher, noticed a correlation between low silver levels and illness. Dr. Becker found that people who had low levels of silver (determined through hair analysis) were sick more frequently and their illnesses lasted much longer than people who had higher levels of silver. He believed a silver deficiency was the reason for the improper functioning of the immune system.

In his best-selling book The Body Electric, and in his other writings, Dr. Becker reported that silver was doing something more than just killing disease-causing organisms. It was also stimulating immune response in humans. He concluded that silver deficiency leads to the improper functioning of the immune system.

He also noticed that silver was responsible for major growth stimulation of injured tissues as silver is a catalyst for the creation of healthy, new cells. Burn patients and even elderly patients achieved rapid healing of damaged tissue with the aid of electrically generated silver ions. In addition, he discovered that cancer cells could be changed back to normal cells when directly treated with electrically generated silver ions.

What’s more, Dr. Becker was not the only one to notice the relationship between silver levels and health. For example, cancer research scientist Dr. Gary Smith also reported a correlation between low silver levels, sickness and immune deficiency.

Dr. Smith found that people who have low silver levels tend to be frequently sick and to have innumerable colds, flus, fevers, and other illnesses. He states; “Success (in cancer treatment) depends on silver in the person’s body. When silver is present, the cancer cells dedifferentiate and the body is restored. When silver levels are non-existent, the cancer growth rate continues because the cells cannot dedifferentiate…I suspect a silver deficiency is possibly one of the reasons cancer exists and is increasing at such a rapid rate.”

Essentially what Dr Smith is saying is this: If there is enough silver in our system, cancer cells – which are mutated cells – will dedifferentiate back to a normal cell. He further suggests that lack of silver in our diets may be at least partially responsible for the increases in cancer we see today.

This is not an unreasonable hypothesis and would also explain the great results that other doctors who use silver to treat cancer have had. For example, Dr. Bjorn Nordstrom of the Karolinsky Institute in Sweden has been using silver in his cancer treatments for many years, and has had great success. He claims silver frequently brought rapid remission in patients who were previously given up on by other doctors.

The research of Drs. Becker, Smith, Nordstrom and others clearly indicate a direct relationship between silver levels in the body and illness. It also illuminates silver’s near miraculous ability to reverse cancer in certain cases, and accelerate the healing of injured tissue.

– reprinted with permission from chapter 10 of the 547-page book, The Ultimate Colloidal Silver Manual, pages 90-91