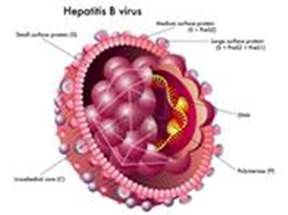 Thankfully, new studies are shedding more light on this topic, demonstrating that silver’s interaction with viral DNA and RNA helps shut down the replication process used by the virus to spread from one cell to another. Here’s the story…

Viruses represent one of the leading causes of disease and death in the world today.

According to the International Committee on the Taxonomy of Viruses, there are 2,480 known species of virus in 395 genera, 95 families, and 6 orders. However, new viruses are being discovered all of the time.

Even more interesting, according to a study in the Journal of Virology, in each cubic meter of air we breathe, there are between 1.6 million to 40 million viruses, depending upon the time of year, weather conditions and other factors.

So at any point in time, we’re quite literally wading through a soup of viruses, and breathing them in.

Thankfully, most of them are plant and animal viruses. But since we breathe in approximately 0.01 cubic meters of air each minute, this means we likely inhale at least several hundred thousand viruses every minute, according to science journalist Malcolm Tang.

While there’s no argument that colloidal silver is the world’s most powerful natural antibacterial and antifungal agent, its ability to protect against viruses is little understood.

However, as more research is conducted, the anti-viral qualities of silver are becoming better known.

Previously, on the Colloidal Silver Kills Viruses website, I’ve documented the famous HIV study in which it was demonstrated in vitro (i.e., in the test tube) that tiny silver nanoparticles were able to prevent the AIDS virus from replicating, by binding to its DNA.

Other studies have helped confirm this hypothesis.

For example, in 2011 the science journal Molecules published an extensive review of medical studies demonstrating silver nanoparticles to be effective against viruses, including:

The study is titled Silver Nanoparticles as Potential Antiviral Agents, and its authors concluded:

“Metal nanoparticles, especially the ones produced with silver or gold, have proven to exhibit virucidal activity against a broad-spectrum of viruses, and surely to reduce viral infectivity of cultured cells.

In most cases, a direct interaction between the nanoparticle and the virus surface proteins could be demonstrated or hypothesized.

…Besides the direct interaction with viral surface glycoproteins, metal nanoparticles may gain access into the cell and exert their antiviral activity through interactions with the viral genome (DNA or RNA).

Furthermore, the intracellular compartment of an infected cell is overcrowded by virally encoded and host cellular factors that are needed to allow viral replication and a proper production of progeny virions.

The interaction of metal nanoparticles with these factors, which are the key to an efficient viral replication, may also represent a further mechanism of action.”

In other words, silver’s anti-viral activity begins at the virus surface, and appears to continue as the silver particles penetrate the virus and begin to interact with viral DNA and RNA, thus preventing viral replication.

And as the old saying goes, “No replication. No infection.”

Silver and Hepatitis B

In another study, this one conducted by scientists at the University of Hong Kong, and published in the journal Antiviral Therapies in 2008, it was also demonstrated in vitro that very tiny silver particles have the ability to reduce viral DNA formation by more than 50%.

According to the Hong Kong researchers, the silver appeared to interact with viral DNA in such a way as to prevent replication.

This is especially important, because it implies that silver not only prevents viruses from infecting cells, but can also stop cells that are already virally infected from spreading the infection.

According to a research abstract from the University of Hong Kong, the scientists examining the action of silver particles on the Hepatitis B virus “hypothesized that the direct interaction between these nanoparticles and HBV double-stranded DNA or viral particles is responsible for their antiviral mechanism.”

The scientists point out that this only demonstrates the effectiveness of very tiny silver particles against the HBV (i.e., hepatitis B virus), and not necessarily other viruses.

Nevertheless, once again we have a study demonstrating conclusively that very tiny particles of silver have the ability to interfere with viruses, preventing them from interacting with human cells and causing infections.

According to a news article about this study, the researchers discovered that:

“Hepatitis B is one of the worst killers as it chronically infects over 400 million people worldwide, with certain developing countries and regions hit hardest.

…ultra-tiny silver particles could reduce the extracellular DNA formation of HBVs by over 50 percent, and could check their intracellular RNA formation, too.

The researchers said there are currently only two kinds of drugs approved for treating chronic HBV infection, namely immunomodulators and nucleoside analogues. But their uses are affected by side effects and drug-resistant mutations.

For more information on the little-known but quite substantial anti-viral qualities of colloidal silver, see the Colloidal Silver Kills Viruses website.

To learn how to make your own high-quality colloidal silver for less than 36 cents a quart, with a brand new Micro-Particle Colloidal Silver Generator from The Silver Edge, here, just click the link in this sentence.

Also, be sure to get your FREE copy of the Colloidal Silver Safe Dosage Report, to learn how to calculate your maximum safe daily dosage level based on your body weight and the ppm of the colloidal silver you’re using.