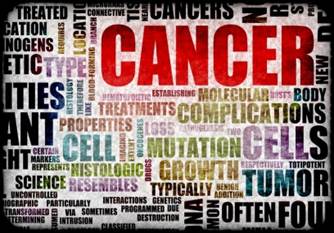 In a 2010 study conducted by researchers from the Department of Biotechnology, Division of Molecular and Cellular Biology, at Kalasalingam University in India, researchers found that silver nanoparticles caused Dalton’s lymphoma cancer cells to self-destruct, reducing tumor progression and increasing lifespan in the animals tested.

What’s more, the cancer cells were caused to self-destruct without any toxic harm to surrounding cells or organs, putting the lie to the propaganda claims from silver detractors that “silver harms normal cells.”

This, of course, isn’t the first time researchers have found silver to be safe and effective against cancer cells. And thankfully, research into silver as an anti-cancer agent is continuing. Here’s what researchers were able to discover in this particular study…

In this study, titled “Anti-tumor Activity of Silver Nanoparticles in Dalton’s Lymphoma Ascites Tumor Model,” published in September 2010 the International Journal of Nanomedicine, researchers confirmed the antitumor properties of silver nanoparticles against a form of cancer called Dalton’s lymphoma, and suggested they may be a cost-effective alternative in the treatment of cancer.

This particular cancer is characterized by its highly invasive nature and its immunosuppressive properties, meaning it rapidly wears down the immune system as it spreads.

The researchers tested the silver nanoparticles against Dalton’s lymphoma ascites tumor model both in vitro (i.e., test tube study on cancer cells) and in vivo (i.e., in a mouse study in which cancer tumors were induced in the test animals).

According to the researchers, in the mouse study the silver nanoparticles were demonstrated to significantly reduce tumor progression and increase the lifespan of the mice compared to the control group.

The researchers found “a substantial decrease in cancer cell numbers in the treated tumor mice.” They also found that “AgNPs (i.e., silver nanoparticles) had a significant inhibitory effect on tumor cell proliferation.”

In other words, the silver nanoparticles both reduced the number of cancer cells in the treated mice, and significantly inhibited the reproduction of new cancer tumor cells.

The researchers also concluded, “The effect of AgNPs in increasing mean survival time and life span depends on their ability to reduce tumor cell viability and induce cytotoxicity.”

This means the researchers found that the silver nanoparticles increased the survival time and life-spans of the tumor-afflicted mice by causing the cancer tumor cells to become unable to maintain their growth rate. Instead, the tumor cells began to self-destruct.

Instead, due to metabolic problems or genetic problems, cancer cells proliferate, meaning they start spreading out-of-control. “The prime feature of tumor development is the escape of cells from programmed cell death due to a metabolic abnormality or genetic mutation.”

The researchers went on to say, “Thus, another criterion for anticancer drug development is the ability of a compound to induce apoptosis in cancer cells.”

This means for an anti-cancer drug to be effective, it has to cause cancer cells to quit spreading and to self-destruct, instead.

The researchers concluded, “This ability has been shown for AgNPs in the present study.”

In other words, the researchers demonstrated that in the case of Dalton’s Lymphoma cancer tumor cells, the silver nanoparticles did indeed cause the cancer cells to stop spreading, and instead, self-destruct.

Another interesting thing the researchers found was that the silver nanopartilces were non-toxic to normal cells:

“These data highlight the nontoxic effect of AgNPs, which did not induce any alteration in hematologic parameters for treated mice in comparison with controls…”

In other words, while the silver nanoparticles caused the cancer cells to self-destruct and the tumors to shrink, they didn’t cause any harm to normal blood cells or to related blood-forming organs.

“AgNPs serve as antitumor agents by decreasing progressive development of tumor cells. This may be due to their inhibitory activities in several signaling cascades responsible for the development and pathogenesis of the disease which are as yet not understood.”

What the researchers demonstrated, in a nutshell, is that the silver nanoparticles caused the blood cancer cells to self-destruct, which in turn resulted in inhibition of tumor progression and control of the progression of the cancer. And it did so without harming normal cells.

This finding clearly puts the lie to the oft-made claim of toxicity to normal cells made by detractors of colloidal silver.

What’s more, it verifies the findings of antimicrobial silver researchers such as Dr. Robert O. Becker M.D., who way back in the late 1970’s found that silver caused no harm to normal human cells, even when it was generated directly into open wounds and tissues using low-voltage electricity.

I’m reporting on this clinical study because a.) It involves silver, and b.) It represents an important advance in understanding of the potential benefits of silver as an anti-cancer substance.

But I want to make it clear that in no way does this study mean silver has been proven to be a “cancer cure.”

First of all, the study was conducted in the test tube, as well as in the mouse model. It was not conducted in humans. It therefore represents merely a preliminary step in the study of silver as a potential anti-cancer agent.

There’s much more clinical work to be done in order to a.) Confirm these results, b.) Learn more about how silver causes cancer cells to self-destruct, and c.) Learn how to use this knowledge to treat humans with cancer.

To learn more about the effects of silver on cancer, you might want to read my previous two articles:

If you’d like to read more of my articles on the proven, infection-fighting benefits of colloidal silver, just go to the Colloidal Silver Update page on TheSilverEdge.com website.

And if you’re interested in learning how to make your own high-quality micro-particle colloidal silver – quickly and easily, in the comfort and privacy of your own home, and for less than 36 cents per quart – just click the link in this sentence.