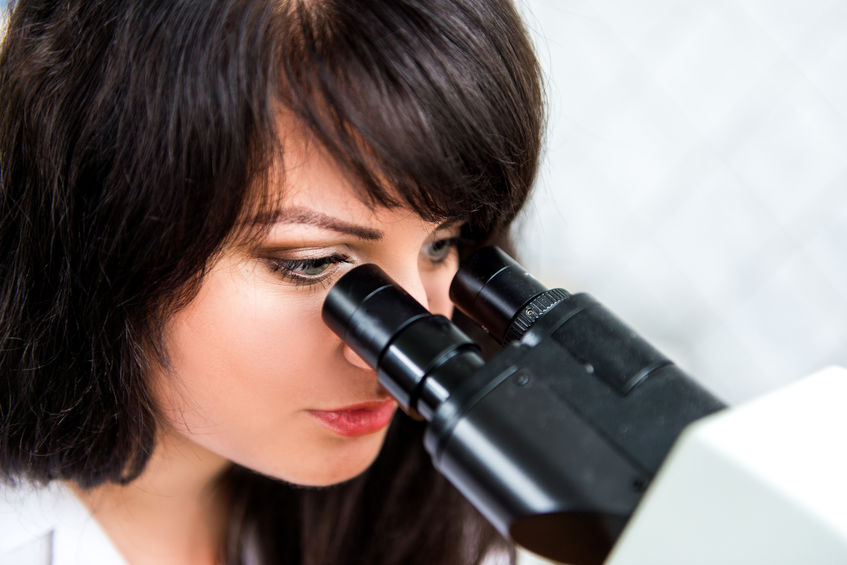 According to an article on the Cancer Defeated website, a recent clinical study conducted in Iran demonstrated that silver is toxic to bone cancer cells:

“Scientists from Iran tested nanosilver on a cell line of bone cancer and found ‘concentration-dependent toxicity…’ (Toxic, that is, to the cancer cells.)

‘In general, silver nanoparticles should serve as one of the best ways of treating diseases that involve cell proliferation and cell death.’

In the most recent study, published in Scientific Reports in July, 2017, silver nanoparticles were coated with albumin protein. This proved to be three to five times more effective at carrying silver into cancer cells than non-coated particles, yet still not toxic enough to kill healthy cells.

The researchers concluded that albumin coated silver nanoparticles “should be considered as an effective anticancer agent.”

That’s wonderful news, of course. And it made me curious. So I decided to see if I could find any other studies demonstrating the effectiveness of silver against bone cancer cells. And sure enough, I did.

Another Study with Similar Results

The authors of the study state:

“Many attempts have been made to use silver nanoparticles as an anti-cancer agent and they have all turned up positive.

…The purpose of this study was to assess the biological assay of nanosilver (Nanocid®) on osteoblast (G292) cancerous cell line.

The effect of nanosilver on these cells was evaluated by light microscopy, and by cell proliferation and standard cytotoxicity assays.

The results demonstrate a concentration-dependent toxicity for the cell tested, and IC50 was determined 3.42 µg/mL, suggest(ing) that the product is more toxic to cancerous cells compared to other metal ions.”

The term “Osteoblast cancerous cell line” means a bone cancer cell line. And the study demonstrated that 3.42 ppm nanosilver was necessary in order to cause 50% of the bone cancer cells to die.

The study further demonstrated that higher concentrations of nanosilver caused an even greater percentage of cell death.

The authors concluded, “In general, silver nanoparticles should serve as one of the best ways of treating diseases that involve cell proliferation and cell death.”

In the study Abstract, the researchers wrote:

The researchers had produced these silver nanoparticles using a “green” method, meaning that rather than using harsh chemicals they used a natural plant extract known as Tridax procumbens, a member of the Daisy family of plants.

In the Results and Discussion section of the study, they further wrote:

According to a chart provided in the study, a concentration of only one one-hundredth of a single ppm of nanosilver — an infinitesimally small amount of silver — reduced the viability of the bone cancer cells by about 50%.

Finally, in the Conclusion and Future Scope section of the study, the researchers concluded:

“The Ag NPs [silver nanoparticles] show significant anti-metastatic effects on cancer cell lines. The use of nano-particles in cancer treatment is increasingly gaining interest and currently vast amount of research is being performed on the possible applications of nano-particles in the medical field.”

In other words, put simply, the silver nanoparticles stopped the bone cancer cells from spreading. And the researchers feel their work adds to the growing body of studies demonstrating that silver kills cancer cells.

Where to Learn More…

If you’d like to learn more about the effectiveness of colloidal silver and other forms of silver against cancer, you might want to acquire a copy of my latest book, Colloidal Silver and Cancer: a Surprising Look.

This brand new 126-page soft cover book brings you completely up-to-date on the use of colloidal silver as a powerfully effective nutritional adjunct to cancer.

You’ll read overviews of 50 of the latest clinical studies demonstrating silver to be effective against over a dozen forms of cancer.

Plus, you’ll read 20 real-life reports from people who claim to have successfully cured their cancers using colloidal silver, or who have used colloidal silver to dramatically improve their conditions.

And you’ll read about an unusual medical investigational protocol for using colloidal silver against cancer, and the astonishing stories of healing involved.

Why Haven’t You Heard About This?

So why haven’t you heard about this plethora of clinical studies proving beyond any shadow of a doubt that silver is one of nature’s most powerful natural anti-cancer substances?

It’s because the powers-that-be don’t want this earth-shattering information to get out. That’s why.

The medical community is making billions upon billions of dollars annually performing expensive and painful surgeries or selling toxic chemotherapy drugs and dangerous radiation treatments that are often worse than the cancer itself.

But you’ll have this invaluable inside information right at your fingertips on silver’s astonishing ability to wipe out cancer, when you get a copy of Steve’s new book.

Colloidal Silver and Cancer: a Surprising Look is regularly priced at $49.95 per copy, and is a bargain at that price.

But for a very limited time only — until March 28, 2019 — you can obtain a copy at HALF PRICE if you order from this web page.

You pay only $24.95 by acting quickly and decisively while it’s still on sale.

To get a copy of this first-of-its-kind book documenting the irrefutable and clinically proven fact that silver kills cancer cells, shrinks cancer tumors and can be used as an effective anti-cancer agent, simply click the link below:

Or call toll-free, M-F, 8am to 4pm, and order with your credit card:

Meanwhile, I’ll be back next week with another insightful article on colloidal silver…