Silver: Nature’s Purifier Used on the Space Shuttle and In Swimming Pools 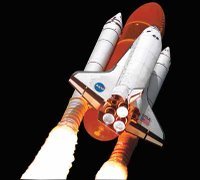 The value of silver in medicine, and as an anti-bacterial purifier, has been acknowledged for centuries.

Egyptians implanted silver plates into skulls after surgery, to prevent infection. In ancient Greece and Rome, the wealthy used silver containers to keep liquids fresh. When settlers moved across the American West, they would purify a container of water by putting a silver dollar in it overnight. And before the advent of refrigeration, silver dollars were used in milk containers to keep milk from spoiling.

Toward the end of the 19th Century, other medical uses for silver were developed, including the use of silver and mercury in the filling of cavities, and dropping a silver nitrate solution into the eyes of new-born babies to prevent blindness due to infection.

Scores of independent tests by many methods in six countries have shown that silver promptly kills bacteria in water and maintains water purity over long periods of time.

Russian scientists, working on water recycling and purification problems for the Soviet space program have decided on silver as the best long-term sanitizing agent. Researching the problems of water storage over periods of several months, as well as purification for immediate use, they determined that ionized silver provided the safest and longest lasting method of transforming polluted waste into potable water.

After testing 23 methods of purifying water, NASA also chose silver as the purifying agent on the Space Shuttle Program. Silver is being used in two functions that provide Shuttle crews with pure water for drinking, air conditioning, food preparation and other operations.

Water wastes are recycled in Shuttle flights and silver’s first job is to treat hydrogen-saturated water coming from the Shuttle fuel cells: this water passes through a tubular device of palladium and silver alloy. From the silver-palladium tubes the water flows to a purifying unit where silver eliminates bacteria, including Pseudomonas A and type III A bacteria, NASA scientists report.

By establishing 100 parts of silver in a billion parts of water as hygenic for drinking in the Shuttle, NASA eliminates the need for 1,000 to 1,500 parts per billion of chlorine generally used for purification.

The unit currently used provides Shuttle crews with 32 gallons of pure water daily for all uses within the Shuttle, as well as for backpacks when the astronauts work outside the vehicle in space. Compared to earlier prototypes, the new unit weighs 90% less, needs only one-third the space. It also doubles the production of water and simplifies the process: it eliminates the need for mixing, metering and testing water while in flight and eliminates the risk of corrosion.

Numerous tests have demonstrated that silver is simply the safest and most powerful natural bacterial sanitizer in existence. Today, it is used as a sanitizer in water systems in Mexico City, and in other large cities around the world, and by in numerous applications by Big Business throughout the western industrial nations.

One of the most dramatic of the earlier purification tests occured in 1976 in a 20,000 gallon swimming pool in Nebraska. There was no disinfectant of any kind in the water. Fifty gallons of municipal sewage plant effluent was placed into the pool. That produced a dangerous concentration of 7,000 e. coli bacteria cells per 100 milliliters (half a cup) of water.

Contents of the pool were pumped through a tank containing alternating anodic and cathodic silver electrodes for disinfection. Within three hours the pool was entirely free of e. coli bacteria and the water contained only 3.2 parts of silver per billion parts of water — an amount that is completely safe for humans.

In another dramatic test of silver’s anti-microbial killing power, the Allegeny County Health Department in Pennsylvania conducted tests in a 152,000 gallon pool which previously had been disinfected by a 50 pounds-per-day chlorinator. The system was replaced by a silver system for the swimming seasons of 1974 and 1975. Pool water circulated through a filter of activated carbon impregnated with metallic silver.

The county Health Department took up to 50 daily samples and found that silver ions remained in the pool at a low, steady rate of 20 parts per billion with water free of coliform, pseudomonas and staphylococcus bacteria through-out the two seasons.

In contrast, 65 water samples from 30 other pools having a mean concentration of 700 parts per billion of available chlorine for disinfecting, showed a mean of 1.3 pseudomonas and7.3 staph cells per milliliter of water.

“This data”, the Health Department reported, “indicates thatsilver is equal to chlorine in maintaining essentially coliform free pool water, and is somewhat better than chlorine in destroying pseudomonas and staph aureus organisms…” It should also be noted that there were no visible growths of algae during the tests.

To learn how silver can be used safely and effectively to eliminate infection and diseasee from around the home, we recommend a copy of the brand new, 60-minute Colloidal Silver Secrets Video at http://www.colloidalsilversecretsvideo.com/

For information on using silver to cure illness and disease, we recommend the newly-revised, 547-page book, The Ultimate Colloidal Silver Manual at https://www.ultimatecolloidalsilvermanual.com/

You can learn how to make your own safe, high-quality, micro-particle colloidal silver for about 39 cents a quart at: https://www.thesilveredge.com/