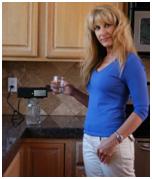 Of course, nothing could be further from the truth.

Indeed, the particulate form of colloidal silver, while faddishly popular thanks to the marketing hyperbole that goes along with it, has in reality been demonstrated to be one of the weakest forms of colloidal silver available, particularly in terms of microbial killing power.

Keep in mind that colloidal silver has been around since Edison harnessed electricity in the late 1800s. And many hundreds of tests and studies on colloidal silver have been conducted over the past eleven decades by legitimate laboratories, well-known research facilities, hospitals, major university medical departments, and even by the U.S. military and the U.S. government.

In the newly updated, 547-page edition of my book, The Ultimate Colloidal Silver Manual I list over 158 different medical studies conducted over the past thirty years demonstrating the incredible effectiveness of the ionic form of colloidal silver. These include studies by the U.S. Army Burn Center, major medical universities, famous scientists, respected doctors, and more.

But the only studies I’ve been able to find on the so-called particulate form of colloidal silver have been the one’s conducted by a single, supposedly “independent” laboratory that, upon further examination, turns out to be owned by the main company that manufactures and sells the particulate form of silver.

On the other hand, a respected company called Natural Immunogenics recently hired scientists to test the two forms of colloidal silver – ionic v/s particulate – against each other using stringent FDA testing standards.

The results were astonishing.

In these tests, the ionic form of colloidal silver was demonstrated to be up to 1,000 times more effective than the particulate form when tested against pathogenic microorganisms.

While these results shocked some people, they should not have been surprising. After all, when Dr. Robert O. Becker, M.D. did his groundbreaking work at Syracuse Medical University on the infection-fighting and tissue-regenerating power of electrically generated silver in the 1970s and ’80s, it was the ionic form he used.

If you read his two New York Times bestselling books, The Body Electric and Cross Currents, you’ll see that he constantly refers to the silver ion as being the major infection-fighting and tissue-regenerating factor in all of his well-known medical studies.

What’s more, Albert T. McManus, MD, the Chief of Microbiology at the U.S. Army Burn Center, which is operated by the United States Army Institute of Surgical Research, states forthrightly regarding silver’s ability to prevent infections in burn patients, “…conversion of silver to silver ions is necessary for efficacy”.

In short, it is the silver ion that produces the microbial “killing power” of colloidal silver.

So don’t let commercial colloidal silver vendors lead you down Primrose Lane with their marketing hyperbole.

When you make your own colloidal silver with a high-quality generator, you are producing the same type of colloidal silver proven over and over again in medical studies to be the most effective!