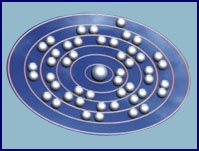 Recently I was asked “How do you determine the freshness and potency of colloidal silver you’ve had stored in a cabinet for a long period of time?”

My general rule of thumb is to watch for precipitation of silver particles in your storage bottle. If the silver particles are beginning to fall out of suspension and coat the sides or bottom of your glass storage container, then it is time to make a fresh batch.

Several weekends ago my wife and I attended the Mega Book Marketing Conference in Los Angeles with best-selling author Mark Victor Hansen, of Chicken Soup for the Soul fame. And soon after we arrived, I began to come down with a nasty case of the sniffles.

Mark’s conferences are enlightening. But they can also be grueling. They generally run from 9 a.m. to 9 p.m. every day for three days, at breakneck speed and intensity. And I realized that between the long hours of preparation for the conference, combined with the travel to get there and the long high-intensity hours at the conference itself, I was growing not only more and more physically exhausted, but getting congested as well. That nagging feeling that a nasty cold was brewing began to take hold.

I also realized that in my haste to leave for the conference I had failed to bring any freshly-made colloidal silver. In fact, the only colloidal silver I had was some micro-particle colloidal silver made with one of the new Micro-Particle Colloidal Silver Generators. It was stored in an old 8 oz. glass bottle with a plastic pump spray lid. And it had been in my travel shaving kit for the past nine months, going with me on various business trips across the country.

So I was concerned that the colloidal silver would be very helpful at all, due to the poor storage conditions and the age of the solution. But when I checked the solution by pouring it out into a clear drinking glass, I could see there was no precipitation of the silver particles whatsoever – which is to say, there was no gray film forming at the bottom of the glass.

This means the silver particles were all still suspended in the solution by their electrical charge. In other words, the micro-particle colloidal silver was still just as fresh and potent as the day I had first made it.

As usual, the micro-particle colloidal silver worked like a charm, in spite of the fact that it was nine months old and had been incorrectly stored for the vast majority of that time.

I drank several ounces of it. And knowing that many budding infections start at the eyes and ears, I also put several drops of the solution into each eye and ear at bed time. And I used the spray pump on the bottle to spray some colloidal silver into my throat while I inhaled deeply to get it down into my lungs (kind of like a makeshift nebulizer).

By the next day I was feeling like my old self again, relaxed and refreshed, with far less congestion, no more sniffling and no more exhaustion. And I was able to continue through the conference without further incident.

That’s the beauty of owning a colloidal silver generator that produces true silver micro-particles. Loss of “freshness” and “potency” is practically non-existent because of the remarkable long-term stability of the colloidal silver produced by the generator.

What Causes Silver Particles to Precipitate Out of Solution?

There are many things that can cause precipitation of silver particles. Indeed, everything from storing your colloidal silver solution in bright light, to storing it near a magnetic influence such as a large stereo speaker or a micro-wave oven, can create conditions in which the silver particles begin to fall out of suspension and begin to coat the bottom of your storage container with a thin gray film.

Brownian motion is, in part, what helps keeps your silver particles from precipitating out of solution. It is caused when the positive electrical charge on each of the billions of microscopic silver particles in the solution creates a condition in which the silver particles constantly repel each other, much as the positive poles on two magnets will always push the magnets apart and never let them join together.

But when the electrical charge on some of the silver particles begins to weaken dramatically, those weakened particles will start to precipitate, or fall out of suspension.

And having lost their electrical charge, many of them will be attracted to more highly charged silver particles as they fall toward the sides or bottom of the bottle. And as the particles are attracted to each other they begin to bond together in clusters – a process called agglomeration, or aggregation.

Finally, as these silver particles begin to cluster, their size and weight is increased. And as more physical silver is added to the cluster, the electrical charge on the more highly charged particles is dissipated by virtue of the fact that the charge is now being shared by more and more silver particles.

Thus the electrical charge being carried by one silver particle now has to carry the weight of two, three, four, five, ten, or even more silver particles as the clusters begin to grow in size. And after awhile the remaining electrical charge on these growing particle clusters can no longer carry the sheer weight of the clusters, and they begin to fall completely out of suspension, eventually coating the bottom of the storage container with a thin gray film.

This situation is exacerbated when salt, baking soda or other additives are used during the colloidal silver-making process to boost the speed of production. The use of such additives actually causes particle clustering right from the beginning of the process, which in turn leads to premature precipitation of the particles from the solution as those overly large particle clusters slowly lose their electrical charge.

Not So With the New Micro-Particle Colloidal Silver Generator

The new Micro-Particle Colloidal Silver Generator produces silver particles so small there is usually no particle agglomeration and no precipitation whatsoever, except perhaps under the most extreme of conditions, such as sending a solution through a strong electro-magnetic field at an airport checking station.

Even then, micro-particle silver is usually so stable, there is very little if any precipitation of the silver particles.

In fact, I have stored a quart of micro-particle colloidal silver in my kitchen cabinet for well over three years now, and there is still zero precipitation of the silver particles. This means it is still just as fresh (and potent) as the day I made it.

If you tried this with a conventional colloidal silver generator, you’d probably get visible precipitation of the silver particles within six weeks, maybe a little bit longer, depending upon the generator and the quality of silver it produces.

That’s one of the huge benefits of producing micro-particle colloidal silver with a Micro-Particle Colloidal Silver Generator. Because it is composed of very small silver particles (as small as .0008 microns), and because they are very highly electrically charged, they almost never fall out of suspension in the solution. They remain just as fresh and potent as the day you make them, literally for years on end.

To learn more about making and using colloidal silver, be sure to get a copy of the brand new, studio-quality 60-minute Colloidal Silver Secrets video, available for a limited time only for under twenty bucks at http://www.LifeAndHealthResearchGroup.com/

Or, for some absolutely encyclopedic knowledge about colloidal silver and its usage, consider getting a copy of the newly updated 547-page book, The Ultimate Colloidal Silver Manual from Life & Health Research Group, Inc.

Finally, if you are interested in learning how much colloidal silver is safe for you to take each day based upon your body weight, feel free to download a complimentary copy of the new 16-page Colloidal Silver “Safe Dosage” Report at http://www.TheSilverEdge.com/