Once Again ZERO Deaths from Colloidal Silver and Other Supplements 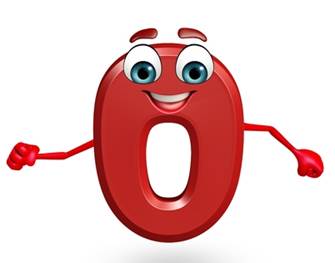 The mainstream news media is awash with shrill warnings against colloidal silver usage, and against the use of nutritional supplements in general.

What’s more, the FDA routinely assures the public that supplements are “risky” and “potentially dangerous,” and require “tougher regulations.”

And if you believe what you read or hear from the FDA or the mainstream news media, you’ll come away thinking that colloidal silver is one of the most horrifically pernicious nutritional supplements on the face of the earth, and that all nutritional supplements are rife with inherent underlying dangers that require them to be regulated like drugs for the safety of the American public.

Of course, it’s utter nonsense…balderdash…and hogwash. What’s more, it’s irresponsible hype specifically designed to scare the bejabbers out of the general populace. Unfortunately, in today’s world fear is what sells, and reality doesn’t.

The safety of colloidal silver and other nutritional supplements has once again been confirmed by America’s largest database for documenting incidences of harm caused by common substances.

At the end of each year, the NPDS publishes its findings for the previous year in their annual report known as the Annual Report of the American Association of Poison Control Centers’ National Poison Data System. This in turn is published every January in the journal Clinical Toxicity.

The Evidence Speaks for Itself

This year, like every single year, there were ZERO deaths reported from colloidal silver. This, in spite of the fact that there are an estimated 10 million active colloidal silver users throughout North America, taking hundreds of millions of doses of colloidal silver every year.

What about other nutritional supplements?

…Additionally, there were zero deaths from amino acids or herbal products. This means no deaths at all from blue cohosh, echinacea, ginkgo biloba, ginseng, kava kava, St. John’s wort, valerian, yohimbe, Asian medicines, ayurvedic medicines, or any other botanical.

There actually was one fatality alleged from some “Unknown Dietary Supplement or Homeopathic Agent.” This is hearsay at best, and scaremongering at worst. How can an accusation be based on the unknown? Claiming causation without even knowing what substance or ingredient to accuse is baseless.

If nutritional supplements are allegedly so “dangerous,” as the FDA, the news media, and even some physicians still claim, then where are the bodies?”

According to Gallup Polls, well over 50% of the U.S. population takes nutritional supplements every day. That’s an estimated 170 million people gulping down supplements each day for their health and well-being. As Andrew Saul of Orthomolecular News states:

“If each of those people took only one single tablet daily, that makes some 170,000,000 individual dosesper day, for a total of well over 60 billion doses annually. Since many persons take far more than just one single tablet, actual consumption is considerably higher, and the safety of nutritional supplements is all the more remarkable.”

Remarkable indeed. A minimum of 60 billion doses of nutritional supplement annually, taken by some 170 million-plus people, and no deaths to report. No bodies to bury. No funerals to attend.

On the other hand, according to the Journal of the American Medical Association (i.e., the Starfield Report, “Is U.S. Health Really the Best in the World?”), every year in the U.S. there are an astonishing 225,000 medically-caused deaths, including:

That’s a total of 225,000 medically caused deaths each and every year in the U.S., or 2.25 MILLION deaths every decade. In terms of deaths, that’s the equivalent of 75 9-11 attacks on our nation each and every year – all courtesy of Big Pharma and Big Medicine.

Indeed, prescription drugs are now the third leading cause of death in men, women and children, behind heart disease and cancer (ref: Dr. Peter Gotzsche, Cochrane Database of Systematic Reviews, considered to be the world’s leading expert on clinical studies of pharmaceutical drugs).

So the next time you read one of those news articles with screaming headlines about how “unsafe” nutritional supplements like colloidal silver and others are, and how badly they need to be “regulated like drugs,” ask yourself if you really want the FDA involved in “regulating” something so safe, you quite literally cannot find any bodies to count.

Colloidal silver can be purchased at just about any local health food store, or through a number of online sources including Amazon.com. However, it’s quite literally one of the most expensive and heavily marked-up natural supplements in existence.

Yes, you can make it yourself for its actual cost, and altogether skip the high mark-ups charged by health food stores!