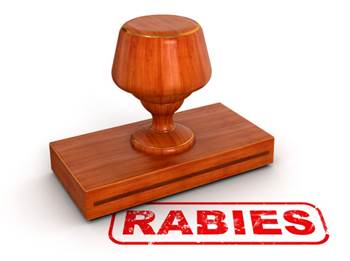 In India, medical researchers are looking at using a new innovation in nanosilver as a potential treatment for late-stage rabies in humans, which is almost always otherwise fatal.

But it appears researchers having the same problem in India that we have here in the west, i.e., the medical authorities consider silver to be such an “alternative” (read: non-drug) treatment, they are reluctant to approve its use, or to even approve testing it.

This holds true, apparently, even when the person behind the silver innovation is a bona-fide professor of biotechnology at a major university…

According to a news article in The Times of India, Dr Anitha Sironmani, a professor of biotechnology at Madurai Kamaraj University, has developed a new innovation in nanosilver she believes will cure late-stage rabies in humans – a condition that is otherwise almost 100% fatal.

“I have worked with the silver nano particles which have the potential to control 750 different microbes, attaching them and multi-targeting, which makes it difficult for the microbes to develop resistance to it.

In fact, there are studies to show that nano-targeted drugs have been able to control the spread of AIDS.”

According to Dr. Sironmani, speaking to The Times of India, the same pattern of treatment used experimentally against AIDS can also be followed for rabies. She stated:

“The only problem we face is we have not been able to work with the virulent virus as it requires working under extremely sterile conditions with the deadly virus.”

The Times of India goes on to point out that treatments for early stages of rabies are available, but not the late stage because in that final stage the virus tends to target the brain, and it’s difficult to get antiviral medication to cross the blood-brain barrier.

“Both antibodies and antigens are available for treatment of early rabies, but the lack of accurate targeting of brain cells which are attacked by the virus is one reason why it has not got complete success in advanced stages of the disease.

Dr. Sironmani says it has been proved that the specially prepared nano particles have been found to be able to cross the brain-blood barrier which is most important for the treatment of this disease.”

Last year, Dr. Sironmani applied to the regulatory officials at the government-run Rajaji Hospital in Madurai, India, to test her nanosilver innovation. But she was met with the usual foot-dragging that tends to typify nanosilver research attempts in humans, even here in the west.

“Persons who end up in the rabies cells of GRH and start developing canine behaviors and advanced hydrophobia almost certainly die, so injecting them with this specialized nanoformulation and trying out the success rate is going to be a step towards a cure. I hope the government gives my invention the nod at the earliest.”

Unfortunately, in January 2014, her request was officially turned down by the Institutional Ethical Committee (IEC) of the government-run hospital, largely on the basis that it would not be “ethical” to use the new nanosilver formulation to treat a patient with late-stage rabies, since that person would not be able to give informed consent for the treatment.

So, as a result, the rabies patients are left to die. And it may never be known whether or not Dr. Sironmani’s innovative nanosilver treatment might work.

According to Dr. Charles Rupprecht, chief of the rabies section at the Centers for Disease Control and Prevention, although the United States has only a few cases of human rabies each year, someone in the world dies of rabies every 15 minutes on average.

The virus behind rabies, which attacks the brain and the nervous system, is considered untreatable once the appearance of symptoms takes place, which include fever, headache, anxiety, and loss of consciousness.

“Only five people in the world are known to have survived rabies after the onset of symptoms,” says Dr. Rupprecht. But they had received standard treatment – a series of rabies vaccine shots – before experiencing symptoms.

You’d think a potential new cure for such a virulent and deadly disease taking thousands of lives per year worldwide would merit more attention from the medical authorities. Perhaps Dr. Sironmani will be able to conduct animal studies first, in order to help convince her detractors of the validity and effectiveness of her proposed treatment.

Would Silver Actually Work Against Rabies?

According to Chinese medical lore, families were always advised to have something made of silver in their home, in case a rabid dog bit a family member or visitor. It was said that merely rubbing the silver over the wound immediately after a bite would help prevent the rabies infection from taking place.

Of course, folklore does not constitute medical evidence. And neither do testimonials. They’re simply indicators that there might be a grain of truth to the proposition.

With that in mind, the following testimonial from well-known natural health journalist Tony M. Isaacs, whose dog was bitten by a rabid skunk, seems quite interesting. Last year, Tony stated in a post on the Colloidal Silver Secrets Community on Facebook:

“Colloidal silver is the bomb for pets! We put it in the drinking water of our four rescued dogs (‘found dogs’ we call them) and our rescued cats. None of them have ever been vaccinated. The 15 year old eldest dog still frisks around like a puppy.

Once we used colloidal silver – lots of colloidal silver – along with other supplemental items when one of our dogs was attacked by a rabid skunk. The dog is still here and doing fine. Can’t say the same for the skunk, which I had to exterminate when it came after me.”

Anecdotal accounts aside, the bottom line is that without the research proposed by India’s Professor Sironmani, we may never know whether or not silver is truly effective against the rabies virus.

We know from clinical lab research that colloidal silver and other forms of antimicrobial silver have been demonstrated to be effective against numerous infectious viruses. You can learn more about that at the Colloidal Silver Kills Viruses website.

And, of course, we know colloidal silver has been demonstrated to be astonishingly effective against disease-causing bacteria, including many of the antibiotic-resistant superbugs that have medical authorities so worried. See Colloidal Silver versus the Superbugs and Does Colloidal Silver Really Kill MRSA? to learn more.

Finally, we also know that colloidal silver has been demonstrated to be effective against a variety of disease-causing fungal pathogens that plague mankind, including Candida albicans and others. See Colloidal Silver Beats Fungal Infections Fast for additional information.

So it would come as no surprise to learn that colloidal silver or perhaps a specially prepared nanosilver solution such as the one India’s Dr. Sironmani is proposing, would be effective against the rabies virus.

Unfortunately, we’ll have to wait until the medical authorities relent and allow the testing to take place before we’ll ever know for sure, one way or the other.

You can learn more about colloidal silver’s astonishing ability to heal infections and disease, through the following recommended resources:

And if you’d like to learn how to make your own high-quality colloidal silver, quickly and easily, in the comfort and privacy of your own home, for less than 36 cents a quart (rather than paying up to $30 for a tiny, four-ounce bottle at health food stores), simply click the link in this sentence.