Have NASA or the Russian Space Program Ever Used Colloidal Silver as a Water Disinfectant on Manned Space Flights? 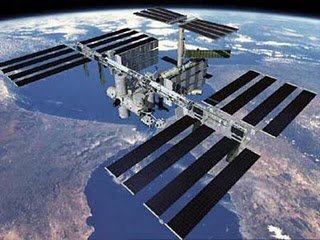 A reader wrote and asked for documentation that the Russians use colloidal silver for water purification purposes on their manned space flights.

“I keep coming across mention that the Russians used CS in their spacecraft as part of water purification. I’m trying to find any supporting documentation for this. Thanks, David”

Silver has not only been used by the Russian space program, but has also been used by NASA on manned space flights.

My original article on the topic of silver being used as a water disinfectant by both NASA and by the Soviets in their manned space programs is posted at this link:

The article is admittedly light on documentation, so here’s my more in-depth answer to the reader:

The NASA.gov Web Site Documents the Fact that NASA
Developed a Silver-Based Water Purification for Use in the Space Program

Here’s an excerpt from an article I just found on the NASA.gov web site, discussing in-depth the silver-based water purification technology they developed for manned space flights.

I think you’ll find it quite interesting. Based on this article, it looks like NASA has put quite a lot of effort into developing a silver-based water purification system:

“Over the past two decades, NASA and its contractors have conducted extensive research on how to assure pure water for manned spacecraft crews and how to recycle wastewater for reuse on future long duration spacecraft.

This work has given rise to a large number of spinoff products and products for cleansing and detoxifying water and in some cases inspired the formation of new companies to commercialize the technology.

In this method, developed in the mid-1960s by Johnson Space Center, a small lightweight generator dispensed silver ions in the potable water supply of the Apollo spacecraft to kill bacteria in the water.

…because of the NASA technology we employ, our systems destroy waterborne bacteria and viruses, including Legionella pneumophila, the bacterium responsible for Legionnaire’s Disease.”

Isn’t that awesome? What it basically means is that NASA engineers actually invented the very first colloidal silver generator, for use in the Apollo space program!

In the course of my research on this subject, I’ve repeatedly seen references to an old mid-1970’s news article titled, “Winged-Ferry to Shuttle Between Earth and Space,” supposedly published in the authorative The Silver Institute Letter back in March 1976. This article is also supposed to contain references to the use of silver-based water purification technology in NASA craft.

I searched today and found a copy of this old article on the Doulton Water Filter site. As you’ll see from this excerpt, it’s quite an interesting article:

“Silver will be used in two functions that will provide Shuttle crews with pure water for drinking, air conditioning, food preparation and other operations. Water wastes will be recycled in Shuttle flight, and silver’s first job will be to treat hydrogen-saturated water coming from Shuttle fuel cells; this water will pass through a tubular device of palladium and silver alloy; tube wails will be 10 mils (0.25 ram. or 0.01 in.) thick. Under pressure of 60 psi at a flow rate of 7 liters/hour, 85% of the hydrogen will diffuse out through the palladium-silver tube walls and be vented in the space vacuum outside the tubes. The device is made by Life Systems, Inc., 24755 High Point Rd. Cleveland, Ohio 44122.

From the silver-palladium tubes, water will flow to a purifying unit where silver will perform its second task. Less than an ounce of silver bromide in a cylinder less than 20 cm. (8 in.) long will eliminate bacteria, including Pseudomonas A and Type IIIA bacteria in 15 minutes or more, NASA scientists report. By establishing 100 parts of silver in a billion parts of water as hygienic for drinking in the Shuttle, NASA eliminates the need for the 1,000 to 1.500 ppb of chlorine generally used for purification. This compact, efficient water purifier is the Advance Prototype Silver Ion Water Bactericide System, made by Chemtric Inc., 9330 West Willams St., Rosemont, Illinois 60018.”

Here’s a excerpt from a copy of an earlier 1973 article, originally published in The Silver Institute Letter, on the use of silver for water purification purposes in Soviet space craft:

“Russian scientists working on water recycling and purification problems for the Soviet space ship and orbiting station program have decided on silver as the best long-term sanitizing agent.

Researching the problems of water storage over periods of several months, as well as purification for immediate use, they determined that ionized silver provides the safest and longest lasting method of transforming polluted waste in potable water.

A significant fact in support of their decision to use silver for purification was their experimental confirmation of the absence of toxicity in the silver treated water. In lengthy experiments on animals they found that 100 parts and 200 parts of silver per billion in drinking water does not accumulate in the organism and does not produce any detrimental effect on the functioning of the organs or systems of the experimental animals.

This was also confirmed by year long experiments on volunteer human subjects. The concentration of silver used in these tests…100 parts and 200 parts per billion…is in striking comparison with the 10 to 50 parts per billion of silver found in potable water and in swimming pools treated by silver purification systems in the United States.

The scientists, Drs.. S. V. Chizhov. S. P. Pak, N. N. Sitnikova and Y.U. Koloskova. tried many methods of purifying regenerated water but all except the silver system proved unsatisfactory over the long run. Ultra-violet rays and ultra-high-frequency sound reduced micro-organisms by as much as 97% but water thus treated failed to meet standards of acceptability if the water were stored for any considerable period of time.

Chlorine, which is widely used to kill bacteria, requires dosages in thousands of parts per billion compared to the 100 ppb and 200 ppb used in the Russian tests; the chlorine itself is a pollutant for certain water uses and it often is dangerous to store or handle.

In sum, the Russians found silver to be the safest sterilizing agent, stable, and long-lasting.”

On page 117 of the book Methods for Developing Spacecraft Water Exposure Guidelines, by the National Acadamies Press, you’ll find this reference, which very briefly documents that fact that “biocidal silver” is used in the Russian MIR spacecraft as well as on the International Space Station:

“METHODS FOR DEVELOPING SPACECRAFT WATER EXPOSURE GUIDELINES FIGURE A-1 The Mir humidity condensate water-reclamation system, which is planned for the early phases of the International Space Station. On the ISS, this system will be located in the service module of the Russian segment. Source: Modified from Pierre et al. (1996). stream of the multifiltration bed is used to determine whether the water is of acceptable quality Biocidal silver (0.05-0.20 milligrams per liter [mg/L]) also is added here for microbial control. Conditioned water is heated (pasteurized) to 85°C by a heat pump (regenerative heat exchanger) and stored in a heated accumulator. Hot water is available to the crew directly from the accumulator; cold water is provided by rerouting the hot water through the regenerative heat exchanger (Samsonov 1996a).”

[Use the “Search This Book” function to find the four citations in the above book, regarding the use of silver on the MIR and International Space Stations.]

Here’s an article from the respected PhysOrg.com, discussing the silver-based and iodine-based water purification systems now being used on the International Space Station, as well as in U.S. and Russian manned spacecrafts.

http://www.physorg.com/news172133019.html
Basically, it says that on the International Space Station the Russians still use a silver-based water purification system, while Americans now use an iodine-based water purification system. And scientists have developed a new piece of technology the astronauts and cosmonauts can use to check their water supply to make sure they contain adequate amounts of silver or iodine.

What’s more, in an online document by Duane L. Pierson, of the NASA Johnson Space Center, Houston TX, as published in Gravitational and Space Biology Bulletin [14(2) June 2001], the author states in regards to potable drinking water on the International Space Station:

“Silver, at approximately 500 ppb, is used as the residual disinfectant in Russian water supplies whereas US water supplies use 2 to 4 ppm iodine for water disinfection.”

Apparently, the Russians still use silver because they’re worried about excessive levels of iodine in the water causing thyroid problems for their cosmonauts. But the U.S. apparently switched over to using iodine, because of reports of people turning “blue” from drinking colloidal silver.

We haven’t seen any blue cosmonauts in the news lately, so maybe the NASA fears are a bit overblown.

The Evidence is Clear

The bottom line is that, yes, both the NASA and Russian space missions have developed and used silver-based water purification systems in order to keep drinking water from becoming bacterially contaminated on those long manned space flights.