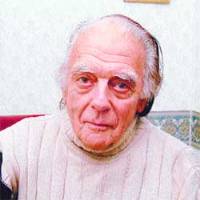 [NOTE: This news report on the man who cured his MRSA infection with colloidal silver was originally published in the Evening Telegraph, a popular and highly respected British newspaper.]

An elderly man who lived with a potentially lethal infection for two years claims he has cleared himself of the illness with colloidal silver.

David Sharman, 82, was infected with superbug MRSA in June, 2001, but believes determination and a regular dose of colloidal silver has helped him beat the infection. He said: “There are so many terrible stories about MRSA in the news, but people seem to just talk about it and are not doing anything. “I started to use colloidal silver and, after almost two years living with the infection and having regular check-ups, I was told I was clear.”

Mr Sharman, of Exmouth Avenue, Corby, claims he contracted MRSA after a series of hip operations at Kettering General Hospital during 2001. He said: “The wound on my hip became infected and the hospital informed me that I had MRSA before I was discharged for rehabilitation. “I was determined to help myself and began using colloidal silver directly on my wound daily.”

Colloidal silver is a liquid commonly used before the 1930s as an antibiotic treatment and is available at health food shops. It works by attaching itself to a vital enzyme found in bacteria and disabling the offending pathogen, preventing it from reproducing.

Mr Sharman, who has three children Richard, 22, William, 20, and Sarah, 18, with wife Denise, said: “I could feel myself slowly getting better and the day I got the all-clear, just before Christmas 2003, was an extremely happy day for the whole family.

“Getting MRSA doesn’t have to mean it is the end of the road and I really believe colloidal silver helped me.”

Dr Richard Slack is a microbiologist based in Nottingham who works in infection control. He said: “The silver is quite a good antibiotic used in burns units because it does kill MRSA and other bacteria that cause wound infections. “There is absolutely a possibility that this has been beneficial to Mr Sharman.”

To learn even more about the incredible infection-fighting and immune-boosting qualities of colloidal silver, and its safe, common-sense usage, see the brand new 60-minute, studio-quality Colloidal Silver Secrets Video, available in both DVD and VHS format at https://www.LifeAndHealthResearchGroup.com/or on Amazon.com (search under DVD).