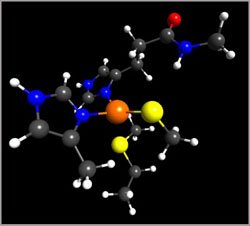 The human body has a special means for transporting metallic ions – including silver ions – through the harsh environment of the digestive tract, into the bloodstream and directly into the cells and tissues. Here are the facts you won’t hear from the purveyors of particulate silver products…

Yet some promoters of colloidal silver products like to claim that silver ions are inactivated in the digestive system of the human body by hydrochloric acid (i.e., stomach acid), and thus lack any significant benefit when orally ingested.

Purveyors of this theory usually turn out to be slick promoters of a less popular form of colloidal silver – the overly expensive particulate (i.e., metallic) form — which they frequently (albeit deceptively) refer to as “true colloidal silver.”

These promoters constantly denigrate the ionic form of colloidal silver for one simple reason: Ionic silver is far less expensive than their particulate silver products.

In order to keep their customers from jumping ship and purchasing less expensive ionic silver products, they’ve developed the deceptive story line that ionic silver has no real benefit in the human body due to inactivation in the gut by hydrochloric acid.

This claim, of course, flies in the face of over 100 years worth of successful consumer and medical usage of ionic colloidal silver.

Apparently, the lives saved, the infections cured, the wounds healed by ionic silver…have all been, well…merely imagined.

What the purveyors of particulate colloidal silver products fail to reveal is the simple fact that in the human body, silver ions (and most other metallic ions that are considered essential minerals)…

…are uniquely transported through the harsh environment of the digestive tract, into the bloodstream and the directly into the cells and tissues through a complex but well-known biological transport mechanism that utilizes metalloproteins.

Metalloproteins are very small chains of protein which exist for the purpose of binding to metallic atoms (including metallic ions), becoming an inherent portion of the molecule in the process.

By binding with them, the metalloproteins are able to act as “escorts” for the metallic ions through the harsh chemistry of the digestive tract, into the circulatory system and directly into the cells and tissues of the human body.

Metalloproteins are not rare. Rather, they are ubiquitous throughout the digestive tract. There are about 200+ metalloproteins present in saliva alone. In fact, a full one-third of the proteins made by the body’s 100 trillion cells are metalloproteins.

And science now recognizes that between 9 to 11% of a cell’s energy is dedicated to the task of making these metalloproteins.

The metallothioneins are also known to bind to cadmium, mercury, and arsenic and inhibit their absorption by the body’s cells and tissues. So they transport beneficial minerals intothe cells and tissues, and keep potentially harmful minerals out.

Metallothioneins have also been demonstrated to absorb silver in preference to zinc (because free zinc ions are more toxic if absorbed in excess).

This unique class of metalloproteins was discovered in 1957. So man’s knowledge of them and their role in silver ion transport is by no means new.

(Which is one reason why the lack of mention of metallothioneins by the purveyors of particulate silver products is very disconcerting.)

The metalloproteins as a class are still undergoing scientific investigation due to their vital role in mineral transport, enzyme production, signal transduction, redox reactions (i.e., reducing harmful free radical activity) and many other crucial biological functions.

Another interesting fact never mentioned by the purveyors of particulate silver products is this:

In other words, particulate silver is simply carried along inside the body like a piece of loose fish bait being carried down a meandering stream. If it comes into close proximity to a fish (i.e., a cell), it might get eaten (i.e., absorbed). Or it might not.

The process is completely random. Indeed, the body spends no energy whatsoever for the purpose of absorbing or utilizing particulate silver.

On the other hand, as I’ve pointed out above, ionic silver (as charged silver particles) is uniquely sequestered and transported — escorted, you might say — by the body’s metallothioneins and other metalloproteins.

Through this highly specialized escort process, ionic silver is taken through the digestive tract and into the circulatory system specifically to be absorbed into the cells and tissues by the process known as active transport.

This means the body actually expends energy for the specific purpose of absorption of these beneficial metallic ions.

In other words, the body has a special transport system set up for metallic ions – including silver ions – whereas it does not have such a system set up for non-ionic (i.e., particulate) minerals. Their absorption is entirely passive…which basically means random.

Therefore it should come as no surprise that the promoters of particulate colloidal silver products never discuss the well-known functional biological roles of the metalloproteins, or the body’s active transport system, when wagging their collective fingers at ionic silver.

Worse yet, the purveyors of particulate silver frequently resort to deceptive tactics such as pouring ionic silver into a glass beaker full of pure hydrochloric acid and proclaiming “See, the silver ions are inactivated by the acid”…

…while never mentioning the fact that if the chemistry of the digestive tract actually consisted of pure hydrochloric acid, it would eat straight through your stomach lining, leaving your insides exposed through a painful gaping hole between your legs.

Thankfully, hydrochloric acid is found only in a dilute form in the human body – so dilute that a mere lining of mucous on the stomach wall is all that’s needed to protect the rest of the body from the acid.

What’s more, the chemistry of the digestive tract is far more complex than the purveyors of particulate silver would have you believe.

Depending upon where you’d like to start, the digestive system is composed of numerous chemicals and substances including water, digestive enzymes, amino acids and their fractions such as the metalloproteins and metallothioneins…

…plus, bile (for helping turn fats such as cholesterol into key hormones), glycoproteins, pepsinogen and pepsin, rennin, glycerol, and more —

…and the extraction and transportation of nutrients and other substances to the cells, tissues and organs of the human body.

The bottom line is that hydrochloric acid is just one of many chemicals that helps create a suitable environment for the processing of food into the myriad of nutritional components needed by the rest of the body for its basic biological functions.

Therefore, the deceptive tactic of pouring ionic silver into a beaker full of pure hydrochloric acid is meaningless.

Indeed, it’s an example of rank, pseudo-scientific showmanship designed to deceive the gullible public into paying exorbitant sums of money for a form of silver that may not even be a fraction as effective against pathogenic microorganisms as the time-tested ionic form.

There is a reason that the ionic form of colloidal silver has been the most popular form for over 100 years.

And that’s because it is the form most easily utilized by the human body.

The human body has a specific active transport system set up for bringing the immune-boosting and infection-fighting qualities of ionic silver directly into it.

No such active transport system exists for the particulate form of colloidal silver.

Indeed, the term “true colloids” which the purveyors of particulate silver like to use to describe their product, does not even exist in a single independent scientific reference work.

It was solely made up out of whole cloth for the express purpose of deceiving an unwitting public into believing a fallacy.

In essence, it is a custom-made term designed to make a deceptive sales pitch sound believable.