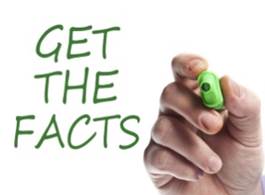 The nanosilver v/s ionic colloidal silver debate has heated up on the internet once again, and based on the questions I’m receiving it’s clear that people new to colloidal silver usage are more confused than ever by the conflicting reports.

Well, it looks like Dr. Rima and others on the internet are up to their old tricks again, claiming that only nanosilver is effective against Ebola, and that the ionic form of colloidal silver is not effective at all.

Setting aside the question of whether or not any form of silver has ever been proven effective against Ebola (see my previous article, here), the idea that nanosilver is “more effective” than ionic colloidal silver is just plain silly.

Ionic colloidal silver is, and always has been, the active, infection-fighting form of silver. That’s such a profoundly well-known fact, anyone stating differently truly ought to be ashamed of themselves – especially anyone portraying themselves as an “expert.”

Here’s what the real experts have to say:

“The antimicrobial properties of silver are due to the silver ion…”

“All silver-based antimicrobials act against bacteria through the action of silver ions (Ag+)…Unique qualities of silver ions are: Low risk for bacteria resistance, effective in very low concentrations, no human toxicity.”

“It is the silver ion (Ag+) that provides silver with its unique recognition as the healthful metal. Its bactericidal activity is unique because though this ion breeches walls of bacterial cells, it does not do so to mammalian cells.”

As you can see, the experts agree that it’s the silver ion (i.e., ionic silver) that is the active, infection-fighting form of silver.

And if you don’t believe me, or the experts above, see the comprehensive documentation in the article “Experts Agree: It’s the Silver Ion That Gives Colloidal Silver Its Antimicrobial Power” at this link.

All other forms of silver – including nanosilver – are effective against pathogens only to the extent they’re able to shed silver ions inside the humanbody.

Once again, let’s turn to the experts:

“…conversion of silver to silver ions is necessary for efficacy.”

“…the free silver ion is the active agent, with evidence that silver’s antibacterial activity is directly proportional to the amount of silver ions released.”

As Alan B. Lansdown, Britain’s top expert on antimicrobial silver explains in his book for doctors, “Silver In Healthcare: It’s Antimicrobial Effects and Safety in Use,” metallic silver (i.e., nanosilver) is inert. That means it has no infection-fighting qualities whatsoever, until it comes into contact with acidic bodily fluids and begins to shed silver ions:

— Alan B. Lansdown, Silver In Healthcare: It’s Antimicrobial Effects and Safety in Use

In other words, once ingested, nanosilver must first be converted by the body into ionic silver in order to have any infection-fighting benefits whatsoever.

So why bother to use nanosilver, when you can ingest the active, infection-fighting form of colloidal silver – the ionic form – instead?

Here’s what the purveyors of nanosilver don’t want you to know:

If you’re going to use colloidal silver, you want to use a high-quality, very small particle size ionic silver, because it’s ALREADY in the active, infection-fighting form and thus does not need to be converted to ionic silver inside the human body like nanosilver does.

To learn more, see my new website explaining the profound differences between metallic silver, nanosilver and ionic silver at this link:

If you’ll read that web page carefully and thoughtfully, you’ll know more about the differences between the main types of colloidal silver than 99% of all people, including most of the so-called “experts” on the internet.

Those claiming that nanosilver is “more effective” than ionic silver know that once you discover you can make their own high-quality ionic colloidal silver for a few pennies per quart, you’ll never again buy over-priced commercial “nanosilver” products.

Nanosilver is a neat little buzz word. But it’s just tiny metal particles of silver suspended in water that, once ingested, must first be converted into the ionic form in the human body in order to work against pathogens.

It’s the silver ion that does all of the work. Period. Dot. End of story.

So the more silver ions in your solution, the more effective it’s going to be. That’s the indisputable fact of the matter. The very best colloidal silver suspension is one composed of 100% pure, unadulterated silver ions, like the ones you can make with a new Micro-Particle Colloidal Silver Generator from The Silver Edge.

Learn the facts at www.TrueColloidalSilverFacts.com, and the purveyors of colloidal silver gimmickry will never again be able to pull the wool over your eyes with their nonsense.

And if you’d like to learn how to make your own, high-quality micro-particle colloidal silver (pure, unadulterated ionic silver) for less than 36 cents a quart, click this link.