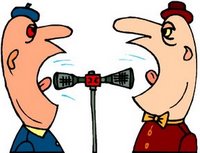 The reality is that the ionic form of colloidal silver is the form used in hundreds of clinical studies carried out since the early 1900s. Even Dr. Robert O. Becker’s ground-breaking research into the effectiveness of electrically generated silver ions, conducted at Syracuse Medical University during the 1970s and 1980s, attributed the astonishing infection-fighting power of silver to the silver ion, i.e., the ionic form.

What’s more, Dr. Becker used a small electrical device that generated very low micro-amps of current in order to produce his silver ions within the human body — a device very much like the tiny colloidal silver generators used today which also exclusively make the ionic form of colloidal silver ingested by millions of people across North America to fight off or prevent infections, colds, flus, and even help heal serious chronic degenerative diseases.

Dr. Becker’s research into electrically generated silver ions (i.e., the ionic form of silver) is largely credited with bringing the healing capacity of colloidal silver to the attention of natural health enthusiasts throughout North America.

Below I will quote directly from an article titled “Comparative Analysis Study Shows Ionic Silver to Be Up to 10,000 Times More Effective Than Particulate Colloidal Silver: the End of the Great Particulate vs. Ionic Silver Debate,” written by former U.S. Army medic by R.D. Todd:

“The results were astonishing! With or without the HCl mixture added, the Staphylococcus cultures (both S-1 and S-2) on the plates were virtually eradicated in just four minutes when treated with ionic silver. But the culture plates treated with the so-called “true colloid” particulate silver showed only a slight reduction in the bacterial count!”

The principal conclusions from the study are as follows:

The facts are: ionic-silver killed all S. aureus microorganisms with only a four-minute exposure while the particulate species product was only marginally bactericidal at best, which can be attributed to the small amount of ionic silver found in it.”

Indeed, in a brand new 547-page book called The Ultimate Colloidal Silver Manual (published by Life & Health Research Group, Inc., https://www.LifeAndHealthResearchGroup.com/) there are over 158 clinical studies listed that demonstrate the astonishing effectiveness of the ionic form of colloidal silver.

For example, studies like the ones conducted at Brooke Army Medical Center, Fort Sam Houston, Texas, which is home of the world-renowned Army Burn Center operated by the United States Army Institute of Surgical Research, have proven beyond any shadow of a doubt that it is the ionic form of silver that is necessary to healing.

The Army Burn Center has been at the forefront of research and development of burn treatments and has been researching the use of silver in medicine for decades. To quote Albert T. McManus, MD, Chief of Microbiology at the Army Burn Center who conducted one such study, “…conversion of silver to silver ions is necessary for efficacy”. In other words, for silver to do its infection-fighting and immune-boosting work, it must first be converted into the ionic form.

There is a reason why millions of people worldwide have been using the ionic form of colloidal silver with great success for decades! Simply put, because it is the form that works!

For additional information on this topic, I recommend the brand new 60-minute studio-quality Colloidal Silver Secrets video, available inexpensively on Amazon.com in DVD format (search under DVD’s), or available in both VHS and DVD format at https://www.LifeAndHealthResearchGroup.com/