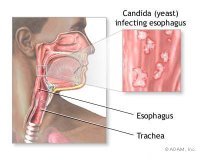 A recent study (see study overview at the end of this article) conducted by the Department of Microbiology at Kyungpook National University in Daegu, Korea, and published in the prestigious Journal of Microbiology and Biotechnology, demonstrates what tens of thousands of colloidal silver users have already known for years, i.e., colloidal silver is one of the most powerful and effective natural anti-fungal agents in the world.

The study authors tested silver nanoparticles (read: colloidal silver) against the Candida species of fungus (the chief culprit in women’s vaginal yeast infections and the more sinister chronic candidiasis syndrome) as well as the Trichophyton species (the most common cause of athlete’s foot , jock itch and ringworm, as well as hair and nail fungal infections in humans).

What they discovered is that the silver particles “showed potent activity against clinical isolates and ATCC strains” of the fungal pathogens.

What this means is silver was equally effective against lab-grown strains of the fungal pathogens and strains isolated from infected specimens.

The study authors also found that silver was comparable in effectiveness to Amphotericin B, one of the most powerful prescription antifungal drugs known to man, which is often used intravenously to cure serious systemic fungal infections.

What’s more, silver was found to be superior in effectiveness to the well-known anti-fungal drug fluconazole (popularly known as Diflucan).

This is of course nothing new to experienced colloidal silver users. They frequently use this powerful natural antibiotic to heal fungal infections of all sorts.

For example, it is now well known that many nasty cases of dandruff are actually topical fungal skin infections in disguise. What’s not as well known publicly is that colloidal silver, put into a simple pump spray bottle and sprayed lightly on the head each morning after drying your hair from the shower will eliminate such topical stealth fungal infections in a matter of days!

Fungal infections of the inner ear can likewise be cured in only a few short days simply by putting a few drops of colloidal silver into the ears each day for several days in a row, allowing it to seep down into the ear for ten of fifteen minutes before draining it back out.

Likewise, fungal infections of the eyes can be healed practically overnight, simply by putting a couple of drops of colloidal silver directly into the eyes, several times a day. (Similarly, Pink Eye can also be eradicated in a few short days using the same technique. And it works great for styes too, which many doctors believe are simply staph infections in the eye.)

Thrush mouth, which is simply a Candida “yeast” fungal overgrowth in the mouth, and is often characterized by a white tongue, can be rapidly cured by using colloidal silver. Simply swish a tablespoonful of colloidal silver around in your mouth two or three times a day, for a good five minutes each time. You can swallow afterwards, or simply spit it out if you prefer. Do this especially after any meal in which sugary products have been consumed. You’ll find the “thrush” symptoms diminishing within a few short days, and eradicated within a week or two.

Athlete’s foot and stubborn toenail fungal infections can also be wiped out by using colloidal silver instead of potentially harmful antifungal drugs that have been known to harm the liver. Simply take a glass baking dish (such as the ones used for baking cakes) and pour an inch and half or so of colloidal silver into it. Then soak your feet for about 30 minutes while watching television or reading a book.

Athlete’s foot can be eradicated in a few short days following this simple method. But stubborn toenail fungal infections may take up to three weeks, or even a bit longer. Nevertheless, you’ll soon notice nice, clear new nails growing in where the old yellowy, or gray-green infected nails were. Trim the old infected toenail away as it grows out naturally, and let the beautiful new, uninfected nail grow in normally.

Internal use of colloidal silver like that against deep-seated fungal infections such as Candida yeast can be amazingly effective. However, for maximum success you absolutely have to remember to re-establish your body’s natural intestinal flora during and after the treatment period.

Contrary to popular belief, colloidal silver does not know the difference between the beneficial bacteria that inhabit your intestinal tract, aiding in digestion and contributing to the body’s overall immune status, and the nasty fungal and microbial pathogens that compete for turf in the same region and wreak havoc on your health.

Generally speaking, colloidal silver kills all single-celled microbes it comes into contact with, good and bad alike. And if you are taking larger-than-normal daily amounts of colloidal silver (such as three or four ounces a day rather than several small teaspoons full per day) in order to stop a nasty internal fungal infection, you can wipe out a large portion of your body’s beneficial micro-flora along with the fungal pathogens you’re after.

And because Candida yeast and other fungal pathogens are such rapid colonizers if there are no beneficial microorganisms in the intestinal tract to form a competitive barrier against them, all of your efforts to heal a Candida yeast infection can end up being for naught. The relatively large daily dose of colloidal silver will kill everything in its track, so to speak. And then when the treatment is finished, the Candida yeast fungus can step back in and re-colonize your entire intestinal tract, potentially leaving you in worse shape than when you started.

The simple solution is this: If you find that you have to use larger-than-normal daily amounts of colloidal silver internally to rid yourself of a persistent or deep-seated Candida yeast infection, be sure to re-colonize your digestive tract daily with Lactobacillus acidophilus, Bifidobacterium and other beneficial microbes that are native to the intestinal tract.

By doing so daily, during the entire colloidal silver treatment period and for a week or so afterwards, you will completely stop the Candida fungal pathogen from re-establishing colonies in your digestive tract.

You can do this by taking commercial supplements containing beneficial microbes, such as one called I-Flora from Sedona Labs which contains a “grid” of 16 different beneficial microorganisms that are native to the human intestinal tract. Or you can do so by eating moderate daily portions of high-quality yogurt containing high levels of active beneficial bacterial cultures.

One of Nature’s Most Astonishing Remedies Against Fungal Infections

With that simple caveat, you’ll probably find, like many thousands of other people have, that colloidal silver is one of nature’s most astonishing remedies against fungal infections.

Perhaps that is why colloidal silver is one of the top-recommended products for healing stubborn fungal infections mentioned in the best-selling book, Prescription for Nutritional Healing by certified nutrition counselor Phyllis A. Balch and her husband Dr. James F. Balch, M.D., who recommend it for everything from athlete’s foot to Candidiasis.

To learn more about colloidal silver’s astonishing array of benefits against infection and disease, and how to use it effectively and safely, you might want to obtain an inexpensive copy of the brand new, studio-quality 60-minute Colloidal Silver Secrets Video at http://www.ColloidalSilverSecretsVideo.com/.

Plus, there is a plethora of great information on colloidal silver at http://www.TheSilverEdge.com/, including a FREE downloadable 16-page special report on how to determine the safest daily colloidal silver dosage for you, based upon your own body weight, and in accord with the EPA’s published maximum safe daily intake level.

Directly below you’ll find the brief overview I promised of the new university medical study which amply demonstrates colloidal silver’s incredible effectiveness against fungal pathogens of the Candida and Trichophyton species.

It is too bad the U.S. medical community refuses to embrace this vital, peer-reviewed information. If they did, they could pretty much help put an end to today’s growing epidemic of fungal infections, which can cause diseases ranging from Chronic Fatigue Syndrome and fibromyalgia to serious immune system deficiencies, cancer and other life-threatening conditions.

The intransigence of the medical community in regards to its refusal to embrace colloidal silver even in the face of a growing body of new studies proving its effectiveness is due chiefly to the overwhelming influence wielded by the huge multi-billion dollar pharmaceutical corporations. Big Pharma simply does not want to see any relatively inexpensive, safe and natural nutritional supplement competing with their expensive and potentially harmful prescription antifungal, antiviral and antibiotic drugs.

So that’s where things stand. And it is largely why bureaucrats in the U.S. EPA and FDA are working so hard to re-classify beneficial silver nanoparticles (read: colloidal silver) as a “pesticide,” so they can regulate this safe, natural substance into oblivion at the behest of the big pharmaceutical companies. (See the latest blog post on this topic here.)

They don’t want you to know what researchers in other parts of the world are confirming in droves, i.e., that safe, natural colloidal silver is simply the most powerful natural pathogen killer on the face of the earth.

Spherical silver nanoparticles (nano-Ag) were synthesized and their antifungal effects on fungal pathogens of the skin were investigated.

Additionally, we investigated their effects on the dimorphism of Candida albicans. The results showed nano-Ag exerted activity on the mycelia.