Why Do the Environmentalists Have Such a Dread Fear of Silver Nano-particles? 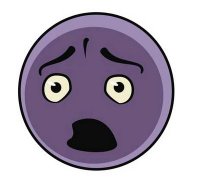 No Real Cause for Alarm

As I stated in my blog post of Feb. 25, titled “Colloidal Silver and NanoSilver: What’s the Difference?” there is NO REASON WHATSOEVER for these rabid environmental groups to be involved in this issue.

So what’s the real reason the rabid environmentalists trying to force the Environmental Protection Agency to pull out all stops and regulate silver as a dangerous “pesticide”?

I’ll answer that question in just a minute. But first, let’s take a look at some of the reasons the environmentalists cite for regulating silver.

As I explain in the February 25th blog post, the environmentalists constantly bring up the case of the film manufacturing industry which produced a chemical silver compound known as silver halide as a byproduct of film processing and manufacturing.

Many years ago, members of the film industry illegally dumped a number of tons of that caustic chemical silver compound into San Francisco bay. Over time the clams at the bottom of the bay began to absorb the massive amounts of this illegally dumped chemical form of silver, and it caused them to quit breeding. That’s about the only environmental “catastrophe” the environmentalists can point to, involving a form of silver.

Of course, the bay is fine today. The claims are doing fine, too. And there is basically no film industry any more (thanks largely to the advent of digital cameras).

What’s more, the EPA now regulates silver spills very carefully. Yet by the EPA’s own standards, silver entering the environment from outside sources has been demonstrated to be so safe that even spills as high as 1,000 gallons don’t need to be reported to the EPA.

Now, if you spill as little as three gallons of chlorine, you are supposed to report that to the EPA and have the cleanup handled by a HAZMAT crew. But 1,000 gallons of silver can be spilled, and it’s basically no big deal.

Isn’t that amazing? Yet the rabid environmentalists would have you believe some poor guy in Bakersfield, California washing his diabetic foot stockings that have silver nano-particles embedded into the fabric, or some natural health proponent in Boise, Idaho spraying a little bit of colloidal silver into his kitchen sink to keep the microbial count down, is going to cause an environmental catastrophe.

No Real Chance of Harm

But the rabid environmentalists don’t care about the facts. They constantly cite, for example, the idea that certain types of clothing that now have tiny silver nano-particles embedded into the fabric in order to help prevent infection (such as the new diabetic foot stockings, designed to prevent diabetic ulcers from becoming infected) could allow silver particles to leach out into the environment when they are washed in the washing machine. This, they claim, has the potential to create an environmental crisis.

What they NEVER tell you, as I pointed out in more detail in the February 25th blog post, is that whenever silver nano-particles leach from products they are embedded in, such as diabetic foot stockings, or computer keyboards, or whatever, they almost immediately begin to bond (in a process called “agglomeration”) with salts, minerals and other substances in their immediate environment, forming larger particle agglomerates.

What’s more, the likelihood of enough people washing enough concentrated loads of clothing containing silver nano-particles (remember, it would take literally tons of the little particles to contaminate an enclosed waterway), and having those silver particles end up in a single enclosed environment such as a lake or bay, is just about nil.

No Harm to Plant Life, Either

As for the idea that these tiny silver nano-particles might somehow harm plant life in the environment, there is simply no evidence silver ever has, or ever will, do so.

For example, wheat and other grains are chock full of tiny particles of silver. For some reason the grains absorb silver from the ground at a higher rate than other plants. Perhaps that why they’re so good for you. And of course, their relatively high silver content causes them no harm whatsoever.

My wife sprays colloidal silver directly onto her tomato plants during growing season in order to keep the tomato fungus off them. She gets big beautiful tomatoes every time. Similarly, she recently purchased a Goji berry tree off of e-Baythat developed a leaf fungus after it arrived. She quickly sprayed it with colloidal silver, and it completely recovered and is thriving.

So the shrill cries of the environmental groups about the so-called “dangers” of silver are absolutely ridiculous on all counts.

Who’s Paying Them to Conduct This Campaign Against Silver?

The environmental groups get the bulk of their funding, to the tune of millions of dollars a year, from donations from corporate and individual sponsors, as well as from government grants. Our best guess is that Big Pharma is funding them through one or more surreptitious pathways to pursue this avenue of silver regulation.

After all, who stands to benefit the most from restricting silver’s availability to the general public?

As I stated in the Feb. 25 blog post, it is Big Pharma (the major drug companies) who stand to gain the most:

“Big Phama failed to get colloidal silver banned by the FDA back in 1999, succeeding only in having the FDA ban the mention of silver’s powerful antibiotic qualities from product advertising and labeling.

Of course, that backfired on them. The FDA’s 1999 ‘Final Ruling’ on colloidal silver only served to incense the public about bureaucratic meddling in their health care choices. As a direct result of the anger generated by the FDA’s ‘Final Ruling,’ more people today know about and regularly use colloidal silver than ever before.

So now they are trying to restrict colloidal silver by using paid shills within the environmental movement to promote the spurious idea that ‘nanosilver is harmful to the environment.’”

Their Hypocrisy Points to Who They Are Working For

Isn’t it interesting that the environmentalists are making such an outcry against silver as a possible environmental pollutant, and yet they are saying absolutely NOTHING about the tons of pharmaceutical drugs that are poured into our nations waterways every year, to the point that those drugs are now turning up in the drinking water of 46 million Americans living in our major cities?

The fact that the environmental groups basically ignore a real problem (potentially dangerous drugs in the drinking water of 46 million U.S. homes) in order to focus so heavily on a fabricated problem (tiny particles off silver going back into the environment they originally came from) pretty much tells you who they are working for.

As Sherlock Holmes would say, “It’s elementary, my dear Watson.”

Or, for information on colloidal silver usage that is absolutely encyclopedic in scope, consider a copy of the newly updated, 547-page book, The Ultimate Colloidal Silver Manual.

P.P.S. Watch this short video to learn how simple it is to make your own safe, high-quality micro-particle colloidal at home, with a brand new Micro-Particle Colloidal Silver Generator.

Then go to this web page and learn how to save $100 off the regular price of a brand new Micro-Particle Colloidal Silver Generator, while they are still legally available.