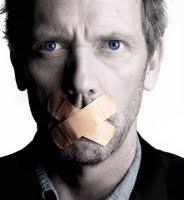 The Friends of the Earth, as well as other environmental groups that have been taking thousands of dollars, and in some cases even millions of dollars in contributions from Big Pharma, continue to bombard the internet with shrill reports warning of the “evils” of what they call “nanosilver,” which is essentially their code word for colloidal silver.

You can read another one of their “sky is falling” missives here: http://andrewschneiderinvestigates.com/2009/06/11/health-risks-from-silver-nanoparticles-a-growing-threat-to-consumers-and-workers/

Please note that their article, which is titled “Health risks from silver nanoparticles a growing threat to consumers and workers” actually contains not a single shred of evidence demonstrating that silver – in any form, “nano” or otherwise – is a “growing threat” to anybody.

Instead, as per usual, the article is rife with conjecture and speculation, and peppered with sensationalistic terms like “grave threat,” “growing human threat,” with constant references to silver as a “hazard.”

A Surprise Admission that They Have No Evidence Against Silver

But here’s the interesting part: Buried deep in the article their own top scientist, Andrew Maynard of the Project on Emerging Nanotechnologies, reluctantly admits:

“There is no indication that silver at the nano scale goes wild in the body. However, it is known that silver becomes more toxic at the nano level. That does not mean it always does more damage.”

The truth is, silver is known to become more toxic to pathogenic microorganisms at the nano level, which of course, is exactly why so many millions of people across North American use it. Tiny silver particles simply work better against pathogens than larger particles.

But there is not a single shred of evidence anywhere that silver is somehow toxic to humans, particularly at the relatively minuscule levels humans normally ingest when using colloidal silver.

On the other hand, silver receptors have recently been discovered on human nervous tissues – indicating that, far from being a health threat, silver is actually an essential part of human nervous system function. Perhaps this is why people report feeling significantly better, mentally and physically, after only a few days of colloidal silver usage.

“Silver ions stimulate the lymphatic system by cleaning out the dead cells and bringing oxygen to the healthy cells.”

You see, like iron, silver has the capacity to carry nascent oxygen to throughout the human body. As revealed in chapter 10 of the Ultimate Colloidal Silver Manual:

“Not only do silver ions have proven antimicrobial properties to fight the fungi and bacteria growth in the lymph fluid, silver ions also carry nascent oxygen on their surface. When the silver attacks a microorganism, this oxygen is released. This can aid the RES lymphatic system in two ways; 1) extra oxygen helps restore the natural pH of the lymph fluid and 2) oxygen helps oxidize toxic waste. Any leftover oxygen would eventually be picked up by the hemoglobin in red blood cells and thus becomes available for other oxygen dependent needs in the body such as cellular respiration.”

The Ultimate Colloidal Silver Manual goes on to document, through medical study after medical study, that far from harming cells or tissues, silver has long been known to aid the human body in the production of our crucial white and red blood cells.

Here’s another eye-opening quote from the manual:

“Silver’s ability to aid the immune system has been well documented for more than 100 years. For example, in 1909, the Journal of the American Medical Association reported that electrically generated silver ions increased white blood cell production. As we noted earlier in our overview of the human immune system, white blood cells are critical factors in human immunity, aiding the body in the destruction of cancer cells, viruses, bacteria, and other invaders.

And over fifty years later, researchers Remes and Williams found that silver ions appear to “prime” white blood cells to go on the offense against a variety of biological insults. [See Remes, A, Williams, DF, “Neutrophil Polarization and Immunoelectrophoresis Assays in the Study of Complement Activation by Biomaterials,” Biomaterials, Aug 1991; 12(6):607-13.]

In their study Argyria – The Pharmacology of Silver (Williams & Wilkins, 1939), researchers W. Hill & D. Pillsbury reported that 16 rabbits were injected with silver of arsphenamine at intervals from three to seven days. (The silver content of the drug was 14.5%.) A majority of the rabbits showed a gradual increase in oxygen-carrying hemoglobin and red blood cells during the experiment.

In more recent studies, such as Treatment of Orthopedic Infections with Electrically Generated Silver Ions by Dr. Robert O. Becker, M.D., it is reported that silver ions give a healthy boost to human blood cell production. This may be related to the fact that silver is a “transitional element” giving it the ability to form complex ions. This attribute gives silver the potential to interact on a cellular level in the same way as other complex ions such as vitamin B-12, chlorophyll, and heme (iron), a component of red blood cells.

These findings lead to the obvious conclusion that while low white blood cell counts open the door to serious immune system risks, and low red blood cells lead to oxygen starvation of the body’s tissues and organs, electrically generated silver ions may help successfully counter these risks by stimulating both white and red blood cell production.”

As you can see, far from harming the human body, silver is widely known to aid many important biological functions. The Ultimate Colloidal Silver Manual goes on to document that silver:

What’s more, on page 235 of the Ultimate Colloidal Silver Manual, a brand new medical study is revealed that demonstrates silver’s incredible ability to quench free radical activity in brain cells. In other words, once again, far from harming human cells, it actually protects them from harm.

“It certainly could have tremendous benefits for victims of Alzheimer’s and other forms of dementia. But keep in mind that if colloidal silver quenches free radical activity in brain cells, as this new study appears to demonstrate, then it would likely do so in other cells in other parts of the body as well. So this newly published research actually has tremendous beneficial ramifications for all of us.”

To learn more, be sure and get a copy of the newly updated, 547-page version of the Ultimate Colloidal Silver Manual, and read it from cover to cover.

I promise, once you’ve done so you’ll be able to see through the lies and distortions of the anti-silver environmentalists and bureaucrats. And you’ll know how to answer their spurious charges against silver. They’ll never be able to pull the wool over your eyes again.

If you haven’t done so already, be sure to act now to obtain a brand new Micro-Particle Colloidal Silver Generator, before the heavy-handed goons at the EPA bow to pressure from environmental groups and decide to ban them as “pesticide producing devices” under their new regulations.

Once you own the means of colloidal silver production, they can never take it away from you. You’ll be able to produce all of the safe, natural, micro-particle colloidal silver you want, quickly and easily, in the comfort and privacy of your own home. And you’ll be able to do so for the rest of your life, for only about 36 cents a quart compared to health food store prices that are literally hundreds of times that amount.

But you must act soon, because the new EPA regulations are expected to come out by later this summer or early fall, according to EPA spokesperson Marjie Farenbach.

We fully expect the EPA to decide to regulate the over-the-counter sale of colloidal silver, by claiming it is a “pesticide” under their antiquated FIFRA regulations. But once these new regulations for silver are released, there is no telling whether or not the little generators will still be legal to sell.

Once again, this is one of those crucial situations where you need to act quickly and decisively. If you’ve ever wanted to own the means of colloidal silver production by obtaining your own high-quality Micro-Particle Colloidal Silver Generator, you should do so now while they are still legal to sell, and while the special $100 savings offer is still in effect.

They say that “Truth Always Wins Out.” But only if you are willing to act on it.

The time is now. Don’t wait until it’s too late. If you have any questions, please feel free to call The Silver Edge customer service office at 1-888-528-0559. If you have questions about the generator itself, please call the Tech Support office at 1-760-253-2988.