Colloidal Silver v/s the EPA Greenies: Understanding the Lies Behind the “Silver is Dangerous to the Environment” Con 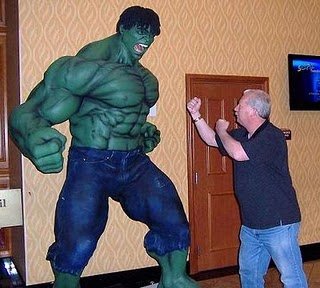 A number of readers have written to ask what’s going on with the Environmental Protection Agency (EPA) in relation to their proposed regulation of nanosilver products, including colloidal silver.

Unfortunately, the answer is that the EPA is still pursuing ways to regulate all products containing tiny particles of silver.

You can read more about this in my latest article at this link:

But Why Are Environmentalists So Dead-Set Against Safe, Natural Colloidal Silver?

That’s the million-dollar question. And the answer may well be that they are being paid to push for the regulation of silver-based products, including colloidal silver.

Here’s an article that will help explain why I so strongly question the underlying motives of the radical environmentalists in their ongoing quest to force the EPA to regulate silver-based products as “environmental toxins”:

This, of course, would sound the death-knell for most colloidal silver manufacturers – and many other businesses that use tiny silver particles in their products – as environmental impact reports can run into the millions of dollars.

For example, as I’ve pointed out many times, the world’s oceans are literally saturated with trace silver.

In fact, the seas contain an estimated two million tons of trace silver. Yet they’re absolutely teeming with wildlife ranging from uncountable trillions upon trillions of the tiniest microorganisms, to uncountable billions of tide pool creatures such as starfish, minnows, sand dabs and crabs, to innumerable varieties of fish, to uncountable numbers of huge mammals like whales, porpoises and dolphins.

And there’s no harm whatsoever to this incredible array of wildlife from those millions of tons of trace silver, even though it’s been an integral part of the ocean’s vast mineral makeup basically since the beginning of time.

Proof Positive Silver is Safe in the Environment

Contrary to the shrill cries of the environmentalists, the world’s oceans are proof positive that silver doesn’t “upset the ecological balance”…

…and, in short, it can’t unleash the “inevitable environmental catastrophe” the radical sky-is-falling environmentalists are always warning of in their ongoing campaigns to have products containing tiny silver particles heavily regulated and even banned.

If silver is so toxic to infectious microorganisms that it can cure numerous serious infections and diseases in humans, how can it be harmless to tiny microorganisms in the environment?

Fair question. And the answer is easy: In the environment, silver particles bond rapidly with other minerals, salts, sulfur compounds, and more. And in so doing, they become essentially inert.

That’s how million of tons of trace silver, for example, can saturate the world’s oceans without causing any harm. It’s how tons of trace silver can saturate the lakes and streams in silver-mining states like Colorado, and those lakes and streams are still brimming over with wildlife from microbes to tadpoles and minnows and crawfish and trout and bass to just about every other form of aquatic life you can think of.

In other words, silver’s toxicity to microorganisms in the environment is neutralized by the process of agglomeration. As I stated earlier, it is the bonding of the tiny particles of silver with other materials makes it about as toxic as…dirt.

In nature, tiny silver particles become bound silver rather than free or raw silver, and essentially lose any toxic properties.

But the environmentalists completely ignore this well-known fact.

Instead of sending their researchers into the environment and testing lakes and streams for silver content, and then testing the health and longevity of the wildlife in those lakes and streams (which would prove their theories against silver to be dead wrong)…

…they purposely conduct experiments in controlled laboratory test-tube environments in which they can manipulate the factors of the experiment in order to bring about the results they want.

Yes, rather than test in real-life conditions, they instead saturate tiny minnows in an enclosed test-tube environment with unbelievably high levels of raw nanosilver particles, and then issue written reports on how “toxic” they found the silver to be to the tiny creatures!

These reports then get written up and published in science journals as “studies.” And voila’ – the environmentalists manufacture a “proof” that silver is toxic to wildlife in the environment!

As I’ve pointed out over and over again, this is pure, agenda-driven junk science at its very worst, because conditions like this in which test-tube environments are saturated with raw, unbonded silver simply don’t exist in nature!

But the radical environmentalists don’t care. They’re dead set on achieving their agenda of having the EPA so heavily regulate silver as a dangerous “toxin” that all silver-based products – including colloidal silver – will ultimately have to be pulled from the market in order to “save the environment.”

Learn More About the
Environmentalist Campaign Against Silver

For well over a year now I’ve been watching the propaganda barrage being conducted against colloidal silver and other silver-based products by the radical environmentalists, and as many readers know, I’ve written a long series of articles and blog posts on this topic during this time.

Here’s one of my latest articles on the subject, which you might want to read in order to get caught up:

Here’s my response to a recent official White Paper released by the environmentalist group Friends of the Earth, who called for all colloidal silver products to be banned or regulated as drugs:

“Ban All Colloidal Silver Products, or Regulate Them as Drugs,” says environmental group Friends of the Earth

Here’s an article explaining the ludicrous nature of the environmentalist claims against colloidal silver and other products containing nanosilver:

And here’s an article explaining why colloidal silver generators – the little machines used to make colloidal silver – will also soon be under the regulatory thumb of the environmental bureaucrats, and why you might want to get one now while they’re still legally available.

If you’d like to educate yourself about colloidal silver and learn more about its many amazing, immune-boosting and infection-fighting qualities…

…be sure to check out the following web site with links to over 110 comprehensive articles on colloidal silver and its usage, including overviews of the medical studies proving its effectiveness against viruses, bacteria, fungal pathogens and other infectious microorganisms:

Or, get an inexpensive copy of the brand new, full-color 60 minute Colloidal Silver Secrets Video, featuring television personality Kristyn Burtt as she relentlessly peppers me with questions about colloidal silver usage, and helps me demonstrate dozens of safe, effective ways to use colloidal silver for everything from curing upper respiratory infections to healing ear, nose, throat and eye infections, to healing toenail fungus, athlete’s foot, colds, flu and much more.

Finally, check out what dozens of enthusiastic colloidal silver users are saying about the amazing recoveries they’ve experienced from serious diseases ranging from cancer to MRSA infections to Swine Flu, to pneumonia, to infected wounds and more!

Finally, you can get your FREE Colloidal Silver Safe Dosage Report at this link!

And you can learn more about the new Micro-Particle Colloidal Silver Generator from The Silver Edge at this link and this link!