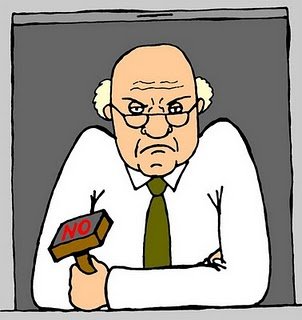 Radical environmentalists claim nanosilver is a “new invention” with “unique attributes” that are potentially toxic to the environment. They claim it needs to be taken off the market until it can be further studied in relation its effects on the environment, and that if allowed to be sold commercially, it should be heavily regulated by the EPA as a “toxic environmental pesticide.”

But is nanosilver really a “new invention”? Does it have “unique attributes” that are potentially toxic to the environment? Or are these claims simply exaggerated junk science attempts by neo-Luddite environmentalists to have this potentially life-saving substance re-categorized as an environmental toxin and regulated into oblivion?

As most readers of the Colloidal Silver Secrets blog are aware, there’s now a lot going on behind the scenes at the EPA in regards to the potential regulation of products containing silver nanoparticles – including colloidal silver.

After the debacle last year in which a handful of radical environmental groups were soundly trounced in their efforts to force the EPA to pull nanosilver products off the market and begin to regulate them as “toxic environmental pesticides,” the EPA then established a Nanosilver Scientific Advisory Panel to further study the issues raised by the environmentalists, and come up with regulatory proposals in line with current science.

This new EPA Panel then held a meeting in Arlington, VA on November 3-5, 2009 to get the ball rolling. (You can see the transcript of that meeting – apparently with some omissions – here.)

Does Nanosilver Meet the Criteria for More Stringent Regulation?

Fortunately, representatives of the Silver Institute’s newly formed Silver Nanotechnology Working Group (SNWG) attended the meeting. And in a presentation given by SNWG’s Dr. Murray J. Height, it was correctly emphasized that nanosilver simply does not meet the EPA’s two main criteria for a commercial product thought to be in need of more stringent regulation, which is to say, it is not a new invention and it does not have characteristically unique functional attributes.

Indeed, as Dr. Height pointed out to Panel attendees, nanosilver products have now been registered with federal agencies for over six decades, and have been manufactured for over 100 years. In fact, the first nanosilver product to be federally registered – Silver Algaedyn, a product designed to control algae buildup in swimming pools – was registered under the FIFRA Act in 1954…a full 16 years before the official establishment of the EPA!

In other words, some federally registered commercial products containing silver nanoparticles actually pre-date the establishment of EPA itself.

So, contrary to the shrill cries of the radical environmentalists who have labeled nanosilver as a “new invention,” and have been pushing EPA to re-categorize nanosilver as an “environmental toxin” and regulate it into oblivion, the truth is that nanosilver is not “new” by any stretch of the imagination. It has a long history of use in registered commercial products going back well over 60 years, with no significant environmental repercussions whatsoever in all of that time. And therefore it does not meet the first and most important criteria for the consideration of additional regulatory oversight.

What’s more, SNWG representatives pointed out that all registered products containing silver nanoparticles – whether historical products or newly introduced – work basically the same way: They release silver ions in order to inactivate potentially harmful microbes. As emphasized by the SNWG’s Dr. Rosalind Volpe in a recent letter to the EPA’s Scientific Advisory Panel:

“Antimicrobial functionality is achieved via release of silver ions (Ag+) – a mechanismentirely identical to all EPA-registered silver products including silver salts, silver glasses and silver zeolites. The functionality of nanosilver is NOT unique.”

In short, nanosilver does not meet the second major criteria of a nanomaterial in need of additional study and regulation. It is not characteristically unique in its function. Silver nanoparticles work the same way today as they did 100 years ago. And once again, unlike many other EPA registered products, their well-known documented function has not caused any significant environmental repercussions in all of these years.

Clearly, the ridiculously wild claims of the radical environmentalist groups who have been working to force the EPA to re-categorize nanosilver as a potentially dangerous “environmental toxin” over the past two years are completely bogus.

Old Tactics that Didn’t Work the First Time Around

By claiming products containing nanosilver are “new” and “unique” the radical environmentalists behind the push to have the EPA regulate (read: ban) nanosilver products are attempting to circumvent the stumbling block the FDA originally came up against during their decade-long attempts to ban colloidal silver products in the 1990s.

Faced with those hard facts, the FDA finally relented in 1999 and allowed colloidal silver to stay on the market, albeit with a few restrictions on its labeling and advertising.

We can only hope the EPA will exercise the same common sense the FDA was forced to exercise in 1999, and not add any additional regulatory burden on nanosilver-based products. Acting otherwise would be flying in the face of the known facts: Nanosilver has a long history of safe, environmentally friendly commercial usage, and its characteristic attributes are the same today as they were over 100 years ago.

The radical environmentalists are simply crying wolf, when there is no wolf in sight. According to some published sources, their entire campaign is agenda driven, and that’s why there is not the slightest semblance of rationality or balance to it.

You can view a PDF copy of the Silver Nanotechnology Working Group’s excellent presentation in defense of nanosilver products to the EPA Nanosilver Scientific Advisory Panel here.

And here you can view a copy of the very informative follow-up letter from Dr. Rosalind Volpe of the Silver Nanotechnology Working Group to the EPA Acting Director of the Office of Pesticide Programs Dr. Stephen Bradbury.

Will These Irrefutable Facts Stop the Radical Environmentalists?

Don’t expect these simple, irrefutable facts to stop the radical environmentalists from actively pursuing their drive to have the EPA re-categorize nanosilver as a “toxic environmental pesticide.”

After all, they’ve been factually challenged on this issue from the start.

Even now, the radical environmentalists are capitalizing on the release of a new study from fellow environmentalists at Purdue University who have determined that – gasp! – if you overdose flathead minnows on high concentrations of commercially produced powdered silver nanoparticles in an artificial test tube laboratory environment, they will show signs of toxicity. (See this post for more information.)

The lengths these environmentalists will go to in order to have nanosilver regulated into oblivion as an “environmental toxin” are apparently boundless – including conducting agenda-driven studies that throw all principles of honest science and scholarship out the window.

That’s what makes the radical environmentalists so dangerous. They don’t care how they achieve their goals. The ends apparently justify the means.

Keep in mind that for all intents and purposes, nanosilver is colloidal silver.

That’s precisely why the radical environmentalist groups included the top four brands of colloidal silver in their original 2008/2009 petition to have the EPA pull all nanosilver products off the market.

Therefore it is critical that the colloidal silver community come together with the nanosilver industry on this issue and help support efforts to educate the EPA about the historical environmental safety of nanosilver products and their long history of usage.

One simple way of doing so is to support the great work of the Silver Institute and their newly formed Silver Nanotechnology Working Group (SNWG).