How Colloidal Silver Was Used by Doctors in the Early 1900s 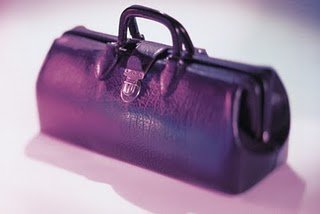 The following brief excerpts (in italics) are taken from the book The Use of Colloids in Health and Disease, by chemist Alfred B. Searle, published in 1919.

The old-English spellings of the illnesses that were successfully treated with colloidal silver back at the turn of the century have been left as they were in the original text.

What I find most interesting is the wide variety of conditions that silver was known to be a successful remedy for…over 90 years ago!

Meanwhile, today, we have medical bureaucrats seeking to quash its use in health and medicine, deeming it to be “not safe and effective.” And we have natural health naysayers claiming it to be “without benefit.”

Amazing, isn’t it? Who are you gonna believe?

When prepared under suitable conditions and properly protected, colloidal silver sol is quite stable even in the presence of salts and of the normal constituents of the blood. Its destructive actions on toxins is very marked, so that it will protect rabbits from ten times the lethal dose of tetanic or diptheric toxin…. Colloidal silver has been used with marked success in the following cases, cited by C.E.A. MacLeaod:

Sir James Cantlie has found it particularly effective in cases of sprue, dysentery, and intestinal troubles.

… A. Legge Roe regards stable colloidal silver as a most useful preparation in ophthalmic practice, and particularly in cases of:

According to this authority, the great chemosis which usually accompanies the use of silver nitrate is avoided and, in his opinion, if colloidal silver were adopted in every case of purulent ophthalmia of infants, “there would be no such thing as impaired sight or blindness from this cause.”

… Sir Malcolm Morris has found that colloidal silver is free from the drawbacks of other preparations of silver, viz. the pain caused and the discoloration of the skin; indeed, instead of producing irritation it has a distinctly soothing effect. It rapidly subdues inflammation and promotes the healing of lesions. He has had remarkable results in enlarged prostate with irritation of the bladder, in pruritis ani and perineal eczema, and in haemorrhoids.

J. Mark Hovell has found colloidal silver beneficial for permanently restoring the potency of the Eustachian tubes and for reducing nasopharyngeal catarrh.

Colloidal silver has also been used successfully in septic conditions of the mouth (including tonsilitis and quinsies), ear (including Menier’s symptoms and closure to Valsava’s inflation), and in generalized septicemia, leucorrhoea, cystitis, whopping cough, and shingles.

… Collosol argentum [a older commercial form of colloidal silver – ED] has also proved useful in influenza, both as a prophylactic and for curative purposes when applied as a spray to the nostrils, for bathing the eyes, and as a gargle for the throat.

B. Seymour Jones has used an intranasal spray of colloidal silver in ca case of cerebro-spinal meningitis. He has also used colloidal silver with marked advantage in several cases of rhinitis and oedematous enlargement of the posterior ends of the middle and inferior turbinates with true hyperplasia.

So Why Isn’t Colloidal Silver Used by Doctor’s Today?

Well, there you have it. Before the advent of the Food & Drug Administration in 1930, doctors freely used colloidal silver and found it astonishingly effective for a wide range of serious conditions.

Today, not so much. In fact, most doctors I’ve spoken with over the past 15 years – and I’ve spoken to dozens of them – won’t publicly admit to the use of colloidal silver, even if they use it regularly.

Pitiful, isn’t it? But it’s not the fault of the doctors. They’re simply put into an untenable position by the medical bureaucrats in which they risk their entire careers if they even attempt to use supposedly “unproven” natural substances like colloidal silver on their patients.

It’s the medical bureaucrats and their lackeys in the media that are at fault. They do the bidding of Big Pharma, while claiming to be watching out for the health and safety of the Amercian people. They work to suppress the information on natural substances like colloidal silver while allowing potentially toxic prescription drugs to be marketed and sold indiscriminately, even if they kill people.

But if the safety of the American people were truly their goal, why is it that an average of 106,000 Americans die each year from properly prescribed and used, FDA-approved prescription drugs, while ZERO deaths are attributed to nutritional supplements like colloidal silver?