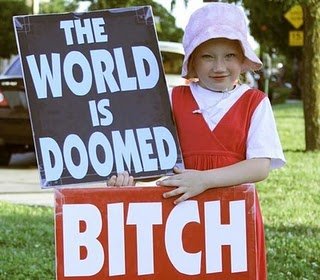 I warned in an article back in October of 2009 that the radical environmentalists were so mindlessly dead-set against the use of silver as an antimicrobial agent in commercial products, that they’d probably soon claim it’s a major cause of global warming.

Of course, I made that prediction with just a little bit of tongue in cheek, not realizing the green lunatics who have hijacked the cause of environmentalism would actually be so brazen as to make such a ridiculous claim.

But now, radical environmentalists are actually claiming that silver is “killing the planet” and helping exacerbate “climate change” because it’s being used for its antimicrobial properties in a variety of commercial products!

Below, for example, is an excerpt from a recent news article published in the Herald Sun newspaper. The article is titled Stinky Socks Killing Planet. (I’m not kidding you.)

In it, environmentalist “experts” claim – with straight faces, mind you – that the use of tiny silver particles in socks for the purpose of killing the germs that cause foot odor is “causing the release of dangerous greenhouse emissions.”

Read the excerpt from this news article for yourself…and please…try hard to hold back your laughter:

Specially designed odor-killing socks may be a climate-change culprit, research has found.

Microscopic silver nanoparticles infused in socks as a way to knock out the pungent stench generated by their owners’ feet may give off greenhouse gases, according to Friends of the Earth research.

Study co-author Georgia Miller said: “The silver in odor-killing socks could actually be causing the release of dangerous greenhouse emissions.”

When bacteria in wastewater treatment plants come into contact with the tiny particles, they release up to four times the typical level of nitrous oxide.

“To save the planet, we may have to do a little more laundry and do without those hi-tech socks.”

This would be screamingly funny…if these environmentalist whack-jobs weren’t dead serious.

Unfortunately, they are serious. Serious as a heart attack.

Indeed, their irrational hatred of silver is so deeply ingrained that they either can’t see the fallacy of their own tortured logic, or they simply don’t care that their “facts” are based on little more than overblown conjecture and agenda-driven neo-Luddite junk science.

…they claimed the silver would ultimately leach into the environment and upset the delicate balance of nature by killing off “environmentally sensitive microorganisms” that the ecology depends upon.

This, they stated breathlessly, would result in a domino effect in which, apparently, the entire food chain would collapse, resulting in environmental catastrophe of unprecedented proportions.

Laughed Out of the Room

Later, when that argument got them laughed out of the room (because silver comes from the environment in the first place, and has yet to spark such an ecological catastrophe even though it’s presence has been ubiquitous throughout the earth for millions of years) the environmentalists quickly switched gears.

Suddenly they began claiming they had proof that silver used for its antimicrobial qualities in commercial products such as clothing, cosmetics, sunscreens and food packaging would ultimately leach into the human body and interfere with human DNA replication.

Apparently, they feared this would cause mutant humanoids to evolve, which of course, truly would be a threat to the environment. (Come to think of it, maybe that’s how we ended up with the environmentalists!)

It turned out, however, that their much-touted study was not on human DNA at all. (Dang…I was hoping we could play cowboys and mutant humanoids.)

Instead, it was a bacterial study demonstrating the fact that when e. coli bacteria are exposed to silver particles, the silver attaches to their DNA and prevents them from replicating.

Indeed, all their trumpeted study really did was prove what silver advocates have been saying for years:You won’t get infected if you keep silver nearby. It will kill the pathogens, and keep you safe!

But apparently, being wrong about everything has never stopped an environmentalist.

They next began to attack silver as being toxic to aquatic animals, claiming they had proof positive it poses a dire threat to higher life forms in the environment.

Turns out, the study they touted for this hyperbolic whopper was not conducted in a real-life environment at all.

In fact, it was strictly a laboratory study in which (again, please hold your laughter) some poor little Fathead Minnows were tossed into small containers and soaked in increasingly stronger concentrations of stirred up nanosilver until they all croaked.

All of this was done by fathead environmentalists, of course. (So, where’s the ASPCA when you need them?)

Naturally, if you soak anything in increasingly stronger concentrations of silver nanoparticles you will eventually reach a point where the concentration becomes toxic.

The same thing can be said for iron, copper, zinc, calcium, boron, magnesium, potassium, sodium, or any other mineral for that matter – yes, even dirt. They are all toxic to aquatic life at some concentration.

Nope! Apparently, silver is the sole target of these radical environmentalists.

And creating the illusion that silver is more dangerous than any other substance on earth to the very environment from which it originally came is their singular, narrow-minded goal.

As nutritional supplement formulator George Foss pointed out at the time regarding the ludicrous conclusions being reached by environmentalists from the Fathead Minnow study:

“The researchers did not even remotely attempt to replicate nature. They did not attempt to evaluate and replicate the amounts of nanosilver the fathead minnows might be exposed to in a real-life environment.

The extremely high levels of nanosilver concentration used in the experiment were either a self-fulfilling prophecy at best, or constitute an experiment designed with a foregone conclusion at worst. That’s certainly not the type of science I was ever taught in school.”

And that’s entirely the point, my friend. The environmentalists have no shame whatsoever when it comes to accomplishing their agenda.

They draw broad, sweeping conclusions about the environment from studies not even conducted in the environment. And then they use those studies to deceive the public into believing a threat exists when, in reality, there is none to be found.

The Sky is Falling!

So now the environmentalists are proclaiming that a contributing factor to global warming is the manufacture and sale of socks impregnated with small silver particles for the purpose of killing the germs that cause foot odor.

In other words, learn to live with your stinky feet, or risk frying in the coming global conflagration Al Gore has been warning about since the beginning of time, when he first created the earth and held it in a balance.

I hesitate to even think what kind of ludicrous claim the environmentalists will make next.

In fact, what scares me most today is that if I dare speculate again on the coming apocalyptic pronouncements of the environmentalists, the greenies will read what I wrote and have another clinical study conducted to prove it too, is true.

But I guess I’ll stick my neck out one more time. I predict that soon, the radical environmentalists will claim silver is making the sky fall.

There…I’ve gone and done it. Don’t look up. (Unless, of course, your name is Chicken Little.)

P.S. The Colloidal Silver Secrets Community on Facebook is growing by leaps and bounds. If you haven’t joined with me and the more than 2,700 members yet, please do so today by clicking the link above.

The group is FREE to join. And by joining, you’ll be among the very first to learn about new studies on colloidal silver usage and other vital colloidal silver news and views as soon as it’s available.

So if you’re looking for THE place on the internet to interact with other experienced colloidal silver users, the Colloidal Silver Secrets Community on Facebook is it!