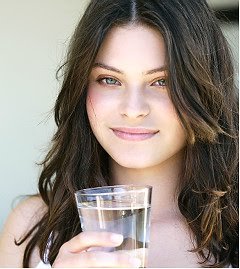 “Another customer – a 21 year old woman – tells us that when she first tried colloidal silver at the behest of a good friend, she brewed up a 16 ounce glassful of about 10 ppm, and drank it straight down.

She said that after drinking it, something just lifted from her body. She felt like a hidden burden had been removed. She hadn’t even realized how depressed she had been. She told us that she had felt mentally dull and lethargic on a daily basis for as long as she could remember, and just figured that was how she was supposed to feel.

When we spoke to her several days after trying the colloidal silver, she asked “What’s in that stuff, anyway? I haven’t felt so well in years.”

After having a number of these types of experiences related to us by customers, we speculated that perhaps these people had been victimized by long-term underlying infections which had been causing the depression as a side effect. And that perhaps when the colloidal silver killed off the infection, the body was able to reverse the depressed state.

But that didn’t explain how some of these people had been completely relieved of their depressions so quickly – several said they could feel the depression leaving their bodies within 15 to 20 minutes after drinking the colloidal silver. So, to try to find out more, we contacted independent colloidal silver researcher Darrel Tichy and asked him what he thought might be going on.

He explained that there was indeed some recent medical research that might explain these experiences. He says this research demonstrated that a small amount of mineral silver is needed by the human body to effectively process certain B-vitamins, particularly B-12, which is the body’s energy and stamina vitamin. B-12 deficiencies have long-been known to result in lethargic and depressed physical and mental states in people. And now, B-12 deficiencies (at least some) have been linked to low levels of silver in the body, according to Tichy.

In other words, adding the silver to their systems triggered a B-12 uptake which was akin to getting an injection of B-12 at the doctors office!

Well, we don’t know for sure why colloidal silver seems to work so well for these individuals who suffered from depression. But we do know, by their own accounts, that it is working for them. In almost every case relayed to us, the individual initially drank a full 16 ounce glass of homemade 10 ppm colloidal silver, and if it worked they only repeated that dosage whenever symptoms of their depression seemed to be returning.

Indeed, most told us that they are now able to stifle recurring depressive episodes simply by taking a few ounces of colloidal silver the moment they feel even the slightest twinge of depression returning!”

[Important Note: While we find the above excerpt from the Ultimate Colloidal Silver Manual to be fascinating and helpful, we strongly feel that drinking 16 ounces of colloidal silver at once is an excessive amount, and that smaller amounts may have been just as helpful in the above-mentioned cases. While over the past 16 years we’ve witnessed such large amounts of colloidal silver taken many times, with no apparent harm or side effects whatsoever, we do caution that excessively high doses of colloidal silver over long periods of time have in certain cases resulted in the cosmetic skin condition known as argyria, in which silver particles are pushed to the skin, turning it a bluish-grey.

It is also important to note that depression is a multi-faceted condition and can have different causes in different people. A number of natural treatments are available and your health care practitioner should always be consulted if depression is severe or prolonged. We highly recommend the book, The Omega-3 Connection by Dr. Andrew Stoll, M.D., which discusses the use of Omega 3 fatty acids for alleviating depression naturally.