Will Colloidal Silver Used Around the House Harm Septic Tanks or Sewage Systems? 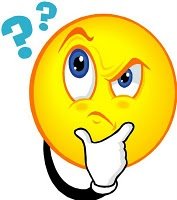 I received two questions recently, from a reader who had just read the previous post on the 20 Top Ways to Use Colloidal Silver Around the House.

Here are the questions:

Is it true that those with septic systems should not be flushing even moderate amounts of colloidal silver down their drains due to the detrimental effect of the silver on the bacteria in the tank that help break down sludge and solids?

Also, when a person “excretes” the silver in their system is it still capable of killing bacteria, etc. thus causing a septic system to not break down waste?

Since these are valid questions, and there is a lot of misinformation on this subject posted on the internet, I thought I’d share my answer with readers of this blog. See my answer below…

Some people make a big deal out of the septic tank issue, claiming that pouring colloidal silver down the drain or flushing it down a toilet or using it in the laundry will put enough silver into the septic tank to stop the microbes from breaking down the sludge and solids in the tank.

However, I lived in a house with a septic tank for over 10 years and used colloidal silver the whole time, spraying sinks, faucets, toilet bowls, etc. with silver regularly.

Not only that, but over that decade I routinely experimented with colloidal silver, making large numbers of batches to test for particle size and concentration and many other factors. And when I was done with those experiments I generally dumped the excess colloidal silver straight down the drain. And we never had a problem with our septic tank. So I think the dire warnings about home colloidal silver usage and septic tank bacteria is quite frankly, much ado about nothing.

Indeed, we had our septic tank pumped only once in ten years, and it had been in use with the previous owner of the house for three years before that. So it was within a perfectly normal range. There was no premature “clogging” of the lines due to the inability of bacteria in the tank to break down the sludge. There was never a problem at all.

The reality is that silver particles bond rather quickly with just about any organic materials they come into contact with. This is called “agglomeration.” And when silver particles are exposed to other organic materials (such as would be found in high concentrations in septic tanks, sewerage systems, lakes, streams, etc.) and bond with them, that organic bond dramatically weakens the germicidal activity of the silver.

It is not unusual for a silver particle released into an environment teaming with organic materials (such as in a septic tank or sewage system) to bond with those materials to the extent that the materials cover virtually the entire particle of silver, basically preventing the silver from coming into contact with anything.

This, for example, is why mountain streams with high silver content in them (such as up in Colorado, where silver is prevalent not only in the earth but in the waters) are not devoid of bacteria or other microbes, but instead are literally teaming with microbes. How could that be? It’s because the silver becomes more or less inert in its basic organic form, because it is bonded to other organic minerals and materials. If the silver particles didn’t agglomerate with other organic minerals and materials, the lakes and streams in areas with high silver content would be essentially sterile (i.e., germ-free). But they are not.

In short, It is only when silver is kept in a pure, unadulterated and highly processed state (such as through the electrical process of making colloidal silver) that it is able to actively release the silver ions that have such dramatic germicidal activity.

Science now even knows how to bond such highly processed silver to cloth or other textiles in such a way that the silver continues to release germ-killing ions for relatively long periods of time. But in nature, the bonding (or agglomeration) between silver and other organic materials cannot be controlled as it is in manufacturing. Instead, it is completely uncontrolled. And ultimately silver particles in the environment become so bonded to other organic materials that they become inert.

This is also why the environmentalists who claim that it is dangerous to release even small amounts of silver into the environment (i.e., such as through a sewage system), and who want to strictly regulate silver usage, are so dead wrong.

They don’t take into account that the silver came from the environment in the first place, and that when it is returned to the environment (whether flushed down a toilet or washed down a sink or released through the laundry) it reverts back to its original inert state through the process of agglomeration with other organic materials.

Millions of people wash Clorox bleach down their drains every day, particularly through their washing machines. Bleach is highly germicidal. Yet you don’t hear environmentalists squawking about pouring bleach down the drain. Why? Because generally speaking it does not harm the septic tank flora. Nor does it do much damage to the environment when washed into sewage systems.

That’s because it becomes highly diluted and there are organic processes in nature that render it basically inert. Otherwise, every septic tank in America would be sterile, i.e., devoid of germs due to bleach usage alone. And so would every sewage system. There would be little need for waste treatment plants.

In short, you generally don’t have to worry about using colloidal silver around the house. Nor about the silver the silver you ingest being excreted into your septic tank. Under normal usage, it won’t kill off the bacteria in your septic tank needed to break down the solid waste.