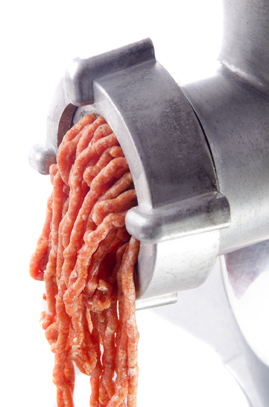 Could this brand new discovery of a special method for infusing paper with silver nanoparticles help solve the growing problem of contaminated meats and other foods?

Does it hold the key to protecting families from infection and disease caused by food-borne illness?

A few months back I wrote an article pointing out the fact that the deadly, antibiotic-resistant pathogen known as MRSA (methicillin-resistant staphylococcus aureus) was now contaminating a surprising portion of the meats you buy at the supermarket.

Indeed, as much as 14% of pork chops, nearly 6% of beef and over 1% of poultry carry the deadly bacterium, which was also found in veal, lamb and other meats.

Worse yet, according to critics, the USDA is apparently covering up this growing problem, because they’re afraid foreign nations that purchase billions of dollars annually worth of U.S. meat would slap restrictions on meat imports from the U.S., or switch to other nations to obtain their meat products.

Of course, colloidal silver has been demonstrated in four separate studies (documented at this web site) to literally decimate the MRSA pathogen.

So people with colloidal silver generators are a great big step ahead of everyone else when it comes to being able to protect their families from dangerous food-borne pathogens.

But now comes word out of Israel that researchers in that country have developed a novel method of impregnating paper (such as butcher paper) with colloidal silver nanoparticles.

Such paper could easily be used to wrap meats, thereby preventing the overgrowth of dangerous food-borne pathogens such as MRSA and E. coli.

Here’s what the researchers wrote in the Abstract for their study:

“Colloidal silver has gained wide acceptance as an antimicrobial agent, and various substrates coated with nanosilver such as fabrics, plastics, and metal have been shown to develop antimicrobial properties.

…measurements revealed that silver nanoparticles penetrated the paper surface to a depth of more than 1 µm, resulting in highly stable coatings.

That’s truly very good news, because without an innovation like this the problem with pathogen-contaminated meats and other foods is only going to get worse as time goes on.

Colloidal silver-impregnated wrapping paper for foods could be the simple yet decidedly effective solution needed to solve the growing problem of food-borne illness and disease that affects all families, not just here in the U.S., but around the world.

Indeed, this simple technological breakthrough could also very well be the solution that would allow the U.S. to continue exporting billions of dollars worth of meat annually to foreign countries –

– without having to undertake expensive (and potentially health-robbing) processes such as irradiating fresh meats in order to kill bacteria.

The Environmentalist Fly in The Ointment

The only problem is this: Here in the U.S. certain radical environmental groups like Friends of the Earth and the Center for Technology Assessment have banded together to stop the use of colloidal silver nanoparticles in commercial products.

They speculate, without any evidence whatsoever, that the use of colloidal silver nanoparticles in commercial products for antimicrobial purposes will result in widespread release of silver throughout the environment –

– and they claim this widespread release could harm our fragile eco-system by wiping out “ecologically important bacteria,” destroying plant life, and even harming higher order animals such as fish.

The environmentalists even warn – with unbelievable sensationalism – that silver-based products could harm little children, and as a result they’ve called for a complete ban on such commercial products.

Of course, more level-headed researchers have pointed out that silver comes from the environment in the first place –

– and that once released back into the environment, silver particles bond rapidly with other minerals, salts, sulfur compounds, and more. And in so doing, they become essentially inert.

This is why, for example, the world’s oceans contain literally tons of trace mineral silver, yet they are teeming with abundant wildlife from the smallest amoebas to gigantic whales and uncountable creatures in between.

Similarly, rivers, lakes and streams in mountain country around the world contain higher than normal levels of trace silver, yet they too teem with abundant wildlife.

So clearly, the mere presence of silver – even high levels of silver – in the environment is not a portent of ecological disaster.

Indeed, based on the astonishing numbers of living creatures in the world’s oceans and rivers alone, the argument could just as easily be made that the presence of silver is a boon to higher life forms and not a detriment at all!

But common sense arguments do not seem to change the minds of the radical environmentalists.

Indeed, the more their shrill claims are disproven, the more sensationalistic their subsequent claims become.

For example, now the radical environmentalists are even saying that colloidal silver nanoparticles are “killing the planet” by contributing to global warming!

Surprisingly, the environmentalists have gained the ear of the Environmental Protection Agency, which is now holding ongoing hearings on the use of colloidal silver nanoparticles in commercial products.

So, while the Israeli researchers who have discovered how to embed colloidal silver nanoparticles into meat-wrapping paper may well hold the key to the salvation of the U.S. meat industry in their hands –

– they will nevertheless be up against some formidable (albeit, in my view, mentally unstable) opposition when they try to bring their new innovation to market.

The environmentalists simply will not stand for new silver-based products being released, no matter how many lives it may help save.

The Word Is Getting Out

Thankfully, the word is getting out about this remarkable new breakthrough innovation.

Only recently, our good friends at the popular ezine New Atlas (Formerly Gizmag), which alerts its readers to the latest innovations in commercial technology, did a story on this Israeli research breakthrough, stating in part:

“Silver is a known killer of harmful bacteria, and has already been incorporated into things such as antibacterial keyboards, washing machines, water filters, and plastic coatings for medical devices.

Now, scientists have added another potential product to the list: silver nanoparticle-impregnated “killer paper” packaging that could help keep food from spoiling.

Led by Aharon Gedanken from Israel’s Bar-Ilan University, the team discovered that paper could be covered with silver nanoparticles through the application of ultrasonic radiation – a process known as ultrasonication.

…Unlike previous attempts at creating antibacterial paper, this one-step method was reportedly quite effective, and produced a smooth, homogenous, long-lasting coating.

By varying the nanoparticle concentration and the application time, the thickness of the coating could be varied as needed.

When exposed to E. coli and S. aureus bacteria, both of which cause food poisoning, the paper killed them all off within three hours.”

I’d definitely call that an innovation whose time has come!

Meanwhile, you can wash or simply spray your foods with colloidal silver.

If you have a high-quality home colloidal silver generator like the brand new Micro-Particle Colloidal Silver Generator from The Silver Edge, it’s simple as can be – and inexpensive, too – to protect your entire family from food-borne illness and disease!