Consumer Reports Lists Colloidal Silver as One of the Top 12 Supplements to Avoid! 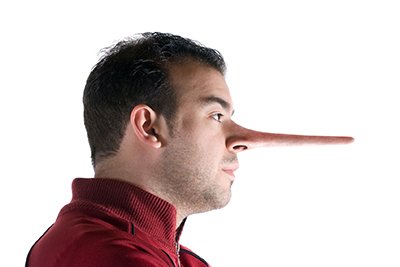 The supposedly “unbiased” Consumer Reports has just issued one of its most biased reports ever. They’ve apparently joined the battle to have nutritional supplements more heavily regulated by the bureaucrats at the Food & Drug Administration. And, surprise, surprise, colloidal silver is featured prominently in their crosshairs!

I’ve been getting a ton of emails, phone calls and other communications about the new Yahoo/Consumer Reports article that lists colloidal silver among 12 nutritional supplements that, according to the authors, should be avoided at all costs due to potential health dangers.

For those who are angry about the inclusion of colloidal silver in this ridiculous article, I couldn’t agree with you more.

After all, silver’s long and successful history in health and medicine dates back to well before the time of Christ. And colloidal silver’s long history as a safe, natural infection-fighting agent dates back to the late 1880s when it was first discovered and manufactured by members of the medical community shortly after Thomas Edison harnessed electricity. None of this was mentioned by the Consumer Reports authors.

Indeed, most of the supplements listed in the Consumer Reports article – including colloidal silver – have a history of many decades of safe and successful usage. And some of the listed supplements have actually been used safely and successfully for centuries.

Pardon Me, Ma’am, but Your Bias is Showing…

But instead of providing some balance to their article by discussing the long and well-known historical uses of the supplements they featured, Consumer Reports instead focused solely on a small handful of negative reports from the past in which the listed supplements were misused by consumers.

What’s more, Consumer Reports didn’t even quote a single advocate of the 12 nutritional supplements they listed as being “dangerous.” No colloidal silver expert was brought in, for example. And apparently no experienced nutrition-oriented doctor was even consulted for the article. Supplement industry experts were completely ignored.

In short, Consumer Reports, which proudly claims to be an “unbiased” source of information, wrote one of the most biased articles I’ve ever seen. It was little more than a journalistic drive-by shooting disguised as a “consumer alert,” pure and simple.

And to make matters worse, the Consumer Reports authors wove through their article the usual claptrap about the nutritional supplement marketplace not being “as safe as it should be” due to lack of oversight by the FDA.

In reality, of course, nutritional supplements are among the safest substances on the face of the earth.

In fact, according to the U.S. National Poison Data System, last year there was not a single death from vitamins, minerals, amino acids, herbs or any other nutritional supplement (including colloidal silver).

No mention of that inconvenient little fact in the “unbiased” Consumer Reports article!

Yet in comparison, each and every year there are an average of 106,000 people who die from FDA-regulated prescription drugs…in the U.S. alone!

That’s only the deaths from Big Pharma’s drugs. It doesn’t include the additional hundreds of thousands of debilitating “adverse events” caused by FDA-regulated drugs.

So where’s the Consumer Reports article on the top 12 most dangerous prescription drugs? Hmmm. Nowhere to be seen.

What’s more, it was heavily biased in favor of the very regulatory authorities who have for so long now miserably failed to protect the public from the death and carnage being wreaked by Big Pharma, all the while whining about the supposed “dangers” of herbs and vitamins and other nutritional supplements.

As I mentioned earlier this week in a post on the Discussion board at the Colloidal Silver Secrets Community on Facebook, the main thing to understand is that there’s a concerted campaign going on right now (most likely backed by the pharmaceutical drug industry) to label colloidal silver as a “health hazard” and an “environmental toxin” and have it removed from the market or regulated as a drug.

If you go to our articles page and look at some of my most recent articles, you can see the ridiculous lengths the naysayers are going to in order to denigrate colloidal silver.

Whenever you see a concerted campaign in the media like this, you can almost always bet it has pharmaceutical industry backing.

Why? Because the pharmaceutical industry has long considered colloidal silver to be its #1 rival to their expensive and potentially toxic prescription antibiotic drugs.

So this is nothing new. The Consumer Reports article is just another potshot in a long series of potshots directed at colloidal silver, in an effort to have it removed from the market.

Back in the mid-1990s the FDA attempted to ban the sale of colloidal silver, at the behest of the pharmaceutical industry.

This action, too, was preceded by a large number of news articles planted throughout the controlled media in order to turn the public against colloidal silver.

But instead of public support for the ban, the FDA was met with a barrage of protest from thousands of average people who had been using colloidal silver for years with significant positive benefits, and no problems.

After studying the issue for three full years, the FDA could find no evidence that colloidal silver, when used in moderation and with common sense, caused any harm.

Forced to backpedal on their claims against colloidal silver, they issued their “Final Ruling” in July 1999 allowing colloidal silver to remain on the market, with a few small restrictions in labeling and advertising (i.e., they basically ruled you could not make “drug claims” for the product i.e., you couldn’t label it a “natural antibiotic” or claim in your advertising that it cured anything).

So as you can see, this is indeed part of a long-running battle the natural health community has been fighting since the mid-1990s.

The Battle Heats Up

Last year the battle heated up again when several radical environmental groups who had been taking collectively millions of dollars in funding from foundations associated with major pharmaceutical companies sued the EPA to pull products containing silver nanoparticles (i.e., colloidal silver) off the market and regulate them as “pesticides.” (See this link and this link for two of the many articles I wrote on this topic at that time.)

Of course, they were soundly trounced in their efforts when once again public opinion turned against them, forcing the EPA to back off.

Unfortunately, today, environmental bureaucrats continue to try to regulate colloidal silver into oblivion, by re-categorizing it as “nanosilver” and claiming it’s “potentially toxic to the environment” and thus in need of being strictly regulated.

Of course, it’s the same old battle, but with new tactics. They simply won’t let up until they finally achieve their heavy-handed regulatory goals.

If you find your faith in colloidal silver faltering in the face of this onslaught of false and misleading information, you might want to read the article “How Do We Know Colloidal Silver Actually Works?” at this link, and follow through on some of the links there to important recent medical studies demonstrating the astonishing power of colloidal silver against deadly viruses and other serious diseases such as MRSA.

And also, be sure to read the article “8 Prevalent Myths and Misconceptions About Colloidal Silver” at this link, as it answers most of the charges against colloidal silver referred to in the Consumers Report article.

There are tons of great articles on the benefits of safe, natural colloidal silver at this link.

You can read what some of the world’s top expert say about colloidal silver at this link.

You can read an overview of some of the many safe, effective uses for colloidal silver at this link.

I decimate the “colloidal silver will turn you blue” argument here and here.

And, if you haven’t done so already, you can get a FREE “Colloidal Silver Safe Dosage” report at this link.

Finally, be sure to take look at this extremely interesting Testimonials Page and read through some of the hundreds of testimonials from real-life colloidal silver users who have successfully and safely used this miraculous natural substance for everything from curing common colds and the flu to curing eye, ear, nose and throat infections, to curing food poisoning, to curing deadly cases of MRSA, skin cancers, etc.

At some point, you just have to ask yourself, are the estimated 10 million people throughout North America who use colloidal silver crazy, or is the controlled media lying about this substance?

Which is all the more reason why you need to own the means of colloidal silver production by obtaining a high-quality colloidal silver generator, such as the new Micro-Particle Colloidal Silver Generator from The Silver Edge.

Owning a high-quality colloidal silver generator is now the only way left to assure yourself that you’ll always have access to all of the safe, natural colloidal silver you could ever need. It’s your #1 best defense against the relentless efforts of the bureaucrats and their lackeys to regulate colloidal silver completely out of existence.