Could Colloidal Silver Have Saved This Woman’s Life from the Deadly Drug-Resistant Infection that Killed Her? 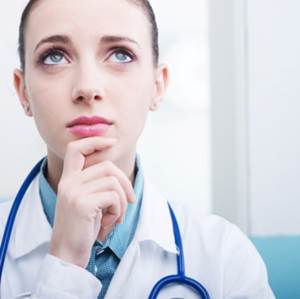 Deaths from drug-resistant superbugs like Klebsiella pneumonia are picking up, yet medical authorities still won’t allow doctors to use safe, natural colloidal silver even in cases in which the patient’s life is at stake and traditional antibiotic drugs simply aren’t working.

This is an egregiously deplorable situation, particularly when you consider the fact that medical authorities now know, from recent clinical studies, that colloidal silver by itself kills drug-resistant pathogens like Klebsiella pneumonia, and that when silver is added to antibiotic drugs, it boosts their effectiveness against the superbugs by up to 1,000x.

Here’s the story you won’t read anywhere else…

According to a recent news report, a woman from Nevada who had recently undergone surgery in India for fractured leg bones ended up dying of a post-surgical infection that was resistant to “all 26 available antibiotics.”

Health authorities now say this “raises new concerns about the rise of dangerous superbugs.” They also point out that the pathogen she had become infected with – multi-drug-resistant Klebsiella pneumoniae – has been described by the World Health Organization as “an urgent threat to human health.”

The woman’s doctors apparently didn’t think about giving the woman some colloidal silver along with the antibiotic drugs she was being given intravenously, in spite of the fact that recent studies have demonstrated silver’s astonishing ability to boost the effectiveness of antibiotic drugs against drug-resistant pathogens by up to 1,000x when it’s added to them. For example, see:

So giving the Nevada woman some colloidal silver along with her antibiotics might well have saved her life. After all, the specific antibiotic-resistant pathogen the woman contracted during surgery – Klebsiella pneumonia – has long been known to be sensitive to silver, even without the presence of antibiotic drugs.

In test tube studies, even small amounts of silver have been demonstrated to kill the pathogen. For example, in a clinical study titled “The Antimicrobial Efficacy of Silver on Antibiotic-Resistant Bacteria Isolated From Burn Wounds,” conducted by researchers at the Department of Pathology at West Virginia University, and published in the International Wound Journal in October 2012, drug-resistant Klebsiella pneumonia was one of the 49 different strains of drug-resistant pathogens that silver was demonstrated to be effective against.

I’ve previously written about the drug-resistant strain of Klebsiella pneumonia responsible for killing the Nevada woman. It’s known as a CRE bacteria (i.e., Carbapenem-Resistant Enterobacteriaceae­), which essentially means it’s resistant to even the so-called “antibiotic drugs of last resort.” So if you’re at all concerned about this issue, you might want to read my previous article, at this link:

Of course, antimicrobial silver has been clinically demonstrated to kill numerous forms of drug-resistant pathogens. For example, here are three relatively recent clinical studies in which silver was demonstrated to be effective against a wide variety of superbugs:

As you can see, there’s hardly a superbug in existence that hasn’t been demonstrated by clinical research to be sensitive to antimicrobial silver. And that even includes the deadly MRSA pathogen, which infects some 94 million people every year and kills some 18 million of them! (See four different clinical studies demonstrating silver to kill the deadly MRSA pathogen, here: Does Colloidal Silver Really Kill MRSA?)

Why Won’t Doctors Use Colloidal Silver?

In the recent news article about the woman who died of the drug-resistant superbug Klebsiella pneumonia, researchers complained that doctors might have been able to save the woman’s life if they could have given her antibiotic drugs that are approved for use in Europe, but are not approved for use here in the United States where the woman was treated after having surgery in India.

For example, Laura Piddock, a professor of microbiology at the University of Birmingham, stated that the woman’s death demonstrates the fact that doctors “need the flexibility to use antibiotics licensed for use in other countries and shown to be active in the laboratory against the patient’s infecting bacterium.”

That’s probably a good point. But perhaps an even better point is that in cases in which the antibiotic drugs simply aren’t working against a drug-resistant pathogen, why can’t doctor’s give the patient colloidal silver, either by itself, or alongside existing antibiotic drugs?

In my view, the fact that medical science knows silver is effective against drug-resistant bacteria, but won’t use it, makes it imperative for people with foresight and wisdom to take matters into their own hands, and make sure they have plenty of safe, natural colloidal silver on hand at all times.

And the simplest way to do that is to make your own colloidal silver, with a Micro-Particle Colloidal Silver Generator from The Silver Edge. Here’s what you need to know…

How to Make Your OwnMicro-Particle Colloidal Silver

Thankfully, today, high-quality colloidal silver – the world’s safest and most powerful natural healing and infection-fighting agent – is available in just about every well-stocked health food store in the United States.

Unfortunately, the cost can be exorbitant, with a tiny four-ounce bottle selling for anywhere between $20 and $30 apiece. That’s because it works so well against infections, people are willing to pay through the nose for it.

But here’s the good news: You can make your own high-quality colloidal silver for just pennies, quickly and easily, with a Micro-Particle Colloidal Silver Generator from The Silver Edge, the world’s #1 best-selling colloidal silver generator.

Indeed, a Micro-Particle Colloidal Silver Generator allows you to make one full quart of colloidal silver at a time, for less than 36 cents each. And you can make quart after quart for the rest of your life, for just pennies!

So there’s no longer a need to pay greedy health food stores $20 and $30 for a tiny, four-ounce bottle of colloidal silver, when you can make it yourself at cost for a few cents per quart.

Obviously, having the ability to make your own high-quality micro-particle colloidal silver for only pennies per quart is about as close as you’ll ever get to having “free” colloidal silver for the rest of your life, any time you or a family member, friend or loved one needs it.

And because the silver particles produced by the Micro-Particle Colloidal Silver Generator from The Silver Edge are as small as .8 nm – a fraction of a single nanometer – their effectiveness against colonies of pathogenic microbes is astonishing.

Because of their extremely small size, these tiny, submicroscopic silver particles are up to 1,000 times more bioavailable than conventional silver particles. This means the human body is able to absorb 99-100% of the silver, send it throughout the body to kill pathogens, and then excrete it with ease, afterwards.

Plus, it’s now known that these tiny silver micro-particles are able to kill off entire colonies of pathogens with far greater effectiveness than conventional colloidal silver particles, because of the “zombie effect” described in this recent article about brand new research out of Hebrew University in Jerusalem.