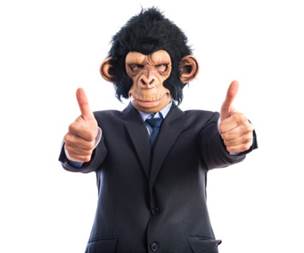 The Monkeypox virus is very similar to the human smallpox virus. Indeed, both viruses are in the same family of viruses known as Poxviridae.

According to Wikipedia, Monkeypox virus is usually transmitted to humans from rodents, pets, and primates through contact with the animal’s blood or through a bite. (You might remember news headlines back in 2003 regarding an outbreak of monkeypox virus in the U.S. midwest, among owners of pet prairie dogs.)

Here’s the good news: Both monkeypox virus and smallpox virus have been demonstrated in clinical studies to be “significantly” sensitive to various forms of antimicrobial silver. Learn more below…

Even some of the most exotic of viruses have been demonstrated in laboratory test tube studies to be sensitive to silver. And the scientists behind those studies claim this effectiveness against exotic viruses proves silver is worth investigating as “a potential therapeutic antiviral agent.”

For example, according to a clinical lab study published in volume 3, number 4, April 2008 edition of Nanoscale Research Letters, very small silver particles (10 nm in size) significantly inhibited the infectivity of the Monkeypox virus.

The study was conducted in conjunction with the Applied Biotechnology Branch, Human Effectiveness Directorate of Wright-Patterson Air Force Base in Ohio. The study’s authors concluded:

“These results demonstrate that silver-based nanoparticles of approximately 10 nm inhibit Monkey Pox Virus infection in vitro, supporting their potential use as an anti-viral therapeutic.”

In other words, the researchers are basically saying that silver’s effectiveness against an exotic animal virus like the one that causes Monkeypox clearly demonstrates that it should further be investigated as a therapeutic antiviral agent.

Another clinical lab study, published in 2008 in the journal Nanoscale Research Letters, was titled “A Preliminary Assessment of Silver Nanoparticle Inhibition of Monkeypox Virus Plaque Formation.”

In this in vitro (i.e., test tube) study, researchers used the monkeypox virus Zaire strain, which was originally obtained from a fatally infected human in Zaire and shown to be fatal in monkeys, as well. The virus was tested under biosafety level 3 conditions in order to prevent infection of the researchers.

In this study, researchers used what’s called a “plaque reduction assay test.” The idea of the test was to determine whether or not the addition of nanosilver to viral-infected cells being grown in Petri dishes would decrease the rate of viral replication in the cells, thus demonstrating reduced infectivity of the virus.

As the viruses begin to reproduce within the infected cells, they start spreading to neighboring cells. But the gel restricts the spread of new viruses to the closest neighboring cells. In other words, as the newly replicated viruses leave their inoculated cells to infect other cells, they can only reach the closest cells to them because of the gel.

As the viral progeny move gradually from neighboring cell to cell, small circular viral “plaque zones” are created (see the above image), indicating viral spread (and thus viral infectivity of the cells). Each circular zone gradually expands, eventually becoming large enough to be seen by the naked eye.

Studying these viral plaques allows researcher to gauge various factors such as the titer of the virus stock, which is to say, the concentration of viruses growing in the sample. This concentration of viral particles is generally calculated in terms of plaque-forming units (i.e., PFUs) per milliliter. This is called a “plaque assay test.”

In a plaque assay reduction test, the infected cells are then treated with a substance (for example, silver nanoparticles) so the researchers can watch to see if the PFU count decreases. A decrease in PFU count in the circular viral plaques would indicate inhibition of viral spread, and thus, inhibition of viral infectivity of the cells.

Pretty nifty, huh? According to the researchers in the above-mentioned study, various concentrations of silver nanoparticles of 10 nm size significantly reduced Monkeypox viral plaque formation “at all concentrations tested.” They wrote:

“…our results indicate that the silver-containing nanoparticles with a diameter of approximately 10 nm (Ag-PS-10) were the most effective at inhibiting Monkeypox virus infectivity as demonstrated by the statistically significant reduction in Monkeypox virus plaque formation at all concentrations tested.”

The researchers concluded, “These results demonstrate that silver-based nanoparticles of approximately 10 nm inhibit Monkeypox virus infection in vitro, supporting their potential use as an anti-viral therapeutic.”

Once again, we see clinical researchers noting that the ability of silver to reduce the infectivity of the exotic Monkeypox virus supports the idea that silver has potential as an effective anti-viral therapy.

Not surprisingly, in another laboratory clinical study published in the Pharmaceutical Chemistry Journal back in September 1992, researchers discovered that that two different preparations of colloidal silver showed amazing efficacy against the smallpox virus, which is in the same family as the monkeypox virus.

Two medical-grade colloidal silver preparations were used, one called Collargol, and one called Protargol. The latter was apparently a diluted preparation.

Antimicrobial Silver
Kills Other Viruses, Too

According to the Colloidal Silver Kills Viruses website, antimicrobial silver has been demonstrated in lab studies to kill an astonishing array of viruses.

The articles at the links below also demonstrate the profound effectiveness of antimicrobial silver against viruses that have been demonstrated in laboratory tests:

As you can see, there’s more than enough clinical evidence for researchers to continue investigating antimicrobial silver for its profound antiviral qualities, and to work on developing a silver-based antiviral therapy.

Unfortunately, they have yet to do so. But in the meantime, you can always make your own high-quality colloidal silver, for just a few pennies per batch.

Make Your Own High-Quality
Colloidal Silver For Pennies

Colloidal silver can be purchased at just about any local health food store, or through a number of online sources including Amazon.com.

However, it’s quite literally one of the most expensive and heavily marked-up natural supplements in existence.

Of course, people are willing to pay through the nose for colloidal silver, since it’s safe and natural, and works so well against germs, mold, fungus, and yes, even viruses.

But thankfully, there’s no need to pay such exorbitant prices for colloidal silver when you can make your own, quickly and easily, in the
comfort and privacy of your own home, for about 36 cents a quart.

Yes, you can make colloidal silver yourself for its actual cost, and altogether skip the sky-high mark-ups charged by health food stores!