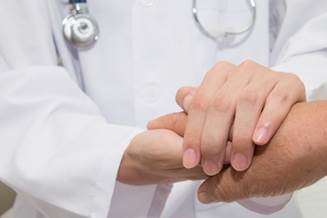 Probably one of the top questions I get is this: “Is colloidal silver safe to use?”

Of course, I’ve used colloidal silver daily for well over 20 years now, and have never had a single safety issue with it. Instead, it’s helped keep me on my feet, active and relatively infection-free, even though all of these years I’ve suffered from a chronic degenerative infectious disease known as Chronic Fatigue Immune Deficiency Syndrome, which is why I started using colloidal silver in the first place.

But is there any documentation for colloidal silver’s long history of safety in use? Of course there is. Here’s what you need to know…

Colloidal silver is sold in just about every health food store in America, and throughout Canada and Mexico, parts of Europe as well as by tens of thousands of online vendors worldwide.

What’s more, throughout Europe preparations of silver (generally in the form of colloidal silver) are used worldwide as a water disinfectant, to help prevent microbial contamination. For example:

What’s more, it’s widely used as a water disinfectant in homes throughout countries like Mexico and others, as evidenced by the following news report from The Silver Institute, an organization that reports on the many uses of silver worldwide:

“Since 1955, with the approval of the Ministry of Health of Mexico, Microdyn, a silver colloid, with a particle size of about 2 manometers, has been used to provide healthful water for its citizens.

‘It’s a convenient disinfectant for individual use in areas wherever tap water is suspect…Its use is credited with a dramatic improvement in the health of the residents of the town of Cruz Azul, Lagunas, Oaxaca, Mexico, who for years had suffered rampant gastroenteritis.

The introduction of a Microdyn coating to the town’s water supply cisterns in 1977 made the difference. Other local water supply systems treated with Microdyn achieved similar results.”

Potters for Peace, as well as other organizations that help provide safe drinking water in developing nations have been infusing colloidal silver into ceramic water filters for years – this, as a means of giving poor people in remote villages where there’s no running water, access to clean, safe water disinfected of any potentially harmful microbes.

And for decades here in North America a number of companies have manufactured and sold home water filters infused with colloidal silver, to help keep germs and other potentially harmful microbes from fouling the water supply.

The list goes on and on, but I think you get the point: Colloidal silver has been used in numerous ways, widely – and quite safely – for decades.

When the Dartmouth University researchers studied silver in order to determine whether or not it was safe or toxic in humans, this is what they concluded:

“Trace amounts of silver are in the bodies of all humans and animals. We normally take in between 70 and 88 micrograms of silver a day, half of that amount from our diet. Humans have evolved with efficient methods of dealing with that intake, however. Over 99 percent is readily excreted from the body.

Is silver harmful to humans? Unlike other metals such as lead and mercury, silver is not toxic to humans and is not known to cause cancer, reproductive or neurological damage, or other chronic adverse effects.”

Or as Dr. Herbert Slavin, M.D., Director of the Institute of Advanced Medicine in Lauderhill Florida has put it, “Few things in life are as cut-and-dried as the fact that silver is completely safe when used within normal limits…Ionic silver is entirely non-toxic to the body.”

And as Dr. Jeffrey Blumer, M.D., Ph.D., director of the Center for Drug Research and former director of the Greater Cleveland Poison Control Center has stated, “Common substances like table salt and aspirin are harmless with normal use, but excessive intake can become toxic and even life-threatening. With normal responsible usage, silver supplements are entirely harmless to humans.”

As Byron Richards, CCN (Board Certified Clinical Nutritionist, charter member of the International Association of Clinical Nutritionists has stated, “…the antibiotic properties of silver are quite potent – and the risk to human health in terms of toxicity is negligible. [Silver has] a far better risk/benefit profile than commonly used antibiotics.”

And as Dr. Ron Leavitt, Ph.D., Professor of Microbiology at Brigham Young University has stated, regarding his own clinical studies of colloidal silver, “The data suggests that with the low toxicity associated with colloidal silver, in general, and the broad spectrum of antimicrobial activity of this colloidal silver preparation, this preparation may be effectively used as an alternative to antibiotics.”

Of course, no substance on the face of the earth is completely safe if used abusively. Even common nutritional supplements can be harmful when used outside of the bounds of common sense. For example:

None of those side effects justify being afraid to use the substances mentioned. Why? Because the key phrase involved in each one is “abusive use.” When used in moderation, these substances are not only benign, but extremely beneficial to one’s health and well-being. But when used to dramatic excess, they can cause potentially serious health consequences if the abusive use continues over long periods of time.

It’s exactly the same with colloidal silver. If you use it in moderation and with common sense, it’s generally considered to be completely harmless. Thousands of experiential accounts (and tens of millions of bottles of colloidal silver sold annually, worldwide) suggest you can use it on a regular daily basis in small amounts. Or you can use it from time-to-time on a strictly “as needed” basis in somewhat larger amounts.

But what you cannot do is use it abusively, every single day, for months and years on end, because like any other substance, such abusive use can result in problems rather than benefits.

Colloidal silver can be purchased at just about any local health food store, or through a number of online sources including Amazon.com. However, it’s quite literally one of the most expensive and heavily marked-up natural supplements in existence.

Yes, you can make it yourself for its actual cost, and altogether skip the high mark-ups charged by health food stores!

If you’re interested in learning how to make your own safe, natural, high-quality colloidal silver at home, for about 36 cents a quart, here are some additional short articles you might want to take a look at: