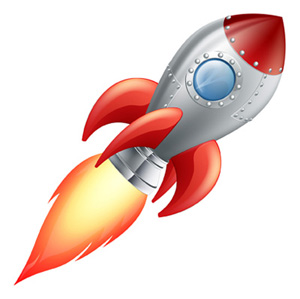 Why do critics with strong ties to institutional medicine and Big Pharma continue to say colloidal silver can interfere with the absorption of antibiotic drugs, when in reality studies show that it actually boosts their effectiveness?

Clinical research from the Department of Microbiology/Molecular Biology at Brigham-Young University, and published in the journal Current Science, Vol. 91, No. 7, October 10, 2006, has demonstrated that colloidal silver works synergistically with antibiotic drugs, and often produces an “additive” effect when used alongside them.

In other words, in many cases colloidal silver actually increases the infection-fighting qualities of those drugs.

What’s more, antibiotic drugs that had previously lost their effectiveness against drug-resistant pathogens suddenly regain their full effectiveness when colloidal silver is used with them!

Below is a list of the antibiotic drugs successfully tested in combination with silver in the above-linked study.

Most of these antibiotic drugs were demonstrated by the researchers to be synergistic with colloidal silver. And the colloidal silver even increased the efficacy of many of them against deadly pathogens such as MRSA, Pseudomonas aeruginosa and E. coli.

(See full results in the clinical study linked to in the first paragraph above.)

The fact that silver can increase the efficacy of antibiotic drugs was further confirmed in research published in the journal Nanomedicine in June 2007.

In a study titled “Synthesis and Effect of Silver Nanoparticles On the Antibacterial Activity of Different Antibiotics Against Staphylococcus aureus and Escherichia coli” the researchers discovered that:

“The antibacterial activities of penicillin G, amoxicillin, erythromycin, clindamycin, and vancomycin were increased in the presence of silver nano-particles (Ag-NPs) against both test strains.

The highest enhancing effects were observed for vancomycin, amoxicillin, and penicillin G against S. aureus.”

In other words, the efficacy of powerful antibiotic drugs like erythromycin and clindamycin against potentially deadly pathogens like Staphylococcus aureus were increased when silver was used alongside them.

And the efficacy of antibiotic drugs like penicillin G, amoxicillin and vancomycin were increased by an even wider margin when silver was added.

So why would adding antimicrobial silver increase the effectiveness of antibiotic drugs?

They confirmed that nanosilver, when used in conjunction with antibiotic drugs like ampicillin, produces an extremely strong synergistic effect against drug-resistant gram positive and gram negative bacteria, largely because of a powerful “one-two punch” the combination delivers.

Here’s a quote from their recent study:

…The combination effect of nanosilver and ampicillin has more potential compared to the other antibiotics and may be caused by both the cell wall lysis action of the ampicillin and the DNA binding action of the silver nanoparticles.

The antibiotic molecules contain many active groups such as hydroxyl and amido groups, which react easily with silver nanoparticles by chelation.

For this reason, the synergistic effect may be caused by the bonding reaction with antibiotic and silver nanoparticles.”

In other words, the researchers say molecules of the antimicrobial silver actually bond with the antibiotic drug through a process of chelation.

Of course, antimicrobial silver hasn’t been tested in conjunction with every antibiotic drug on the face of the earth. But the results from clinical studies conducted so far appear to be nothing short of stellar.

And Even More Research

In fact, in another study, titled “Antibacterial Efficacy of Colloidal Silver Alone and In Combination With Other Antibiotics on Isolates from Wound Infections,” published in Academic Journals, researchers further confirmed that colloidal silver had a significant additive effect on many antibiotics tested.

What’s more, while there were very few antibiotic drugs which colloidal silver failed to enhance the effectiveness of, even among those few there was nevertheless “no antagonism” between the drugs tested and the colloidal silver.

Of course, the simple fact that antimicrobial silver kills drug-resistant pathogens – with, or without antibiotic drugs – has been re-confirmed time after time.

As recently stated in a 2010 clinical study published in the World Journal of Microbiology and Biotechnology:

By means of a luciferase-based assay, it was determined that silver nanoparticles:

(1) inactivate a panel of drug-resistant and drug-susceptible bacteria (Gram positive and Gram negative),

(2) exert their antibacterial activity through a bactericidal rather than bacteriostatic mechanism, and

(3) inhibit the bacterial growth rate from the time of first contact between the bacteria and the nanoparticles.”

This is important, because it not only confirms the simple fact that silver inhibits the growth rate of potentially deadly pathogens that have become resistant to antibiotic drugs, it also confirms that it inactivates and then outright kills the drug-resistant pathogens.

Of course, some critics have issued dire warnings that colloidal silver interferes with the absorption and efficacy of antibiotic drugs.

These critics – often operating under the imprimatur of organizations with strong ties to institutional medicine and big drug companies – generally regurgitate the warning from the FDA’s 2009 Consumer Advisory Bulletin, which states:

“…the use of silver-containing dietary supplements may interfere with the body’s absorption of some drugs, such as quinolone antibiotics [ciprofloxacin (Cipro), norfloxacin (Noroxin), ofloxacin], tetracycline antibiotics, thyroxine, and penacillamine (Cuprimine).”

But in reality, there appears to be no documented evidence whatsoever for this claim. At least, the FDA can’t provide any.

In fact, when I recently filed a Freedom of Information Act Request with the FDA, asking them to document their claims that ingesting colloidal silver could interfere with the absorption of certain antibiotic drugs and other types of drugs, they had to admit they had no evidence whatsoever for their claims!

The bottom line is that to date, there’s no significant evidence for the long-standing claim that colloidal silver usage can interfere with the absorption or efficacy of antibiotic drugs.

It appears to be a completely fabricated claim, perhaps designed by medical bureaucrats to scare the bejabbers out of colloidal silver users.

And unfortunately, it is regurgitated ad nauseum by organizations with close ties to institutional medicine and Big Pharma, such as WebMD.com, MayoClinic.com, Memorial Sloan-Kettering Cancer Center and even Livestrong.com, among others.

As you’ve seen above there’s plenty of solid clinical evidence that colloidal silver works synergistically with many antibiotic drugs, and even noticeably increases the effectiveness of many of them.

There’s also a plethora of evidence demonstrating that in many cases antimicrobial silver can even restore the effectiveness of antibiotic drugs against potentially deadly drug-resistant pathogens.

If these clinical findings are followed up on, they portend great hope for victims of deadly, antibiotic-resistant pathogens that now kill over 94,000 Americans each and every year, as well as hundreds of thousands more worldwide.

However, combining antibiotic drugs with some form of antimicrobial silver is something the medical establishment might well go for, since the result would be considered a “novel invention” that can be patented.

(See my article on one new “Frankensilver” drug now in development.)

And if saving lives is the goal, then I suppose this is something we can look forward to. After all, it will ultimately bring colloidal silver even more strongly into the limelight, in terms of its infection-fighting capabilities.

To learn how to make your own high-quality colloidal silver, quickly and easily, in the comfort and privacy of your own home, for less than 36 cents a quart, just click the link in this sentence.

Meanwhile, I’ll be back next week with another great article on colloidal silver…