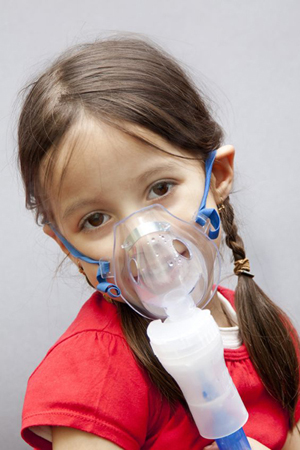 According to the National Institutes of Health, the disease is caused by a defective gene that in turn causes the body to produce copious amounts of abnormally thick and sticky mucus.

The mucus tends to build up in the lungs, digestive tract and other areas of the body, often resulting in life-threatening infections that must be treated with higher-than-usual doses of antibiotics.

The condition is so serious that most people afflicted with it have dramatically shortened life spans. Indeed, the average lifespan for Cystic Fibrosis victims who make it to adulthood is only about 37 years.

Death is usually caused by lung complications as the infections grow more and more difficult to control over time.

In some cases, at least, colloidal silver has been demonstrated to stop the chronic lung infections so often associated with the disease, even when prescription antibiotics were failing to work.

Here’s an article titled “Colloidal Silver, Cystic Fibrosis and Lung Disease,” in which a young child afflicted with severe antibiotic-resistant infections from the dread disease was able to return to a fairly normal life after his parents began treating him with small amounts of colloidal silver daily, ingested orally.

Here’s a link to the actual clinical study discussed in the above article. The doctors were so fascinated with the young child’s astonishing results with colloidal silver, they wrote up the case and had it published in the Journal of the Royal Society of Medicine so other specialists would know about it:

The article at the following link, titled Colloidal Silver, Allergies and Inflammation, discusses recent research demonstrating that in some cases, a pathogen known as Pseudomonas aeruginosa can trigger serious lung infections and inflammatory allergic reactions.

This is important because, as medical specialists know, Pseudomonas aeruginosa is “frequently isolated in the lungs of Cystic Fibrosis patients.”

What’s more, as the following article on Colloidal Silver and Pseudomonas Infections points out, additional recent research demonstrates this pathogen is extremely susceptible to colloidal silver.

In an animal study conducted at the Washington University School of Medicine and presented at the 105th International Conference of the American Thoracic Society, it was demonstrated that inhalation of tiny silver nanoparticles protected mice that had been infected with Pseudomona aeroginosa.

According to an article at this link, “Researchers infected a group of mice with the bacteria Pseudomona aeroginosa, a common cause of bacterial pneumonia in humans, especially those on ventilators, those with cystic fibrosis or those with compromised immune systems.”

The mice were allowed to inhale the aerosolized silver particles once per day, while a control group of similarly infected mice inhaled only a placebo.

The mice that inhaled the antimicrobial silver particles ended up with “significantly lower concentrations of bacteria in their lungs than the mice inhaling placebo nanoparticles.”

– a process, which, by the way, should only be conducted under the supervision of a medical specialist who can monitor lung function carefully and make sure no harm is being caused by the silver itself.

Of course, there are many other pathogens that can create havoc for victims of Cystic Fibrosis.

And while there’s little clinical information on these pathogens in relation to colloidal silver, there are a number of Cystic Fibrosis patients who have discovered colloidal silver for themselves, and have found it to be extremely helpful for their condition.

Naturally, anecdotal accounts are not the same as scientific evidence. But here is an example of what some people are saying on online Cystic Fibrosis boards:

My ‘normal’ bugs are Staph A, and Achromobactor X. I also culture Aspergillis from time to time.

This past April I learned about using colloidal silver (i.e., the ionic form) through a nebulizer, and I started inhaling about 4 mls a day for about two weeks.

My next two cultures no longer had Achromobactor. But I stopped using the colloidal silver, and it came back.

Over the course of the summer, I cultured many new things for the first time including Stenotroptamonas and Burkholderia cepacia.

I spent 17 weeks on IV antibiotics and all the bugs were still showing up, I had enough and got my PICC line pulled. Two days later I was sick again.

I started the silver again, this time using 5 mls twice a day in my nebulizer (no other form antibiotics at all).

Within a couple days I was feeling good again. Four weeks later I went back to clinic and my culture showed ‘light growth Aspergillis’. That’s all!

Sorry for the long rant, but silver is amazing stuff!!”

Again, admittedly, anecdotal information is not the same as clinical evidence.

Unfortunately, there’s not much more information available on colloidal silver and Cystic Fibrosis.

But any doctor having trouble controlling infections in a Cystic Fibrosis patient might want to take a look at the available evidence, and weigh whether or not trying colloidal silver either through a nebulizer as discussed above, or orally as discussed in the first study linked to at the beginning of this article, might be helpful.

In general, colloidal silver can safely be taken in conjunction with antibiotic drugs. However, the FDA warns, with some equivocation, that colloidal silver “may” interfere with the absorption of quinolone class antibiotics as well as tetracycline.

(The FDA’s answer to my Freedom of Information Act request on this claim was less than stellar; turns out they had no corroborating information whatsoever to back up their claims that colloidal silver “may” interfere with the absorption of these antibiotics. See “FDA Admits: No Proof Colloidal Silver Interferes With Drug Absorption“.)

Indeed, as demonstrated in the famous BYU Medical Center study, in many cases colloidal silver has a demonstrable additive effect on antibiotic drugs, which is to say, it tends to increase the efficacy of antibiotic drugs that have lost their effectiveness against certain pathogens.

Cystic Fibrosis patients may want to present this information to their specialist for further analysis and consideration.

Meanwhile, I’ll be back next week with another eye-opening article on colloidal silver.