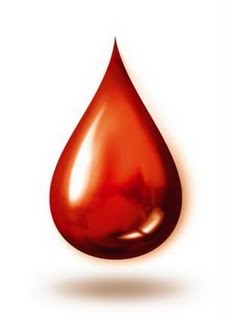 In the below referenced study, scientists have now demonstrated that small amounts of nanosilver can reduce blood clots by as much as 40%.

This thoroughly discredits the wild claims by the anti-silver environmentalists who state that silver somehow harms human cells, and that it actually causes blood to “clump” or thicken.

In fact, the study authors state, “Nanosilver appears to possess dual significant properties critically helpful to the health of mankind – antibacterial and antiplatelet – which together can have unique utilities, for example in coronary stents.”

In other words, nanosilver can prevent infections from taking place in coronary patients who may have stents implanted in their arteries, and it may also keep the blood platelets from clotting up and clogging the arteries leading to the heart.

Stated the researchers, “Our findings further suggest that these nanoparticles do not confer any lytic [i.e., cell-damaging – ED] effect on platelets and thus hold potential to be promoted as antiplatelet/antithrombotic agents after careful evaluation of toxic effects.”

In other words, the silver nanoparticles did NOT damage the red blood cells. Furthermore, the researchers say their findings indicate that after the nanoparticles are carefully evaluated for other potential toxic effects, they could be promoted as a remedy for blood clotting and blood coagulation.

Now, please don’t go injecting nanosilver into your veins in order to reduce blood clotting. That can seriously harm you, because injectible solutions need to be prepared isotonically by a professional in order to make them compatible for the human body.

Nevertheless, this brand new study does help put the lie to the sensationalistic claims of the anti-silver environmentalists, which are mostly based on extrapolations from bacterial studies conducted by clinics being funded by pharmaceutical companies. This independent medical study represents one more nail in the coffin of the anti-silver environmentalists.

Varanasi, India – Scientists in India report the discovery of a potential alternative to aspirin and other anti-platelet agents used to prevent blood clots.

The researchers said they’ve found the use of silver nanoparticles might prevent blood clots in coronary artery disease, heart attack and stroke patients.

The scientists said low levels of nanosilver particles injected into mice reduced the ability of platelets to clump together by as much as 40 percent with no apparent harmful side effects.

The nanoparticles “hold immense potential to be promoted as an antiplatelet agent,” the researchers said.

The news was reported by the American Chemical Society which said laboratory experiments indicate small amounts of the nanosilver injected intravenously reduce the ability of platelets to clump together – which forms the basis of life-threatening clots – by as much as 40 percent. It also said the procedure shows no apparent harmful side effects.

Writing in the June 23 issue of the journal ACS Nano the researchers stated, “Nanosilver appears to possess dual significant properties critically helpful to the health of mankind – antibacterial and antiplatelet – which together can have unique utilities, for example in coronary stents.”

If confirmed, the results may represent a breakthrough in the treatment and prevention of blood clots, giving patients a natural alternative to aspirin and anticoagulant drugs, some of which have caused serious side effects such as bleeding.