How Dr. Robert O. Becker’s Pioneering Work on Silver and Wound Healing Puts the Lie to the Anti-Silver Claims of the Radical Environmentalists 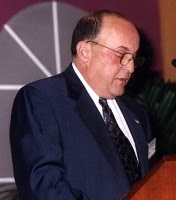 Radical environmentalists seeking to force the EPA to regulate silver as a human and environmental “toxin” continuously claim that silver is harmful to human cells.

But way back in the 1970’s Dr. Robert O. Becker, M.D., a pioneering surgeon at Syracuse Medical University, made a startling discover after he started using electrically generated silver ions to heal severe cases of osteomyelitis, a bone infection that can open up large wounds in a patient’s flesh.

By generating silver ions directly into open infected wounds through the use of a small, battery-operated colloidal silver generator operating at 0.9 volts –

– he found that not only did the silver effectively kill the infectious microorganisms responsible for the disease, but it also triggered amazing and quite unexpected re-growth of human tissue and bone at the site of the infection.

Becker became the first researcher to discover that electrically generated silver ions have the power to not only kill pathogens and heal infections, but also to stimulate tissue and bone re-growth.

Here is a pertinent quote from his study, “Effects of Electrically Generated Silver Ions on Human Cells and Wound Healing,” published in the journal Electro- and Magnetobiology 19(1), 1-19 (2000), describing what he discovered when he used small micro-currents of electricity to drive silver ions directly into damaged and infected wounds:

“A standardized technique was evolved using silver nylon fabric placed as the anode in open osteomyelitic lesions with the application of 0.9 volt DC between the fabric and a cathode of carbon-impregnated rubber.

The electrical current was provided by a simply battery-operated DC generator limited to 0.9 volts output. Initial treatments were limited to 4-hour periods twice a day.

As the bacteriologic monitoring revealed useful results and no overt local or systemic side effects were noted, the treatment time was gradually extended to be continuous, with once daily electrode removal and replacement with a new silver nylon anode.

…As the clinical study progressed, improvements in electrical generator design and the silver nylon fabric were made, with a resulting increase in antibacterial effect and the appearance of several unexpected clinical phenomena.

A profuse, sterile exudates began to appear in the wound during the second and fourth day of treatment.

Shortly thereafter it became evident that an enhancement of wound healing was occurring beyond that which could be attributed to infection control. Open cavities began to fill with abundant, healthy granulation tissue, producing rapid coverage of exposed bone surfaces.

This was followed by rapid ingrowth of full thickness, innervated skin and healing of bony non-unions. These observations have been under evaluation since 1979.”

Becker concluded his study by stating:

“Exposure of normal human cells in wounds to electrically generated free silver ions results in the production of an exudate containing approximately 10-15% of cells with the same primitive morphological characteristics (as stem cells).

Healing rates in these wounds are significantly accelerated and are accompanied by enhanced healing of bone, soft tissue, nerve and skin, with replacement of missing tissues by histologically normal tissues.”

In other words, tissue damaged by the infection was repaired, and grew back normally, in the presence of the electrically generated silver ions.

In a later study, “Induced Dedifferentiation: A Possible Alternative to Embryonic Stem Cell Transplants,” Becker wrote of his results:

“Induction of local tissue regeneration in humans would best be accomplished if the patient’s own cells at the desired site could be caused to dedifferentiate into the required embryonic stem cells.

A system involving the electric iontophoretic introduction of free silver ions into human wounds for their antibiotic effect has been in clinical use since 1975.

…The technique was found to produce the regeneration of all local tissues, apparently by stimulating dedifferentiation of mature human cells.

…Both silver ion treatment methods used have been shown to be safe and lacking significant side effects.”

In short, Becker proved that even when silver ions were electrically driven straight into damaged tissues, massive healing took place as mature human cells were triggered to become healing stem cells, resulting in the complete regeneration of injured tissue!

Becker continued to carry out his work on using electrically generated silver ions to stimulate wound healing and trigger re-growth of tissue throughout the 1970’s and 80’s.

This work included the development of astonishing new methods using electrically generated silver ions to trigger the re-growth of tissues, limbs and even organs in living creatures such as rats.

Becker later published two books documenting his amazing research, including his successes using electrically generated silver ions to heal wounds and re-grow tissues and bone, as well as his research into limb and organ regeneration.

The first book, titled The Body Electric, became a national bestseller in the 1980’s, as did his second book, Cross Currents.

Both books are highly recommended for anyone wanting to know more about the astonishing regenerative capabilities of electrically generated silver ions in regards to tissue growth and wound healing.

Were Becker alive today, he would probably roll his eyes in disgust at the environmentalist flim-flam taking place, in which silver is now being cast as a “dangerous toxin” to human and animal cells and tissues.

Neo-Luddite environmentalists who seek to remove silver-based products from the market and have them regulated as “dangerous environmental toxins,” completely ignore Becker’s studies –

– because they demonstrate beyond any shadow of a doubt that even when silver ions are slowly generated directly into a wound site, on a constant basis, for days on end, there are no apparent toxic effects.

As Becker noted in the study excerpt above, “…no overt local or systemic side effects were noted…” and “the technique was found to be a useful and safe clinical treatment.”

And as Dr. Becker would later state regarding his unique treatment method:

“All of the organisms that we tested were sensitive to the electrically generated silver ion, including some that were resistant to all known antibiotics…In no case were any undesirable side effects of the silver treatment apparent.”

Yet the radical environmentalists who are out to have silver products – including safe, natural colloidal silver – removed from the market place and hyper-regulated by the EPA as dangerous environmental “toxins”…

…continue to claim that silver is so toxic it is now “killing the planet” and causing “climate change.”

Who should you believe? Hyperbolic environmentalists who latch onto the silliest ideas to promote their far-flung theories? Or a bona-fide man of medical science with direct hands-on experience using silver to heal wounds and save lives?