The Colloidal Silver Assaults: A Week to Remember! 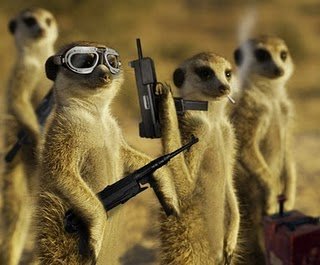 The powers that be have really been staging assaults against colloidal silver and other nanosilver products from every direction!

The EPA claims it’s a dire threat to the environment. Dr. Hildegarde Staninger claims it’s a “health hazard.”Environmental researchers at Purdue University claim it’s toxic to minnows and other wildlife. And Consumer Reports calls it a substance to be avoided at all costs.

All this, in one short week!

So what are they talking about? Plutonium? Depleted uranium? Mercury? Asbestos? Arsenic? Old lace?

Nope. They’re talking about tiny particles of natural silver found in products like colloidal silver. Yes, colloidal silver – arguably one of the safest and most beneficial natural substances on the face of the earth. So what’s all of the sound and the fury about? Here’s my take on the subject…

Well, it’s been one heckuva week, hasn’t it?

The powers that be have really been slamming colloidal silver and other nanosilver products from every direction.

In fact, it’s been something of a slaughterhouse. Absolutely relentless. But has any of it been justified? Or even remotely true?

Not a bit. There’s clearly been a concerted, all-out media assault taking place, which has been designed to demonize colloidal silver and other nanosilver products.

Thankfully, these efforts have been so ham-handed in nature that only the most naïve and gullible observers will believe the shrill accusations being made against silver-based products.

As you’ll see when you read this article and check out some of the links below, the assault on colloidal silver is very simply…in the words of Shakespeare… “much ado, about nothing.”

First, this week…we learned that the Environmental Protection Agency (EPA) is still trying to find ways to regulate nanosilver products, including colloidal silver.

Indeed, the EPA is apparently being swayed by specious arguments from environmental groups that nanosilver is a “new invention” with “unique attributes” that are “potentially toxic to the environment.”

These groups are pushing the EPA to regulate silver-based products (including colloidal silver) as “toxic environmental pesticides,” claiming such products need to be taken off the market until they can be “further studied in relation their effects on the environment.”

But are tiny particles of silver really a “new invention” with “unique attributes” that pose a threat to the environment? Or have they been around for…oh…centuries…and with no more harm to the environment than…say, dirt?

Learn the truth here, and see how the newly formed Silver Nanotechnology Working Group puts all of this environmental clap-trap into proper perspective with the facts the environmentalists don’t want you to know.

Next, this week…we saw the release of a new “study” by a Dr. Hildegarde Staninger, who claims that colloidal silver poses a “health hazard” to users.

Upon further examination it turns out that Dr. Staninger has been pushing some weird health concoctions made out of an old railroad de-greaser and a handful of other ingredients, and selling them through a shill company to victims of so-called Morgellons Disease – a debilitating condition which many people have experienced almost miraculous healings from by using, yes, colloidal silver!

Dr. Staninger’s new “study” turns out to be little more than a re-hash of the same, tired old charges against colloidal silver that have been refuted many times over – ad nauseum – for decades.

The study seems to have been written for the sole purpose of scaring Morgellons victims away from using safe and effective colloidal silver products, so Dr. Staninger can sell them more of the strange concoctions she’s pushing.

You can read more about the entire brouhaha here. Take note that since the publication of our original incisive analysis of Dr. Staninger’s “study,” she has taken the printed version down from her web site, and, in fact, has removed all of her “studies” from the site. Indeed, her entire site seems to have disappeared into thin air.

Shortly after that, this week…another bunch of environmentalists – this time environmental researchers at Purdue University – released a new study claiming that silver is toxic to fathead minnows.

Apparently, this new revelation is supposed to prove that silver-based products need to be heavily regulated because once silver gets into the environment it will kill all life forms in its path.

Yikes! You’d think we were talking about Klingons, here.

What the environmental researchers utterly fail to point out, of course, is that silver comes from the environment in the first place. In fact, the world’s oceans alone contain millions of tons of trace silver. Yet they’re teaming with life!

So much for that argument.

Nevertheless, you’ll be shocked when you read about the deceptive tactics these environmental researchers used while conducting their study in order to produce the apparently pre-determined conclusions they came up with!

Finally, this week…the prestigious Consumer Reports released an article claiming that colloidal silver is one of the “12 nutritional supplements you should avoid.”

The article contained no corroborating evidence whatsoever for the claims that colloidal silver can be harmful. And it quickly degenerated into a propaganda piece touting the need for additional regulation of all nutritional supplements by the Food & Drug Administration.

Hmmm. Who could be behind that, I wonder?

In other words, it was a carefully contrived scare piece – a literary “drive-by shooting” – designed to make gullible readers believe nutritional supplements are “unsafe at any speed” and are desperately in need of drug-like regulation by the all-seeing, all-knowing federal authorities.

What’s more, it turns out upon further research into this matter that the good folks at Consumer Reports have been issuing these sensationalistic “nutritional supplements you should avoid” reports since the early 2000s.

Interestingly, colloidal silver has never been named in their previous reports as a supplement to avoid…until now.

Does that mean colloidal silver was safe to use all of those previous years, but suddenly is not safe now? Or does it mean Consumer Reports simply ran out of scary-sounding supplements to write about, and decided to throw colloidal silver under the bus, along with the 11 other supplements they singled out this time around?

I’ll let you decide for yourself after you read my devastating critique of the Consumer Reports article here.

A Concerted Effort to Discredit and Destroy Colloidal Silver

… you can rest assured Big Pharma is lurking behind the scenes somewhere.

It was Big Pharma that tried unsuccessfully to have the FDA ban colloidal silver in the mid-1990s. And today, they’re trying to get it done through the environmental angle, using the media and naïve environmentalists to scare the public into believing any product with simple, natural silver in it is a threat on par with terrorism, rap music and the Hillside Strangler.

…Which of course is all the more reason to own the means of nanosilver production by obtaining a Micro-Particle Colloidal Silver Generator from The Silver Edge.

When you own the means of nanosilver production, you can make all of the high-quality, nanosilver you want – in its most potent and effective ionic form – any time you want, in the comfort and privacy of your own home. And you can do so for only about 36 cents a quart!

Discover what thousands of users of the brand new Micro-Particle Colloidal Silver Generator already know about these phenomenal little machines, and take back your freedom to make your own health care choices from a natural perspective – a freedom the bureaucrats are all too anxious to take away from you.

The time will come when colloidal silver will be banned, and even the little colloidal silver generators will no longer be legal to purchase. The laws governing devices that produce silver particles have already been slipped into the books. And all the EPA has to do is start widening and enforcing them.

That’s all the more reason to act quickly and decisively while these phenomenal little units are still available.

You can learn more about the new Micro-Particle Colloidal Silver Generator and its many unique benefits, here…